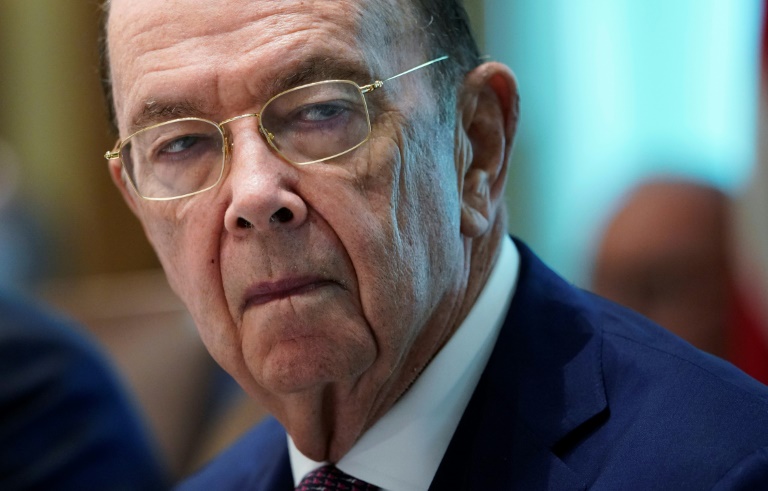 US Commerce Secretary Wilbur Ross has come under fire for saying he doesn't understand why some federal workers who are not getting paid during the government shutdown are using food banks. (Photo: AFP)

Donald Trump's billionaire commerce secretary fueled accusations Thursday that the US administration was deaf to the impact of the five-week-old government shutdown after saying he didn't understand why some federal workers were turning to food banks.

Wilbur Ross shrugged off the impact of the shutdown -- now in its 34th day -- saying workers should just take out loans to cover their expenses.

Asked by CNBC television whether he was aware that some federal workers were getting food from homeless shelters, Ross said: "Well I know they are and I don't really quite understand why."

Noting that the 800,000 federal workers currently working without pay will eventually receive their paychecks, Ross said "there's no real reason why they shouldn't be able to get a loan against it.

"The idea that it's paycheck or zero is not a really valid idea," he said, while adding that he did feel "sorry for the individuals that have hardship cases."

Ross's comments were ridiculed by Democratic House Speaker Nancy Pelosi, who is refusing to authorize the $5.7 billion in funding Trump wants to build a wall on the border with Mexico.

"They just don't understand what it means to live paycheck to paycheck," Pelosi said.

"They have Wilbur Ross saying he doesn't understand why when he was asked about people going to food lines and pantries," she told reporters.

"I don't know, is this the 'Let them eat cake' kind of attitude," she said. "Or 'Call your father for money,' or 'This is character building for you.'"

Kevin Hassett, chairman of the White House's Council of Economic Advisers, came under fire after suggesting on PBS Newshour earlier this month that federal workers were essentially getting free vacation.

"A huge share of government workers were going to take vacation days, say between Christmas and New Year's," Hassett said.

"And then we have a shutdown, and so they can't go to work," he said. "So then they have the vacation, but they don't have to use their vacation days.

"And then they come back, and they get their back pay," he said. "Then in some sense they're better off."

Trump has been asked repeatedly about the impact the shutdown has had on federal employees, many of whom are considered essential and are working without pay.

On several occasions, the president has just ignored the question but he has addressed it on others, claiming once in a tweet that "most of the people not getting paid are Democrats."

Asked on January 6 if he could relate to the "pain" of federal workers who can't pay their bills, Trump said "I can relate."

"And I'm sure that the people that are on the receiving end will make adjustment," he said.

Trump repeated that line in a January 15 speech at the American Farm Bureau Federation's 100th annual convention in New Orleans.

"Many people that aren't getting a payment, that aren't being paid, have let us know in the strongest of terms -- a big amount -- they said, 'Sir, what you're doing is of paramount importance,'" Trump said.

On January 20, Trump did tweet his appreciation to the government workers toiling without a paycheck.

"To all of the great people who are working so hard for your Country and not getting paid I say, THANK YOU - YOU ARE GREAT PATRIOTS!" he said.

As the shutdown continues, many air traffic controllers and Transportation Security Administration workers have been calling in sick.

"It's kind of disappointing that the air traffic controllers are calling in sick in pretty large numbers," Ross told CNBC. "They are eventually going to get paid."