WORLD Baghdad’s Green Zone, a barometer of war and peace

Baghdad’s Green Zone, a barometer of war and peace 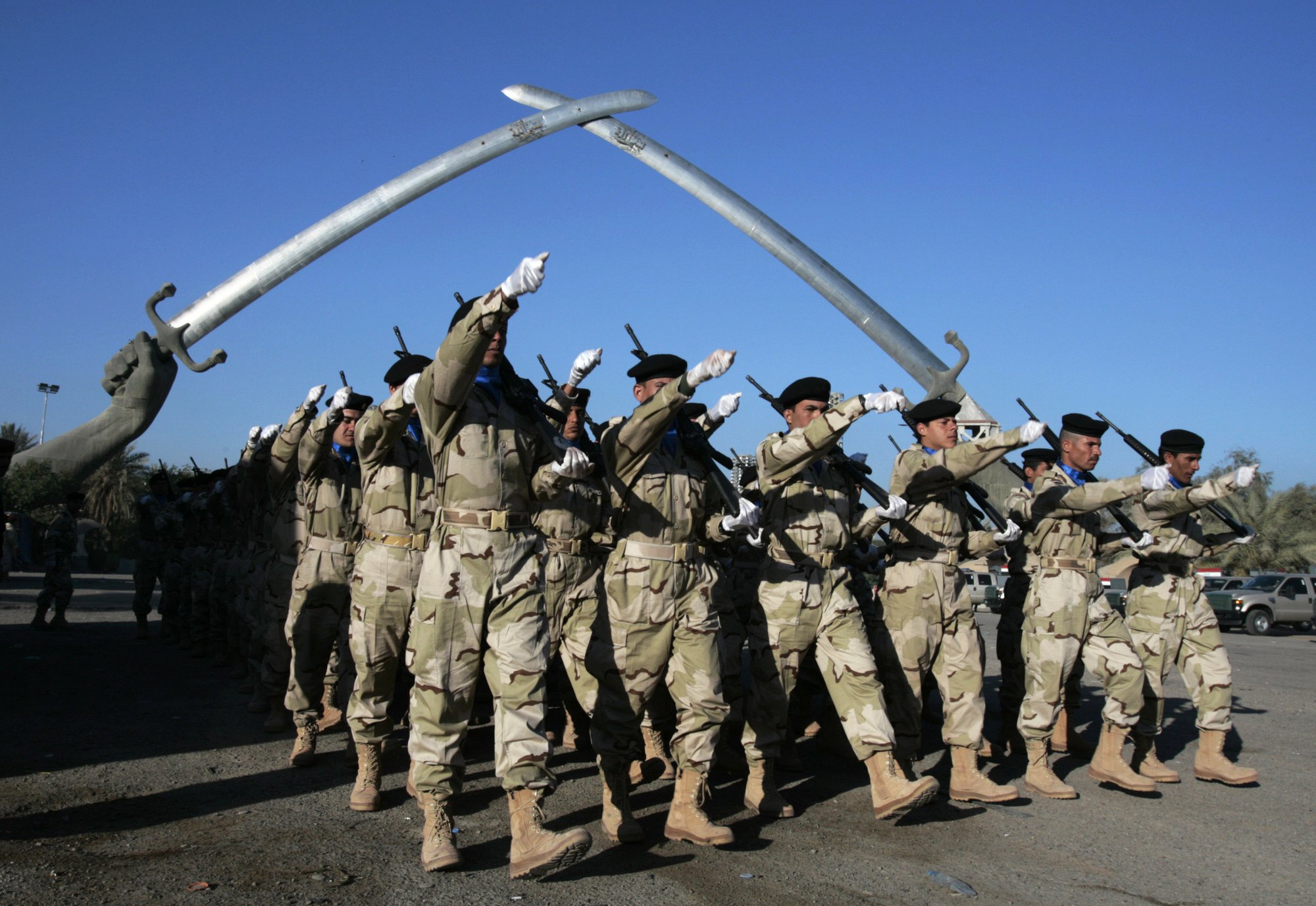 Baghdad’s Green Zone has been a barometer for tension and conflict in Iraq for nearly two decades.

The 4-square mile (10-square kilometer) heavily guarded strip on the banks of the Tigris River was known as “Little America” following the 2003 US invasion that toppled dictator Saddam Hussein. It then became a hated symbol of the country’s inequality, fueling the perception among Iraqis that their government is out of touch.

The sealed-off area, with its palm trees and monuments, is home to the gigantic US Embassy in Iraq, one of the largest diplomatic missions in the world. It has also been home to successive Iraqi governments and is off limits to most Iraqis.

Various attempts and promises by the Iraqi government to open the area to traffic over the past years have failed to materialize, because of persistent security concerns.

Here’s a look at the Green Zone, past and present:

Although not visible, security was always tight around the area, as Saddam Hussein’s presidential palace complex was located inside. So were the homes of some of Iraq’s top government officials. The road leading to the presidential palace had been closed for decades before the war.

The zone is also home to important Baghdad landmarks including the “Victory Arch” — a 40-meter (131-feet) tall arch of two swords held by bronze casts of Saddam’s hands to commemorate the 1980-88 Iran-Iraq war. The area is also home to the Monument of the Unknown Soldier, Baghdad’s famous clock tower and the renowned Rasheed Hotel, where entering guests had to tread over a mosaic of former US President George Bush placed on the floor after the 1991 Gulf War.

Every year in July, Iraq’s army held a massive parade marking the 1968 coup that brought Saddam’s Arab Socialist Baath Party to power and ruled the country until the US invasion in 2003.

The first strike by the US-led coalition in the early hours of March 20, 2003 struck Saddam’s Republican Palace inside what later came to be known as the Green Zone.

The area was seized by US military forces in April 2003 in some of the heaviest fighting as American troops swept into Baghdad. The neighborhood became home for the Coalition Provisional Authority, a transitional government established following the invasion.

The first step taken to set up the area was taken by Jay Garner, who at the time headed the reconstruction team and set up its headquarters at Saddam Hussein’s main palace.

The official name under the interim government was the International Zone, but the name Green Zone, al-Mintaqa al-Khadraa in Arabic, was more commonly used, because the area was safer than the rest of Baghdad, where explosions, kidnappings, sectarian killings and shootings soon became common. Blast walls and checkpoints were soon set up, and only people with special cards could enter.

Despite the blast walls, Shiite militiamen in eastern neighborhoods of the city commonly fired rockets into the Green Zone. Suicide attacks repeatedly struck at its gates, killing hundreds of people, including Americans.

At the height of the attacks, men reaching the gates of the area had to open their jackets and raise their shirts so that the guards knew they were not wearing explosive belts. Vehicles were thoroughly searched and bomb-sniffing dogs deployed.

One of the biggest security breaches occurred in April 2007, when a suicide bomber detonated his explosives in the cafeteria of the parliament building, killing eight people including three legislators.

In April 2016, supporters of populist Shiite cleric Muqtada al-Sadr launched an anti-government protest, angrily scaling up the blast walls, tearing down some of the Green Zone’s walls and stormed the parliament building in a major escalation of a political crisis that had simmered for months.

During America’s military occupation of Iraq, parts of the Green Zone were referred to by some as “little America” because of the US troops deployed around it, and American brands available inside. At one point, the Green Zone had at least seven bars, including a Thursday night disco, a sports bar, a British pub, a rooftop bar run by General Electric and a bare-bones trailer-tavern operated by the contractor Bechtel.

Then, the plushest tavern was the CIA’s watering hole, known as the “OGA bar.” OGA stands for “Other Government Agency,” the CIA’s low-key moniker. The OGA bar had a dance floor with a revolving mirrored disco ball and a game room. It opened to outsiders by invitation only.

There was also the Green Zone Cafe, a tent erected in the parking lot of a former gas station. On a typical evening, one could see US soldiers smoking from 4-foot-tall hookahs and security contractors laughing over beers, their machine guns by their sides.

A tiny back room at the cafe also held the green zone’s chief liquor store, where bottles of whiskey, vodka and wine were sold at approximately double the price charged outside the green zone’s blast walls.

The sealed-off zone also boasted gyms, a pizza parlor and a makeshift casino that had a glorified game room.

Its name was adapted for the 2010 Matt Damon action thriller “Green Zone,” about a US army officer hunting for weapons of mass destruction.

ALL IN THE PAST?

There has been talk for years that restrictions would be lifted in the Green Zone, first by then-Prime Minister Haider al-Abadi in 2015.

The UN envoy to Iraq, Jeanine Hennis-Plasschaert, told a UN Security Council meeting earlier this month that “very soon the Green Zone will no longer exist.”

Only a few days earlier, a rocket was fired into the Green Zone, landing less than a mile from the sprawling US Embassy.

Eager to show the war-scarred nation is returning to normal, Abdul-Mahdi is now promising to open it to the public on the first day of Eid al-Fitr, the upcoming holiday marking the end of the Muslim holy month of Ramadan.

“Once the area is fully opened, all Iraq will be green,” said Lt. Gen. Mohamed Hamid Kadhim.