Baghdad's Green Zone opens its gates to public after 15 years 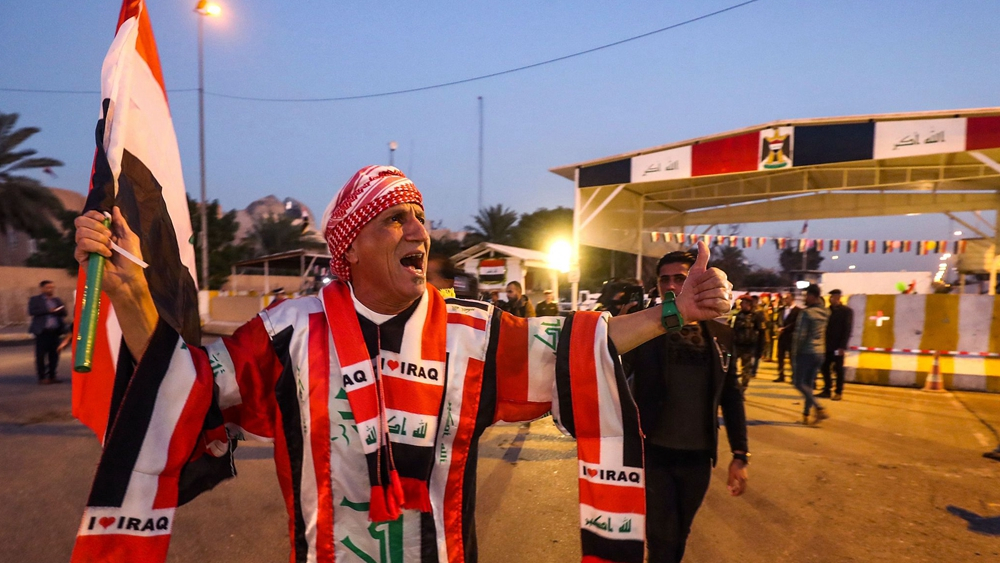 Iraqis celebrate in the street after it was announced that Baghdad's Green Zone would reopen on December 10, 2018. (Photo: VCG)

Most Iraqis are expected to get access to the heavily fortified heart of Baghdad, as the tall concrete walls and barbed wire that have closed off the area for nearly 15 years are finally coming down.

The Green Zone, covering ten square kilometers in central Baghdad, has been partially open to the public since December 10 for a two-week trial period that is likely to become permanent.

At present, vehicles are allowed to traverse the area from 5 pm to 1 am along the hanging bridge.

It is important to notice that side roads where Iraqi officials are based remain closed and government buildings and foreign missions continue to be under heavy security and surveillance. 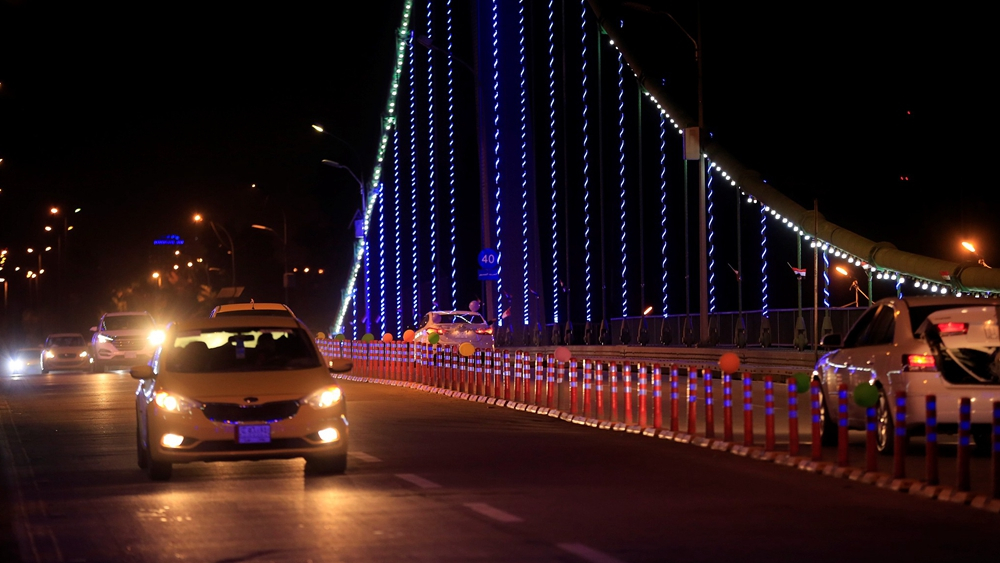 After the United States-led forces invaded Iraq in 2003, the neighborhood, where former ruler Saddam Hussein's palace was located, was cordoned off by the U.S. military, which set up its headquarters there.

The Green Zone, that later housed the U.S. embassy and the Iraqi parliament, became a symbol of the U.S. occupation and estranged many Iraqis from their government.

Local residents received the partial opening with celebrations as Iraqi flags hang from car windows, families cheered on the government after entering the Green Zone.

However, Iraqis hope more things will be done to return Baghdad to its former self. 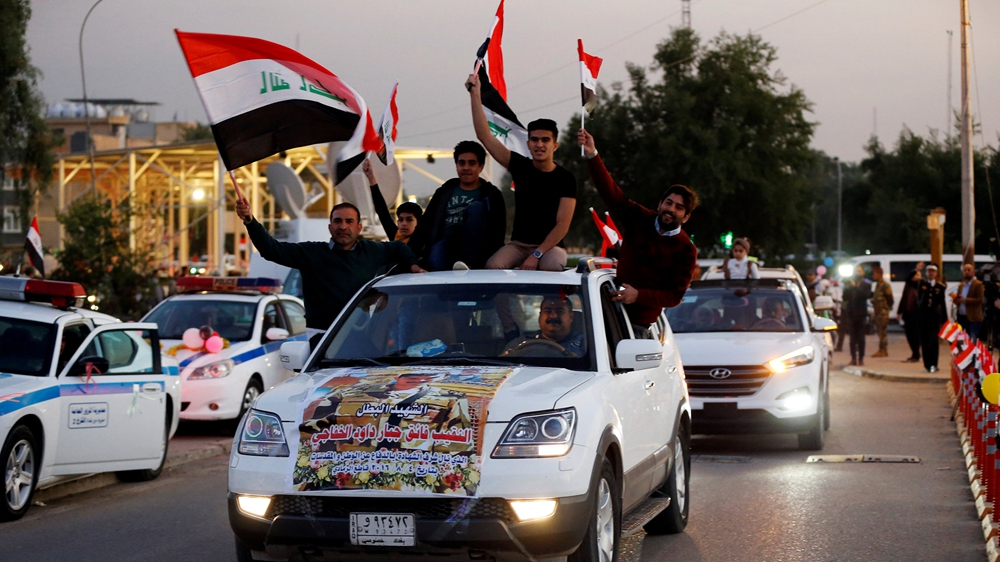 Cars drive past over a suspension bridge in the Green Zone in Baghdad, Iraq, December 10, 2018. (Photo: VCG)

The reopening, ordered by Iraqi Prime Minister Adel Abdul Mahdi, coincided with the first anniversary of Baghdad's victory over ISIL, the armed group that had overtaken large parts of the country since 2014.

"This is a reason for real celebration," Adnan Qureishi, a journalist and Baghdad resident, was quoted by Al Jazeera as saying.

The journalist added that the area has an important place in Iraqis' memory.

The opening of the Green Zone is reported to relieve the traffic problem, which has troubled the city with nearly nine million residents. 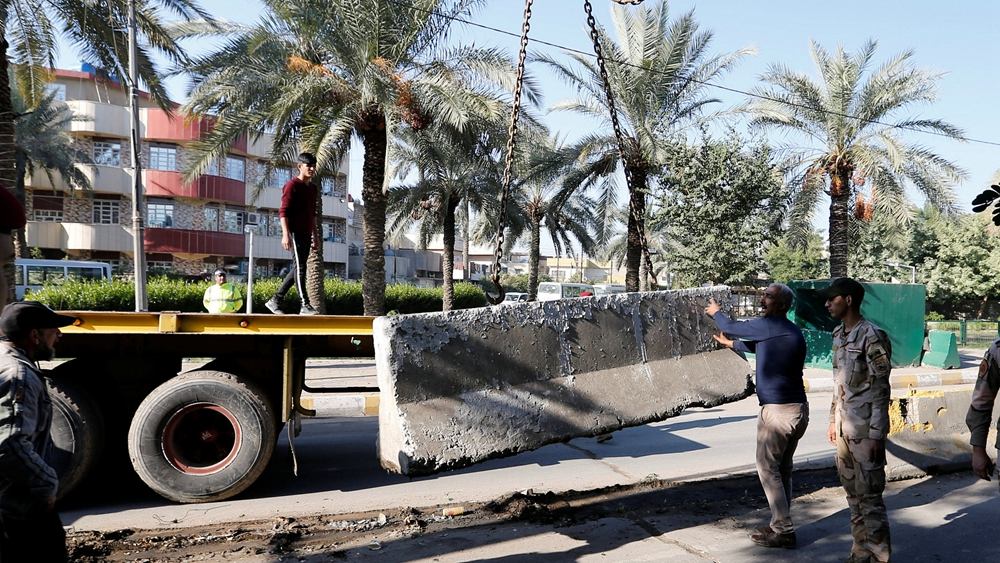 Iraqi security forces and workers use a crane to remove a concrete barrier on a street leading to Green Zone in Baghdad, Iraq, November 28, 2018.  (Photo: VCG)

Due to the reopening of the heavily fortified zone, two of the capital's key thoroughfares have helped reduce the city's heavy road congestion.

"The reopening, even if partial, has brought our city a sense of relief," Ammar Waleed, spokesperson for the Iraqi traffic police told Al Jazeera.

Since the US military withdrew from Iraq in 2011, several Iraqi leaders had promised to reopen the zone. However, only in 2015, the zone was reopened for several days and closed due to officials' security concerns.

This time, though there are no guarantees the reopening will be permanent, there are promising signs the government will keep its word on the matter this time. 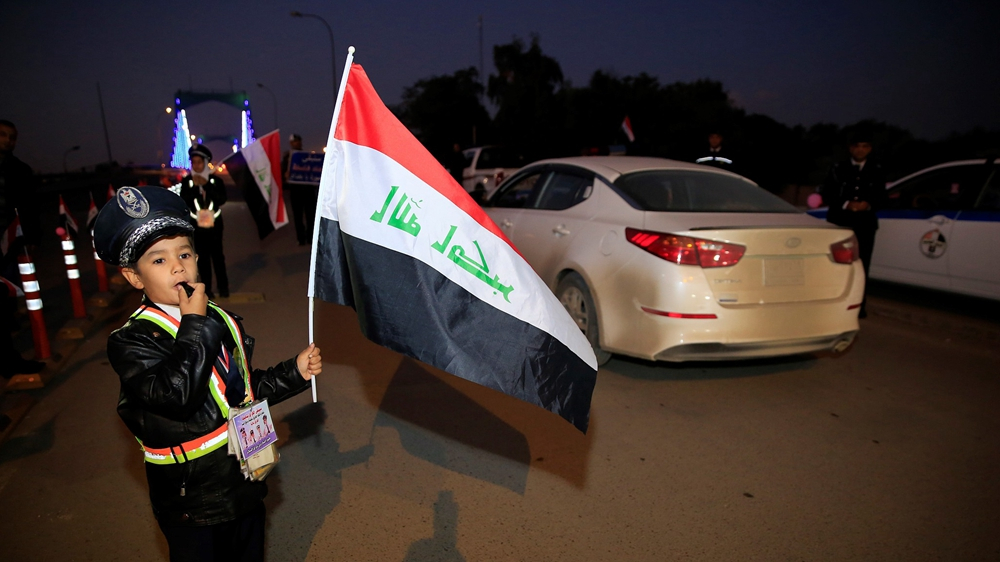 "It's definitely different this time. The government has made a real promise and the threat of ISIL is no longer present," Hakeem Abdul Zahraa, spokesman for the Baghdad mayoralty, told Al Jazeera.

The US Embassy in Baghdad had not yet responded to an invitation to comment on the Green Zone reopening.