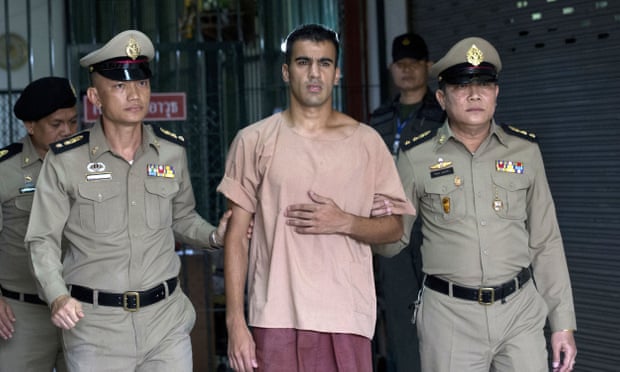 MANAMA, Feb. 11 (Xinhua) -- Bahrain's Foreign Ministry said on Monday that the country will continue to take all "necessary legal actions" against fugitive footballer Hakeem al-Araibi, despite the government's earlier decision to drop the extradition case against the sportsman.

Last November, the 25-year-old Bahraini citizen was arrested during a honeymoon in Thailand at the request of the Bahraini government.

The footballer was sentenced by a Bahraini court to 10 years in jail in absentia in 2014 for setting fire to a police station.

He then fled to Australia, where he was granted refugee status in 2017 and now plays for one of the semi-professional clubs in Melbourne.

His extradition hearing had been scheduled for April 22, but the Thai Attorney-General's Office said on Monday that Bahrain had unexpectedly dropped the case.

"The guilty verdict against al-Araibi remains in place and al-Araibi holds the right to appeal this court verdict at Bahrain's Court of Appeal," said the Bahraini Foreign Ministry in a statement.

Bahrain issued an international arrest warrant against al-Araibi after the footballer fled the country awaiting legal trial, the ministry added.