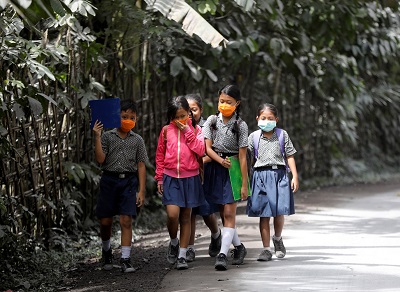 School children wear masks as they walk in an area affected by volcanic ash from nearby Mount Agung volcano, in Karangasem Regency, Bali, Indonesia, November 29.Photo:Reuters 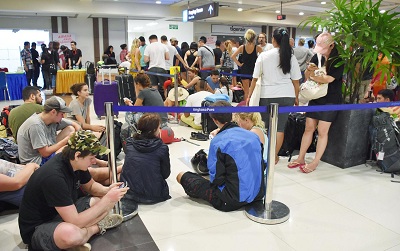 Air transport authority prolonged again closure of international Ngurah Rai airport in Bali resort island of Indonesia on Wednesday as Mount Agung volcano keeps erupting, an official said.
The extension kicked off at 02:16 a.m. local time Wednesday (2016 GMT Tuesday) and will terminate at 07:00 a.m. local time Thursday (0100 GMT), said Wisnu Darjono, director of AirNav Indonesia, a state firm providing aviation services.
"The spread of volcanic ash remains covering air space above the airport," he told Xinhua in a text message. The ash is heading to the south of the crater with 15 knots in speed, the official said. 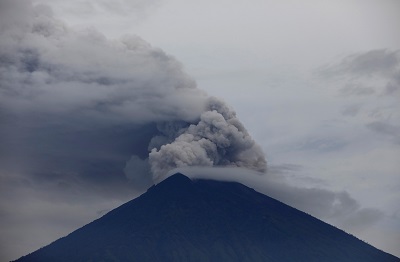 Cyclone in waters of Southern Java has also accelerated spread of the ash, according to the meteorology and geophysics agency.
To help address the aviation problem, the authorities have provided several nearby alternate airports.
Over 200,000 foreign visitors come into Bali resort island per month, according to the national statistics bureau.