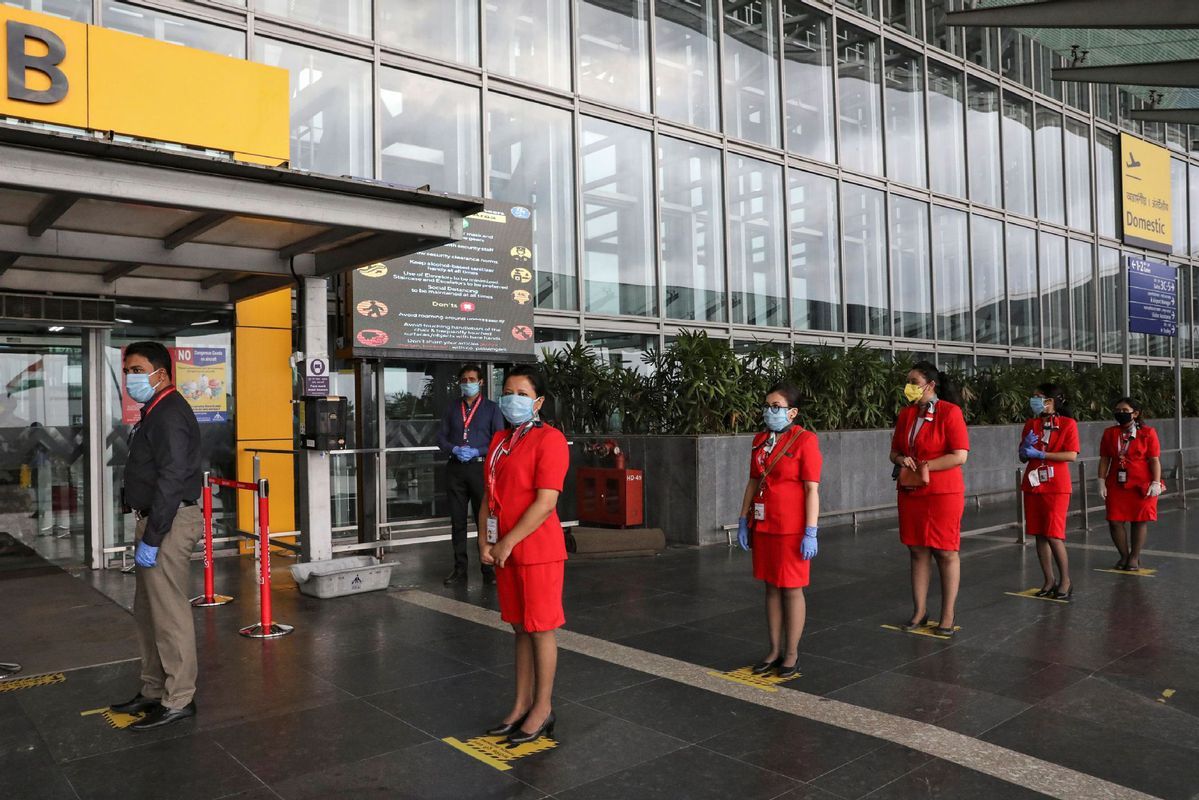 Air Asia staff members stand on social distancing markings, as they wait to enter Netaji Subhas Chandra Bose International Airport (CCU), after the government allowed domestic flight services to resume, during an extended nationwide lockdown to slow the spread of the coronavirus disease (COVID-19), in Kolkata, India, May 27, 2020. (Photo: Agencies)

NEW DELHI - The ongoing ban on flight arrivals from six Indian cities to the eastern state of West Bengal's Kolkata airport has been further extended until Aug 15, officials said Friday.

As per the previous directive, the ban was supposed to end on Friday (July 31).

The airport authorities have extended the ban on request of the local government of West Bengal to restrict movement from cities where coronavirus cases are high.

"The restriction on arriving flights to Kolkata Airport from 6 cities viz Delhi, Mumbai, Pune, Chennai, Nagpur and Ahmedabad has been extended up to 15th August 2020," a statement put out by Kolkata airport on social media on Thursday evening said.

The ban was initially imposed on July 6 and was supposed to remain in force until July 19. However, it was subsequently extended up to July 31.

The decision was part of local government's stepped up efforts to contain the spread of COVID-19.

Local government in West Bengal on Tuesday announced an extension in partial lockdown until Aug. 31 to curb COVID-19.

India resumed domestic passenger flights from May 25, after the suspension of service for two months following the nationwide COVID-19 lockdown.

According to the federal health ministry, West Bengal is the seventh-worst affected state in India with recorded 67,692 coronavirus cases including 1,536 deaths.