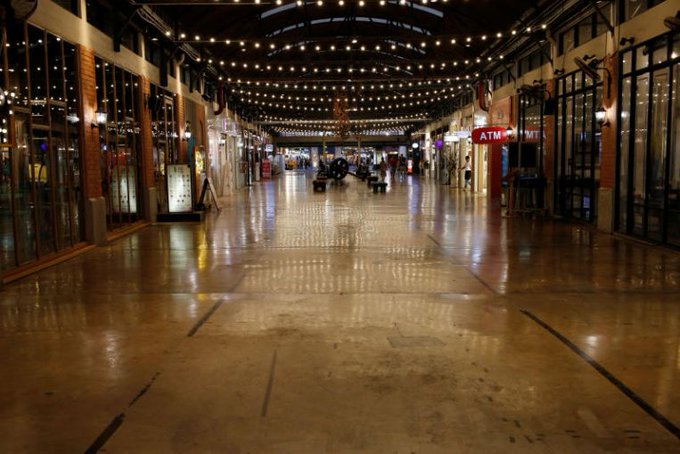 BANGKOK, April 1 (Xinhua) -- Bangkok is forcing a partial shutdown to all retail stores, convenience stores and cell phone shops to curb the COVID-19 spread in the capital city, beginning on Wednesday night.

Bangkok Governor Aswin Kwanmuang confirmed on Wednesday that the partial shutdown to all retail stores, convenience stores and cell phone shops throughout Bangkok is effective between midnight and 05.00 a.m. from Wednesday until the end of this month.

People have usually visited those crowded places even late at night, unknowingly risking infection, according to the Bangkok governor.

Department stores and discount stores throughout the capital were earlier ordered closed until April 12 except for supermarkets, restaurants and food shops in their premises to remain open only for take-home orders.

Nevertheless, the Bangkokians are not being legally prohibited from leaving home either in the daytime or night time though authorities have insisted they stay home as much as possible instead of risking infection outdoors, according to Thaveesilp Wisanuyothin, spokesman of the Center for COVID-19 Situation Administration.

The number of cases of COVID-19 infection has remained high in Bangkok and the outlying provinces partly because many people have continued to leave home and go to places daily, he said.

In several provinces, a curfew has been imposed by respective provincial governors to keep local villagers from leaving home during specified hours in the night.