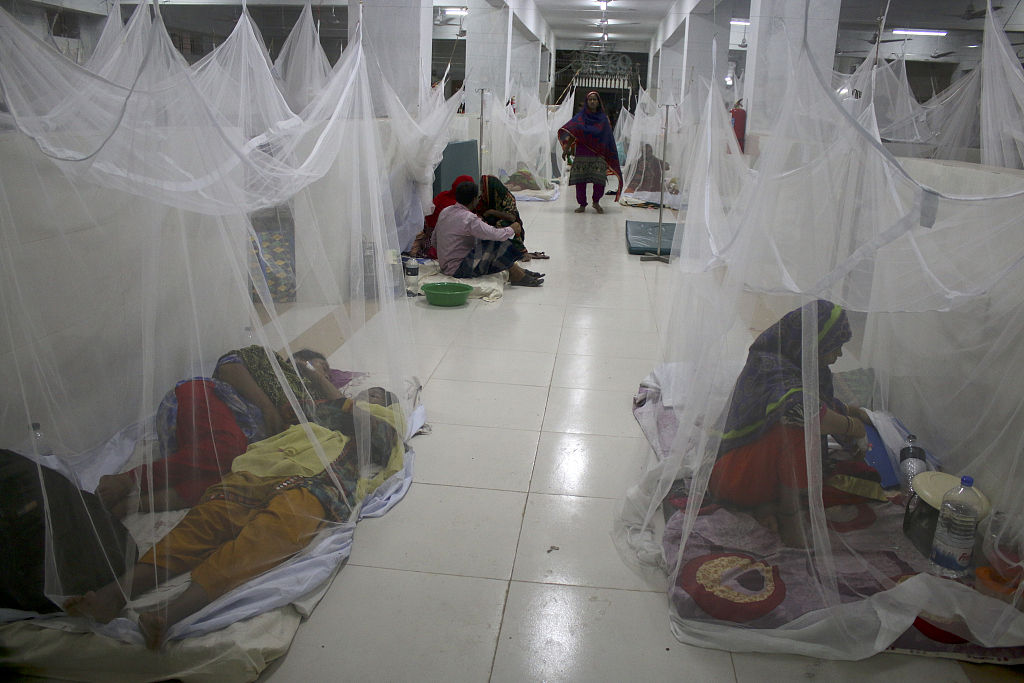 According to the latest figure reported by the Directorate General of Health Services (DGHS) under the Ministry of Health, the deaths included two in April, six in June, 35 in July, 57 in August and four last month.

Based on the latest DGHS statistics, it seemed that dengue fever cases were on a downward trend in the country this month.

A total of 217 dengue fever case were reported in the 24 hours till 8:00 a.m. local time Monday, the DGHS data showed.

The mosquito-borne Dengue fever took an alarming turn in Bangladesh with a total of 93,807 cases from Jan. 1 to Oct. 21 as compared to 10,148 cases and 26 deaths in the country last year.