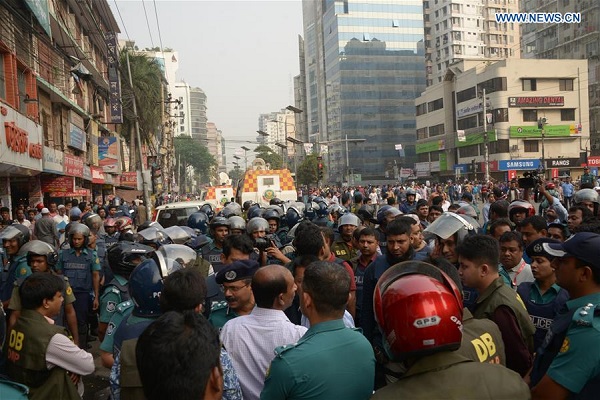 As the opposition started the showdown, battle between police and the activists erupted.

The activists fought police with brickbats in front of their headquarters at Naya Paltan in Dhaka, leaving dozens of people including law enforcers and BNP activists injured.

Television footage showed the fighting between police and opposition activists who reportedly set fire to a police van and several private cars in the area.

They have also vandalized several vehicles. The street battle last for about an hour. 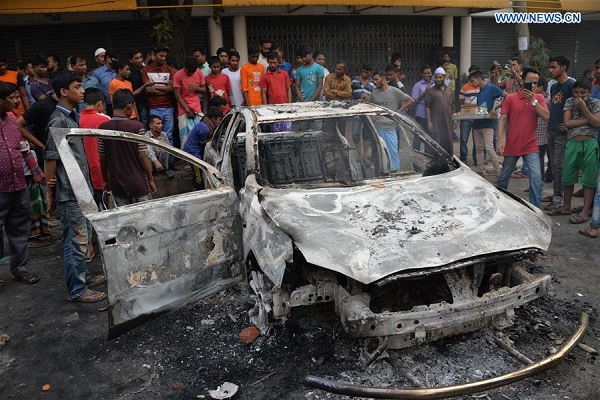 People gather around a burned car during an opposition party demonstration in Dhaka, Bangladesh, Nov. 14, 2018.