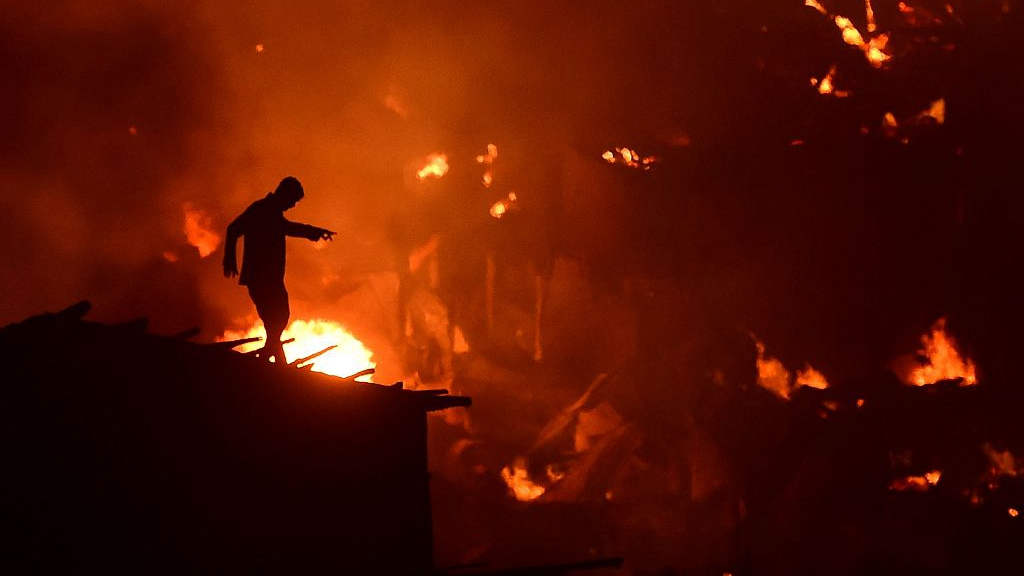 DHAKA -- At least 13 people have died in a devastating fire at a plastics factory in Keraniganj on the outskirts of Bangladesh's capital Dhaka.

Another 20 people are still taking treatment for injuries at the Dhaka Medical College and Hospital (DMCH).

The Fire Service and Civil Defence brought the blaze at the Prime Pet and Plastics Industries Limited under control at around 5:45 pm local time on Wednesday after a hectic effort of half an hour.

A total of 32 people were admitted to the DMCH's National Institute of Burn and Plastic Surgery following the fire devastation.

"Twelve more people died from Thursday dawn to afternoon from injuries sustained during the devastating fire, bringing the confirmed death toll from the disaster to 13," Ariful Islam Nabin, Resident Surgeon of the burn unit of DMCH, told journalists on Thursday afternoon.

According to the officials, the tin-roofed factory used to produce one-time plates and cups. The cause of the blaze in factory is still unclear, but it may have triggered by a faulty gas cylinder.

Factory fires are common in Bangladesh, where safety conditions are often poor. Bangladesh suffered worst every industrial tragedy in 2013 when the Rana Plaza garment factory complex collapsed in Savar on the outskirts of capital Dhaka, killing 1,135 people.