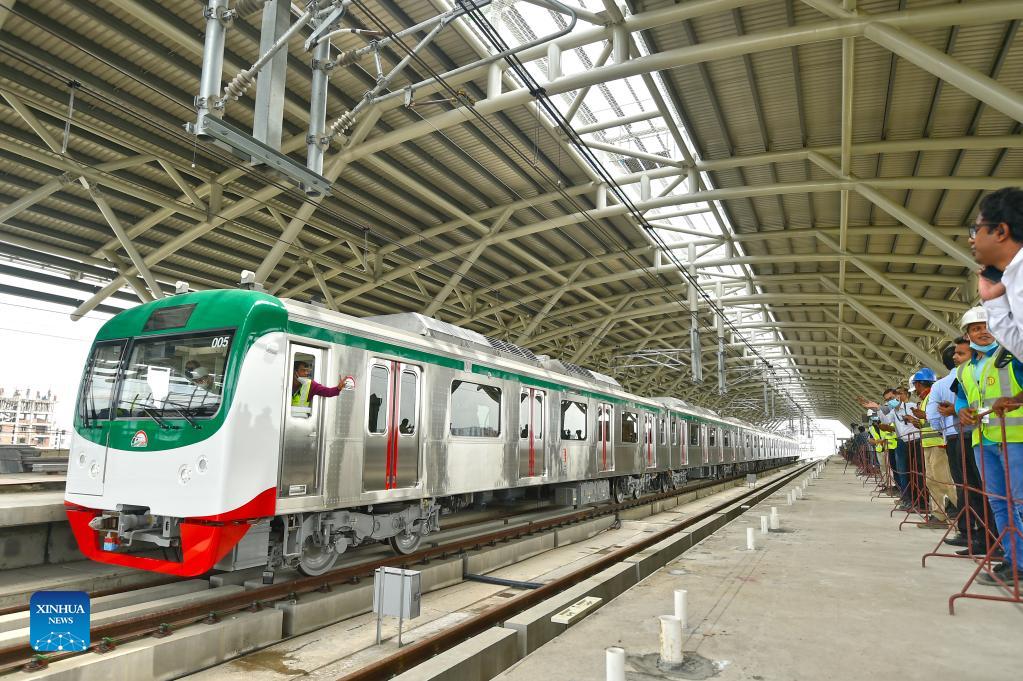 He said that all sorts of construction works were completed and the MRT Line-6 was ready for commercial operation.

Dhaka Mass Transit Company Limited (DMTC), a Bangladeshi state-owned enterprise is behind the 20.1-km metro, with work being carried out by Thai, Chinese, Japanese, Indian and Bangladeshi companies.

A Joint Venture (JV) between China's Sinohydro Corporation Limited, a subsidiary of Chinese state-owned PowerChina, and Italian-Thai Development (ITD) Public Company Limited, a Thai company, had been building the main depot for the MRT Line-6 in Dhaka since 2017 at a cost of about 180 million U.S. dollars.

The metro will eventually cover large parts of the city. The first train made a trial run in August on a section of the line with 16 elevated stations.