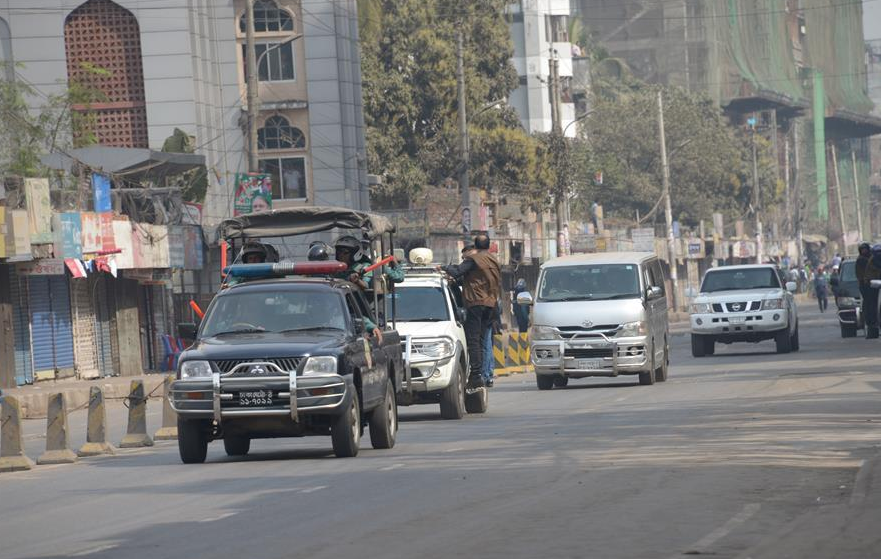 In April last year, the wheelchair-bound Zia was shifted to the hospital when she fell ill and has remained there ever since.

Zia, chairperson of Bangladesh Nationalist Party (BNP), has been in jail since February last year after a court sentenced her over the alleged embezzlement of foreign funds.

In July this year, Khaleda filed a petition in the High Court seeking bail on medical grounds in the Zia Charitable Trust corruption case in which she was jailed for seven years.

Her party leaders want her to be released for treatment abroad as, they say, her health kept deteriorating.

"Unprecedented chaos" by pro-opposition lawyers forced the chief justice to quit the court room during a hearing on Zia's bail plea on Dec. 5. The chief justice had then deferred the proceedings till Dec. 12.

Also on Thursday, pro-BNP lawyers brought out a procession on the apex court premises and chanted slogans of "We want justice" and "Bail for Khaleda."