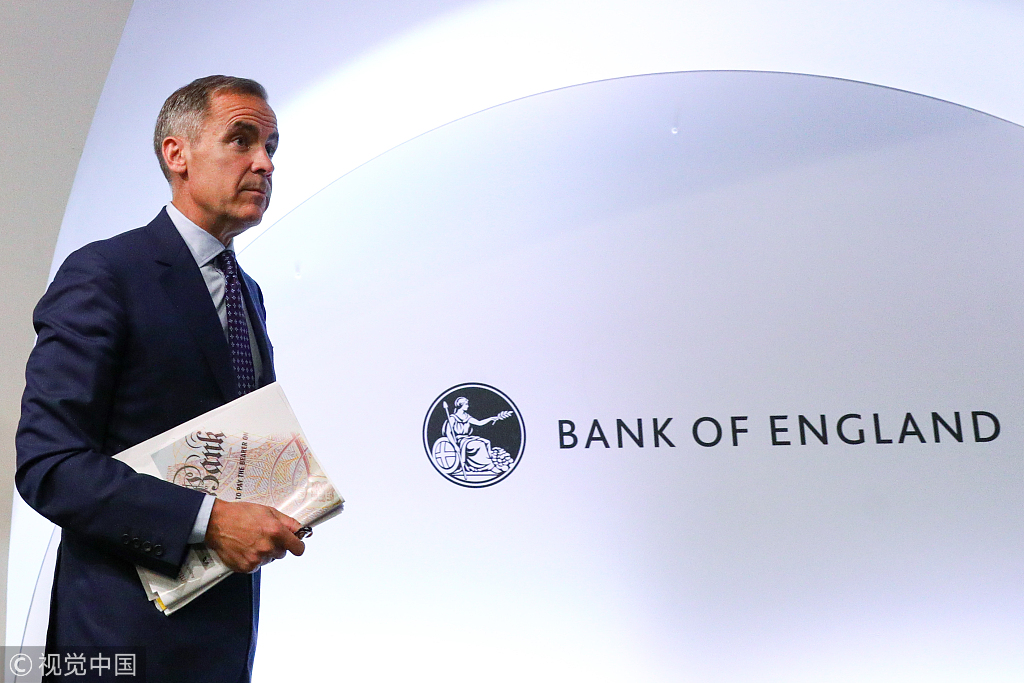 Speaking in parliament, Hammond said BoE governor Carney had agreed to prolong his stay by seven months "in order to ensure continuity through what could be quite a turbulent period for our economy in the early summer of 2019".

Britain is set to leave the European Union in March.

Chancellor of the Exchequer Hammond added in a statement that he was "delighted that the governor has agreed to stay in his role for a further seven months to support a smooth exit from the European Union and provide vital stability for our economy".

In a letter to Hammond, Carney said he recognised "that during this critical period, it is important that everyone does everything they can to support a smooth and successful Brexit".

Carney added: "Accordingly, I am willing to do whatever I can in order to promote both a successful Brexit and an effective transition at the Bank of England and I can confirm that I would be honoured to extend my term to January 2020."

A week ago, Carney had confirmed that he had held talks to extend his tenure.

The Canadian national began his governor role in 2013, stressing his intention at the time to serve only five years of an eight-year term for personal reasons, meaning he would step down in 2018.

However in October 2016, Carney agreed to remain at the helm for one more year amid Brexit negotiations between London and Brussels.

Before moving to London, Carney served as governor of the Bank of Canada, where he won praise for guiding the country through the global financial crisis relatively unscathed.

Ahead of his career as a central banker, Carney had previously worked for 13 years at US banking giant Goldman Sachs.