The Bank of England on Thursday kept its main interest rate at a record-low level, but warned inflation would temporarily spike above 3.0 percent as the economy reopens. 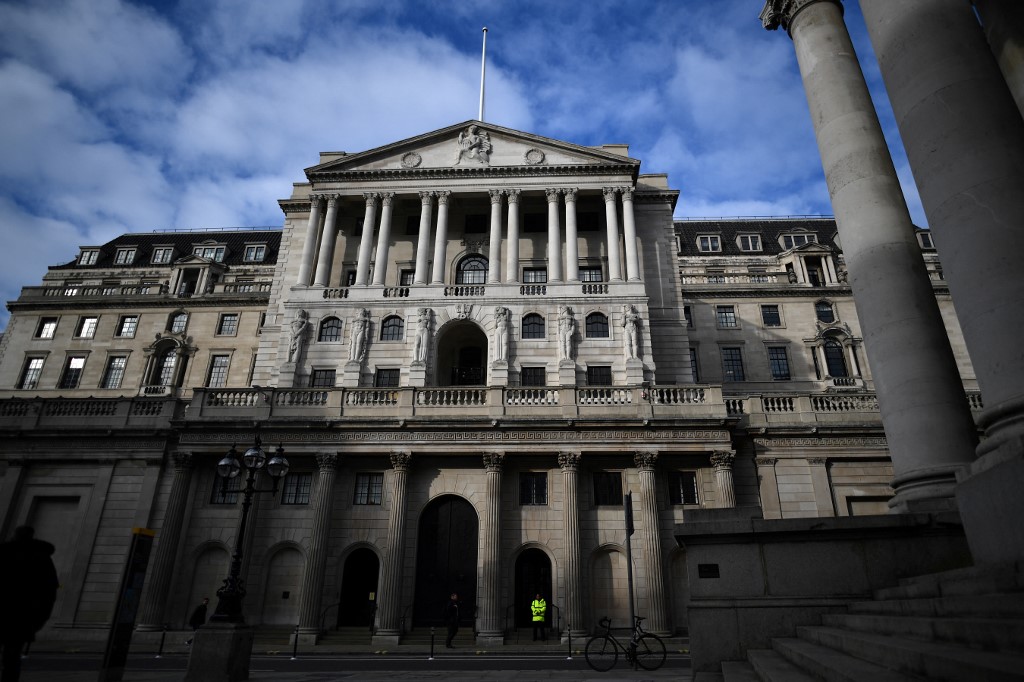 The decision comes as the world's top central banks grapple with fears of an inflationary spike, fuelled by commodity price gains, and worries over the health of post-Covid economic recovery.

The BoE's monetary policy committee (MPC) announced in a statement that it has frozen borrowing costs at 0.1 percent and also maintained its stimulus amount.

The pound dipped slightly against the dollar and euro after the decisions, which were in line with market expectations.

"The committee's expectation is that the direct impact of rises in commodity prices on CPI inflation will be transitory," read minutes from the gathering.

"More generally, the ... central expectation is that the economy will experience a temporary period of strong GDP growth and above-target CPI inflation, after which growth and inflation will fall back."

"Inflation is expected to pick up further above the target, owing primarily to developments in energy and other commodity prices, and is likely to exceed 3.0 percent for a temporary period," the BoE warned.

The BoE's assessment broadly mirrors that of both the US Federal Reserve and European Central Bank, which both kept their own ultra-low rates and economic support measures intact in recent weeks, insisting also that high inflation would be temporary.