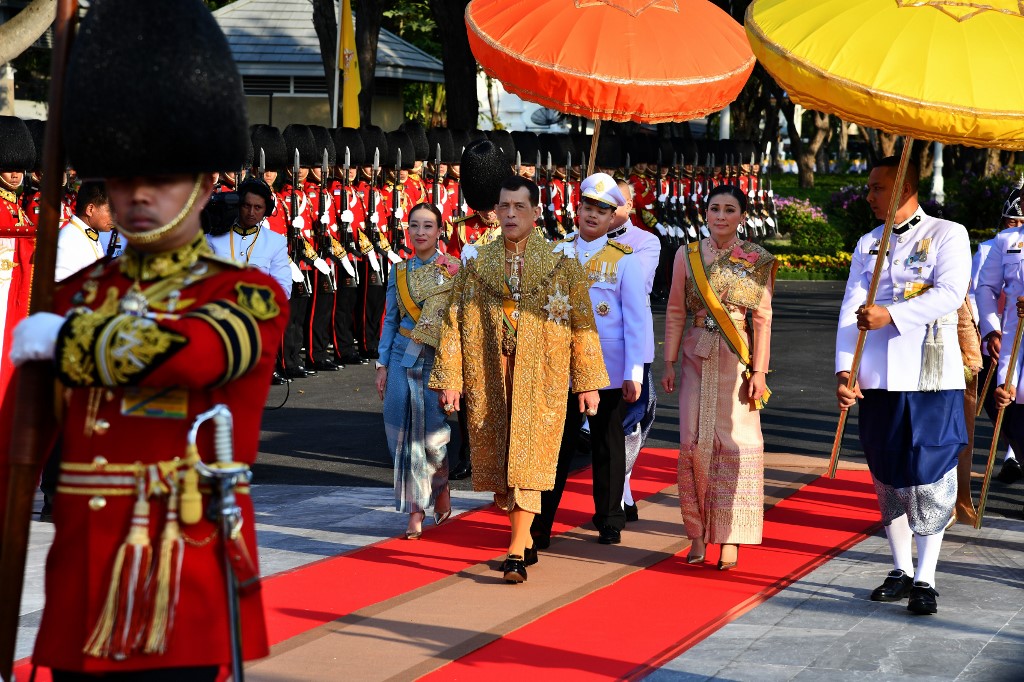 BANGKOK, Nov. 27 (Xinhua) -- The Thai central bank said on Friday that it has been granted royal permission by King Maha Vajiralongkorn to print commemorative banknotes to mark his coronation last year as King Rama X.

The commemorative banknotes, which will be issued on Dec. 12, marking the anniversary of the Royal Barge Procession, are intended to be part of the national historical record, the Bank of Thailand (BoT) said on its website.

The 1,000-baht banknote is designed in a vertical format, with the unique dynamic color-shifting image as an advanced counterfeit deterrent, while the size and security features of the 100-baht banknote are the same as the notes currently in circulation but with the color theme changed to yellow, the BoT said.

The reverse side of the notes depicts images reflecting the Royal Coronation Ceremony in 2019.

The commemorative banknotes can be exchanged at any commercial or government bank.

Also, the 100-baht banknotes can be withdrawn from the designated automated teller machines (ATM) across Thailand.