Bannon appeals to Jews to join war on GOP establishment 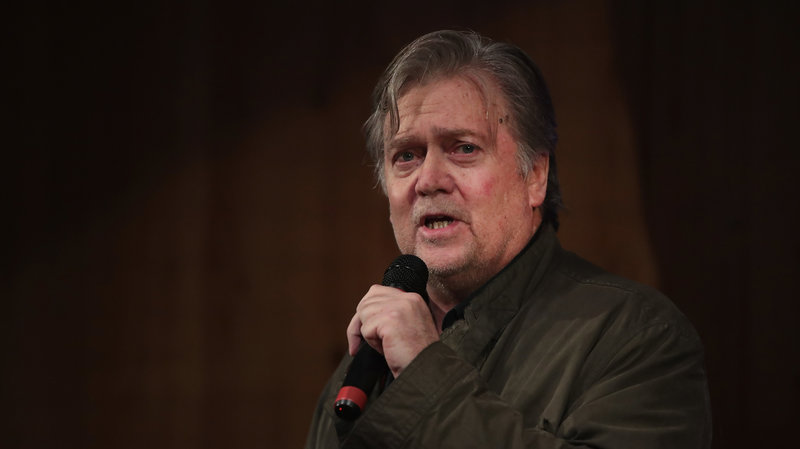 Steve Bannon speaks at a campaign event for Republican candidate for the Senate in Fairhope, Ala. on September 25. Photo: VCG

President Donald Trump's former chief strategist is calling on American Jews to join his war on the Republican establishment.

Steve Bannon appealed to the Zionist Organization of America on Sunday night to "work as partners" in his crusade against GOP leaders he blames for blocking Trump's agenda.

Bannon made the appeal during a speech at the organization's award dinner in New York City.

The fiery Trump loyalist blamed the GOP establishment for the Iran nuclear deal with world powers. He also blamed it for allowing the U.S. government "to finance people that have blood on their hands of innocent Jewish civilians."

Bannon said the nation is at war and that it would be won only "if we bind together and work as partners."