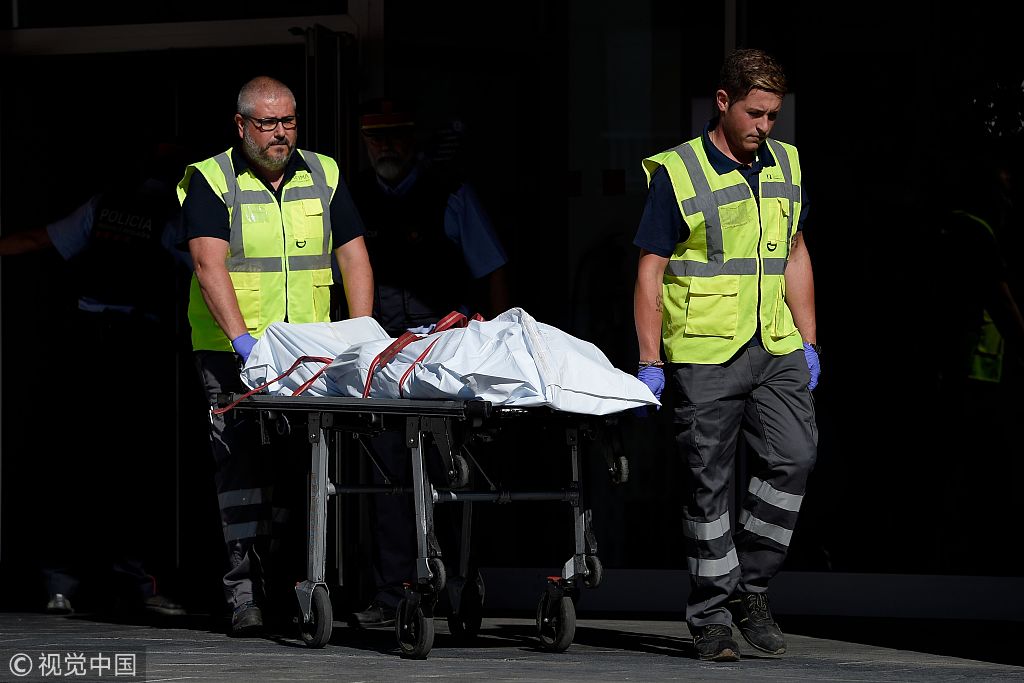 The body of a man who tried to attack a police station is carried out of the premises in Cornella near the northeastern Spanish city of Barcelona on August 20, 2018. (Photo: VCG)

An assault on a police station by a knife-wielding man who was shot dead by an officer in northeastern Spain is being treated as a "terrorist incident," police said Monday.

"We are treating it as a terrorist attack. The officer used his gun to save his own life," Rafel Comes, a commissioner with the Catalan regional police, told a news conference in Cornella de Llobregat where the attack took place.

The man entered a police station in Cornella, near Barcelona, just before 6:00 am (0400 GMT) "to attack the officers" and was "shot down", Catalonia regional police said on Twitter.

Officers searched the man's home, which was located just a few hundred metres (yards) from the site of the attack.

The incident occurred just days after the first anniversary of a deadly jihadist rampage in Catalonia.

Sixteen people were killed on August 17, 2017 when a van drove into crowds on Barcelona's popular Las Ramblas boulevard and in a knife attack in the nearby resort of Cambrils.