While there has been no official announcement on Lionel Messi's arrival, Paris Saint-Germain (PSG) supporters are convinced that the six-time Ballon d'Or winner will become the biggest name to grace the Parc des Princes stadium since Qatari owners bought the club 10 years ago. 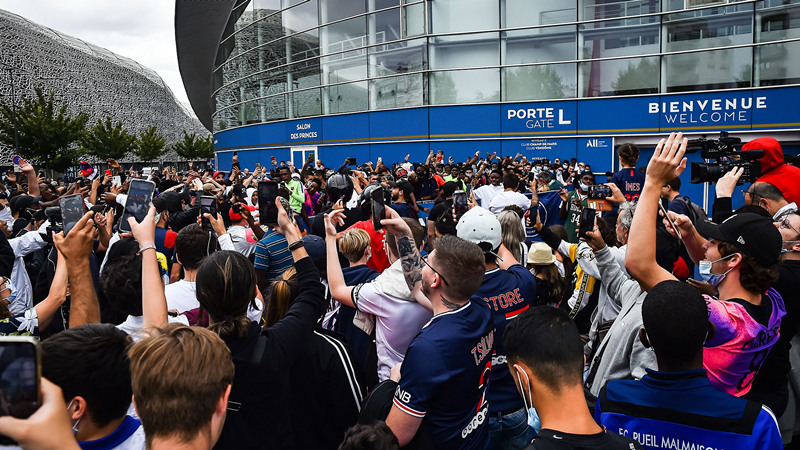 Le Parisien reported that several hundred fans gathered outside the stadium and Le Bourget airport in Paris on Monday, hoping to catch a glimpse of the former Barcelona legend after rumors surfaced that the 34-year-old would land the French capital to sign a much-anticipated deal.

To their disappointment, Messi didn't show up and a move to Ligue 1 giants PSG might not go as smoothly as they expect. 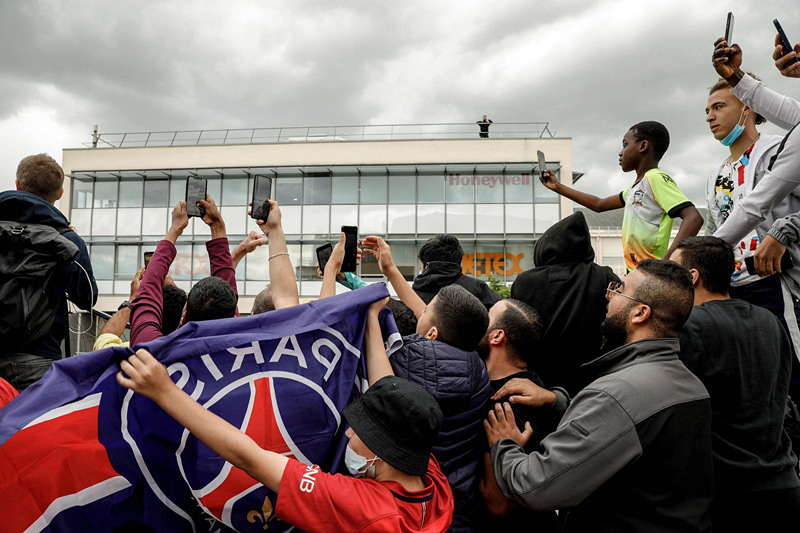 Supporters look vainly for Lionel Messi on an aircraft that just landed as they gathered outside Le Bourget airport in Paris, France, August 9, 2021. /CFP

According to documents seen by Reuters, a Barcelona member has filed complaints with a French court and with the EU's European Commission with the aim of blocking any move by Messi to PSG.

In the complaints, shared by the fan's lawyer, Juan Branco, the Barca member claims that French football authorities have failed to enforce their own financial fair play (FFP) rules in order to help PSG become a force in European football.

Barcelona, like its main LaLiga rival, Real Madrid, is fully owned by its subscription-paying members known as socios.

The FFP rules notably forbid top European clubs from paying their playing squads an excessive share of their total revenues, according to the member's complaints, which also state that the transfer of Messi to PSG would breach the code. 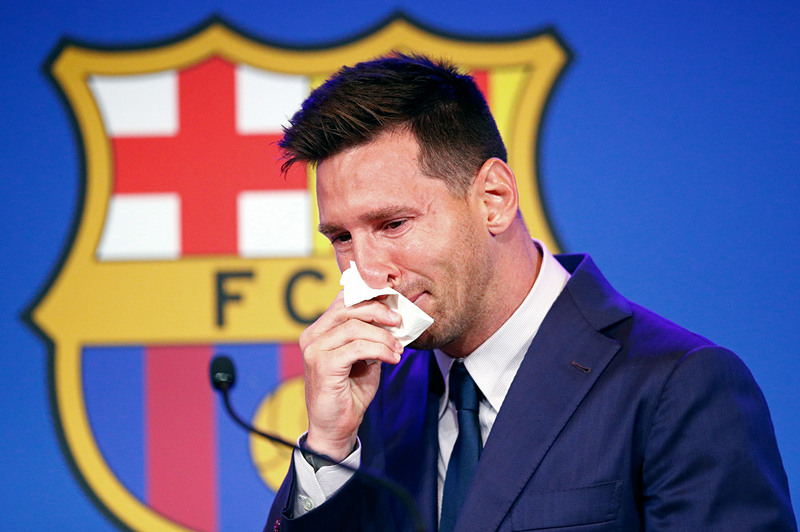 Lionel Messi sheds tears as he faces the media during a press conference at Nou Camp in Barcelona, Spain, August 8, 2021. /CFP

Any transfer of Messi from Barcelona to Paris would constitute a distortion of competition with other national leagues, the complaint claims, and would be detrimental to Barcelona fans.

Meanwhile, in more bad news for Barca, their new signing Sergio Aguero will be out until mid-October due to a calf injury.

The 33-year-old striker, who was signed in July as a free agent from Manchester City, suffered a right calf injury in Sunday's training session before Messi gave a farewell speech at the Camp Nou. 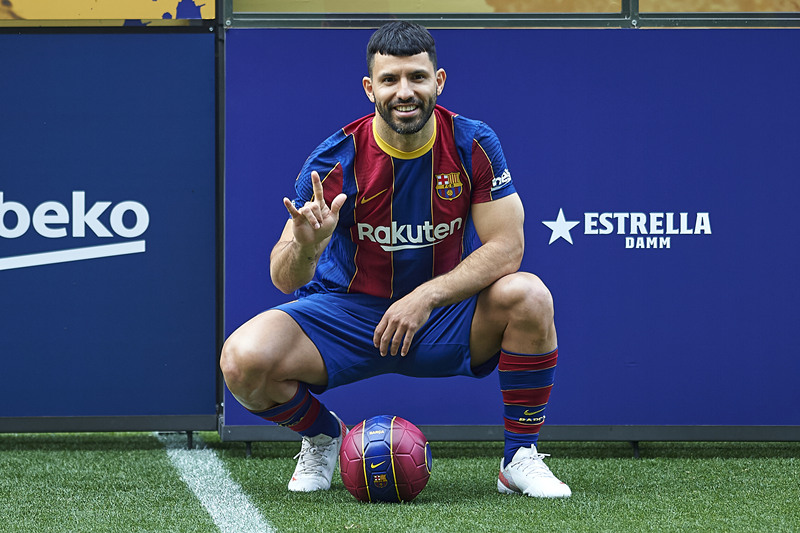 Sergio Aguero has signed a contract with Barcelona until the end of the 2022-23 season. /CFP

Aguero was unable to make his debut in Barcelona's 3-0 win over Juventus in the Gamper trophy.

"It's a pity Aguero got injured and could not play 30 minutes at the Gamper," Barca coach Ronald Koeman said after the game. "It's a setback as he was training and can bring a lot to the team with his quality up front."

Barcelona will begin their La Liga season at home against Real Sociedad on Sunday.