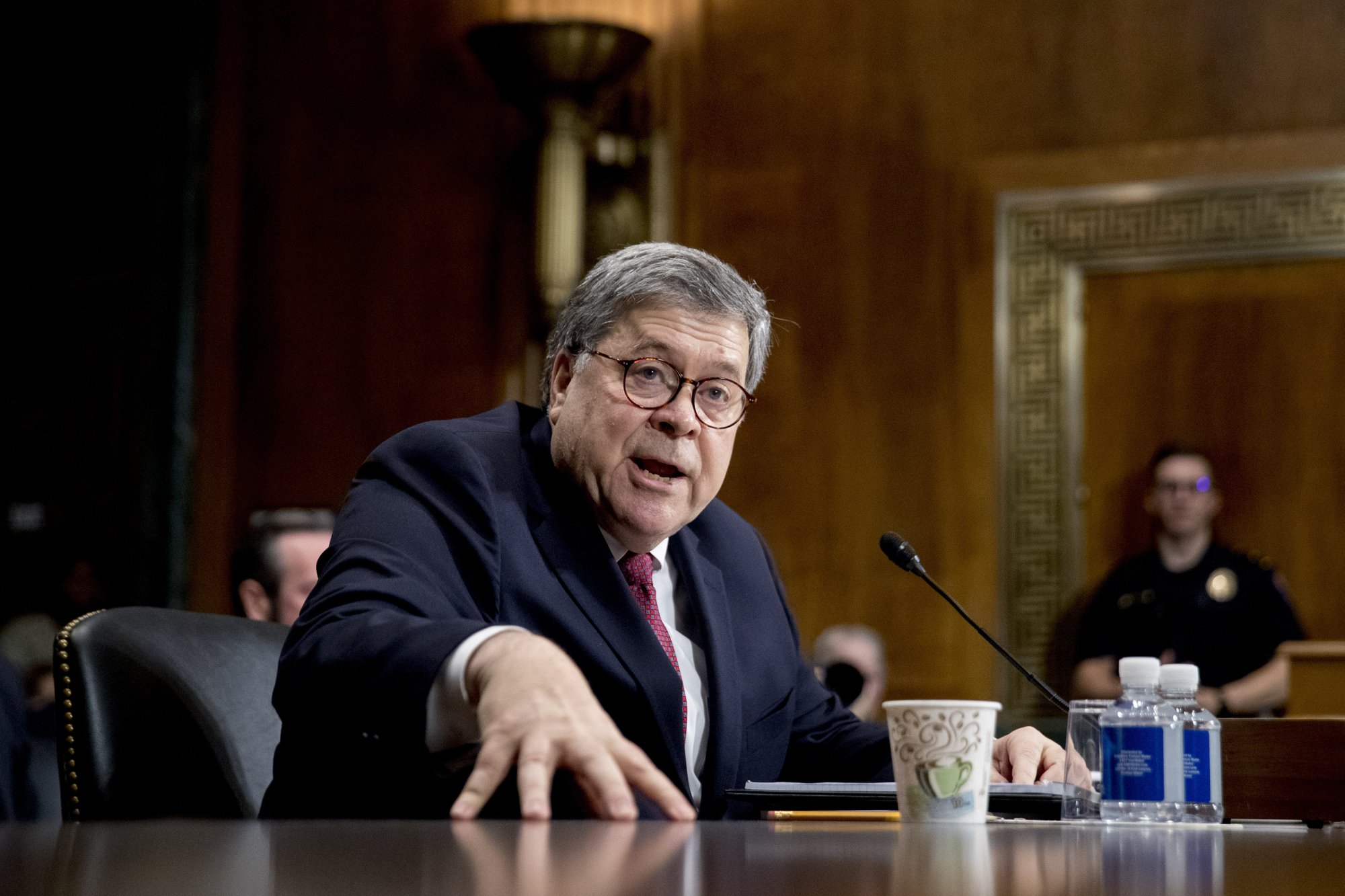 Attorney General William Barr portrayed himself as an apolitical elder statesman at his confirmation hearing. He declared he’d rather resign than be asked to fire special counsel Robert Mueller without cause and insisted the prosecutor he’d known for decades would never involve himself in a witch hunt as the president claimed.

But now Barr has emerged as arguably the most divisive figure in Donald Trump’s administration. House Speaker Nancy Pelosi accused him on Thursday of lying — a charge the Justice Department called reckless and false — and House Democrats are poised to hold him in contempt.

His appearance before the Senate Judiciary Committee this week accelerated calls for his resignation after he said Trump had been falsely accused and he spun politically damning episodes in Mueller’s report in the president’s favor.

Barr might have seemed an unlikely lightning rod given his long government career, his distance from Trump’s inner circle and his age, 68, that he said made him unconcerned with political advancement. But he had telegraphed his sympathetic view of strong presidential powers — surely a useful viewpoint for Trump — in a memo to the Justice Department last year that criticized Mueller’s Trump-Russia obstruction of justice investigation. His latest testimony, including that Trump’s actions weren’t criminal, reaffirmed that philosophy and, to critics, established Barr as the president’s protector .

“We have a chief law enforcement officer who is definitely the defense lawyer for the president,” Democratic Sen. Mazie Hirono of Hawaii said Thursday.

The Senate testimony was the latest episode in a turnabout in public perception for Barr, whose selection was greeted by some with high hopes that he would return the Justice Department to stability following two years of leadership upheaval. He replaced an attorney general, Jeff Sessions, who was ridiculed by the president and ultimately pushed out, and an acting one, Matt Whitaker, who was dismissed by Democrats as unqualified and a Trump loyalist.

It’s the second time around for Barr, who was attorney general under George H.W. Bush between 1991 and 1993 and involved in some of that administration’s weightiest decisions. He was Mueller’s Justice Department boss back then, and at his January confirmation hearing he described the special counsel as a longtime friend and a “straight shooter” who’d be allowed to finish his Trump investigation without interference.

At the same hearing, he parried questions about his memo by saying it was written without knowing facts of the investigation. He also acknowledged constraints on presidential power, conceding that it could be a crime if a president granted a pardon in exchange for silencing someone with incriminating information. Even if most Democrats didn’t support him, they didn’t appear to dread his appointment.

“Confirmation hearings are easy in the sense that the smart nominee knows the right answer to all the questions, which is not to commit to anything but agree to consider everything,” said Greg Brower, a former assistant director in the FBI’s office of congressional affairs. “Now that he’s in the middle of the aftermath of the Mueller investigation, he’s obviously being pinned down to more specific answers to very specific questions, and that is obviously proving to be more problematic for him.”

While House Democrats have already asked Mueller to testify, Senate Democrats, as the minority in that chamber, are more limited. They don’t have the power to set hearing schedules or compel officials to appear. But they are trying to build a case in public opinion that it’s Mueller, not Barr, who needs to tell the investigation story.

Testimony from Mueller is especially in demand now that his apparent rift with Barr has been exposed. It stems from Barr’s decision to communicate Mueller’s main conclusions of his two-year investigation in a four-page letter. The letter said Mueller had not established a criminal conspiracy between Russia and the 2016 Trump campaign and had not reached a conclusion on obstruction despite laying out evidence on both sides of that question.

The decision to avoid a determination on obstruction caught Barr by surprise, Justice Department officials said, and he and Deputy Attorney General Rod Rosenstein resolved to reach a conclusion in place of Mueller’s team. They decided Mueller’s evidence didn’t add up to a crime, a decision that puzzled some Democrats and legal analysts given the vivid accounts of Trump’s conduct in the report.

Days later, Mueller complained to Barr that his summary letter had “not fully captured the context, nature and substance” of the special counsel’s work or conclusions. Barr said Wednesday his goal had been simply to release the report’s bottom-line conclusions as he readied the entire document for release. Neither Barr nor Mueller went public with their conversation.

When Barr was asked weeks later at an unrelated congressional hearing about reports of discontent within the special counsel’s team, he said he didn’t know what those reports referred to. Pelosi said Thursday “the attorney general of the United States was not telling the truth to the Congress of the United States — that’s a crime.” The Justice Department vehemently denied that.

House Judiciary Democrats now are poised to hold Barr, who skipped a hearing Thursday in a dispute over its terms, in contempt after the Justice Department missed a committee deadline to provide an unredacted version of Mueller’s report.

Even if Barr didn’t immediately acknowledge the disconnect with Mueller, his tone about the investigation did appear to evolve.

He told lawmakers at an April 10 hearing that he believed there’d been “spying” on the Trump campaign, echoing a common Trump talking point, and committed to investigating how and why the FBI began its probe into ties between Russia and the Trump campaign.

At a news conference shortly before the release of Mueller’s report last month, he repeatedly said Mueller had not found collusion between Trump aides and Russia, though the actual report pointedly noted that collusion is not a legal term. He praised the president’s cooperation, though Trump declined an in-person interview. He said Trump had a “sincere belief” that the investigation was undermining his presidency.

At Wednesday’s hearing, Democrats confronted Barr with a series of episodes from Mueller’s report, including the president’s directive to aides to lie on his behalf and for his White House counsel to seek Mueller’s ouster. But for each instance, Barr said Trump lacked the criminal intent required for obstruction and said there were alternate explanations for his behavior beyond trying to shut down the investigation.

Democrats were anything but persuaded.

“You have been very adroit and agile in your responses to questions here,” said Sen. Richard Blumenthal of Connecticut. “But I think history will judge you harshly and maybe a bit unfairly because you seem to have been the designated fall guy for this report.”