Barr confirmed as US attorney general largely along party lines 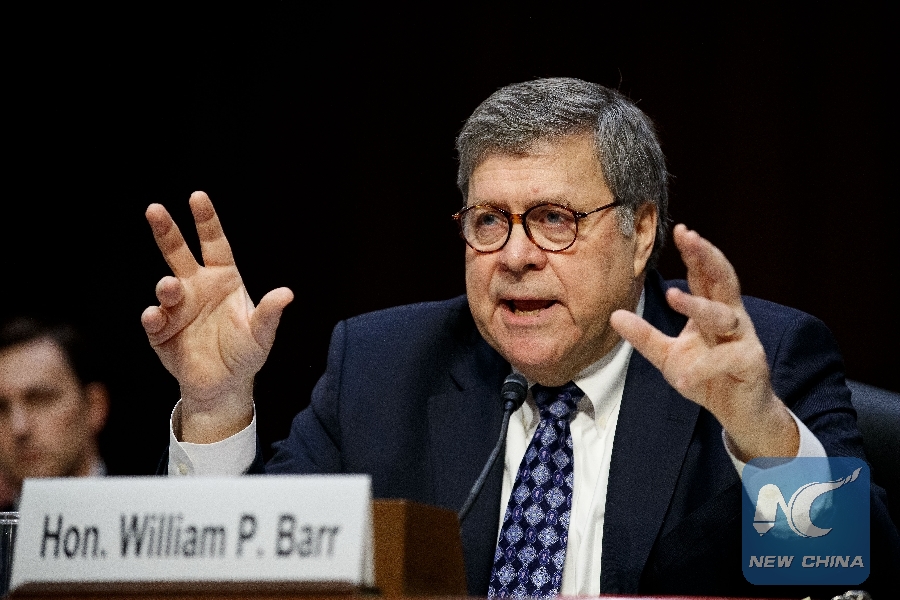 The vote was 54-45, which fell largely along party lines with most Republicans backing and most Democrats opposing. Republicans have a 53-47 majority over Democrats in the Senate.

Rand Paul was the only Republican senator who voted against Barr in the voting, while three Democratic senators broke with their party and supported him.

Barr is expected to be sworn in Thursday afternoon in the Oval Office at the White House. He will head the Department of Justice, overseeing Special Counsel Robert Mueller's probe into the alleged Russia meddling in the 2016 elections and the possible collusion with Trump's campaign.

Lindsey Graham, chairman of the Senate Judiciary Committee, characterized Barr as an "outstanding" pick to lead the agency, and his Republican colleague Chuck Grassley added that Barr will be "a straight shooter and an individual who is willing to engage in productive discussion with Congress."

In comparison, Senate Minority Leader Charles Schumer said before the vote on Barr on Thursday that the circumstances around Mueller's probe make the threshold for supporting an attorney general nominee higher than normal.

"The next attorney general must be a public servant in the truest sense, with the integrity, the force of will, and the independence to navigate the Justice Department - and maybe our democracy - through treacherous waters. Mr. Barr's attitude: leave it to me. That is not good enough," Schumer said.

During his confirmation hearing earlier this year, Barr, 68, assured senators of his independence and said that he would not be bullied by anyone into doing something he believes is wrong if he becomes the attorney general.

Barr also said he would not allow any interference with the Mueller probe, adding that he would release the special counsel's final report as much as he could under the law.

The special counsel has so far indicted or gotten guilty pleas from 34 people, including six former Trump associates and over two dozen Russian nationals, as well as three Russian entities. Trump has repeatedly dismissed any collusion between his campaign and Moscow, while slamming the Mueller probe as a "hoax" or "witch hunt."

Barr is a longtime lawyer and Department of Justice veteran who has served as attorney general from 1991 to 1993 in the George H.W. Bush administration.

Jeff Sessions recused himself early in his tenure from the Russia probe and resigned at Trump's request one day after the Nov. 6 midterm elections. Matthew Whitaker has served as acting attorney general during the vacancy.