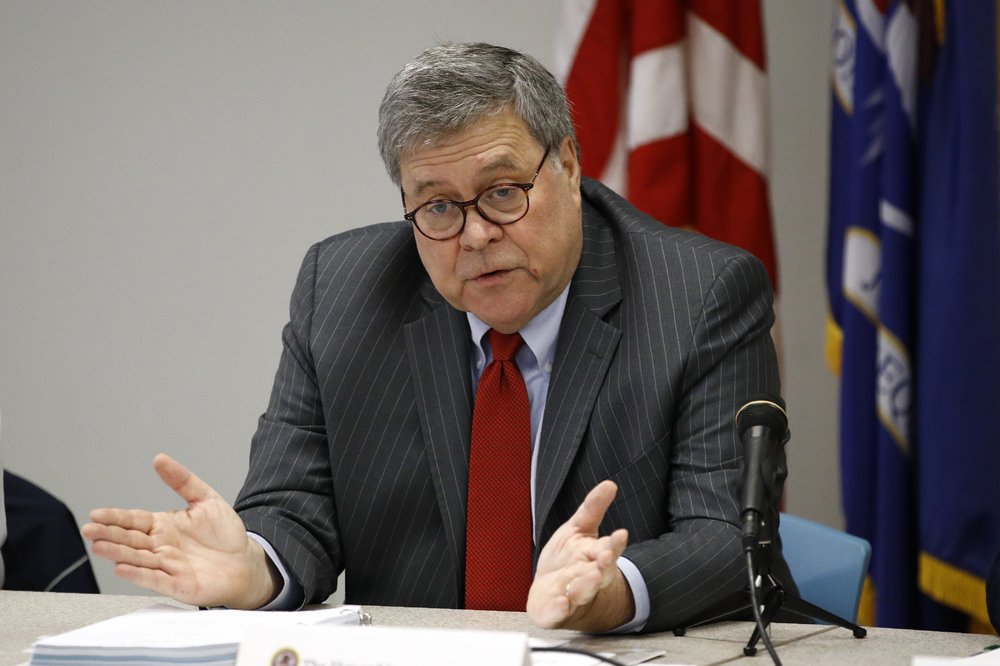 Attorney General William Barr leveled blistering criticism at how the Russia investigation was conducted, saying Tuesday that it was based on a “bogus narrative” that the Trump campaign might have conspired with Russia during the 2016 presidential election.

Barr spoke to NBC News one day after the release of a Justice Department inspector general report that found problems with the FBI’s investigation into ties between the Trump campaign and Russia, but also concluded that there was a proper basis for opening the probe and that it was free of political bias.

Barr, a vocal defender of President Donald Trump, said he disagreed with the inspector general that the FBI had enough information to open the investigation and particularly to use surveillance on a former Trump campaign aide. He said that law enforcement officials in applying for those warrants had withheld from judges what he said was key exculpatory information that they had received. He also blamed the Obama administration for telling Russia not to interfere in the 2016 presidential election and not sharing the same warnings or concerns with the Trump campaign.

“I think our nation was turned on its head for three years based on a bogus narrative that was largely framed and hyped by an irresponsible press,” Barr said.

The long-awaited report issued Monday rejected theories and criticism spread by Trump and his supporters, though it also found “serious performance failures” up the bureau’s chain of command that Republicans are citing as evidence that Trump was targeted by an unfair investigation.

The review by Inspector General Michael Horowitz knocked down multiple lines of attack against the Russia investigation, finding that it was properly opened and that law enforcement leaders were not motivated by political bias. Contrary to the claims of Trump and other critics, it said that opposition research compiled by an ex-British spy named Christopher Steele had no bearing on the decision to open the investigation known as Crossfire Hurricane. And it rejected allegations that a former Trump campaign aide at the center of the probe was set up by the FBI.

It found that the FBI had an “authorized purpose” when it opened its investigation in July 2016 into whether the Trump campaign was coordinating with Russia to tip the election in his favor. The report said the FBI had cause to investigate a potential national security threat.

The report also details that the FBI used an informant to set up and record a September 2016 meeting with a high-level Trump campaign official. The official wasn’t identified by name, but was not a subject of the Russia investigation, the report said. While the information collected wasn’t used during the Russia probe, it does lend support to the assertions by Trump and Barr that the Trump campaign was spied upon.