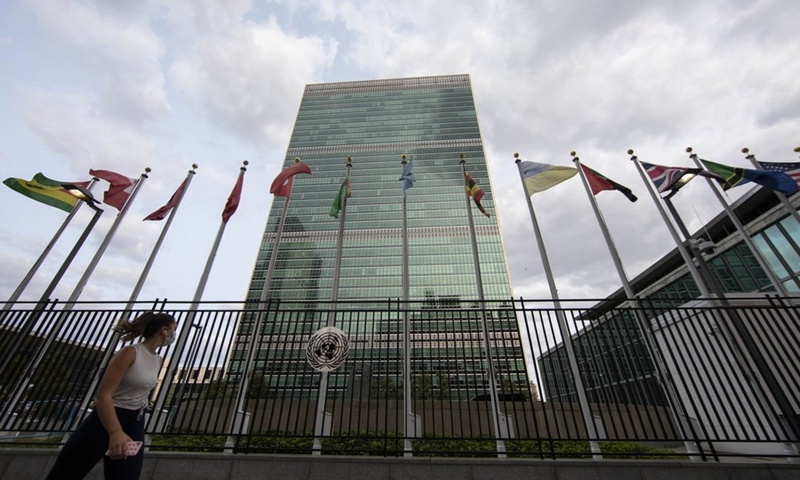 Member states of the UN will make an impartial and fair judgment of China's achievements in the human rights field, as well as its contributions to the UN's work, analysts said on Tuesday, while noting that some Western nongovernmental organizations' (NGOs) and politicians' recent attacks on China may end in vain.

Such attacks include calls for member states to vote against China in elections for the UN Human Rights Council (UNHRC), which will be held in the UN General Assembly Hall on Tuesday.

For most of the elections, the number of candidates equals the number of open slots. Five member states - China, Nepal, Pakistan, Saudi Arabia and Uzbekistan - are running for four seats, according to the Xinhua News Agency.

The member states will give fair and just judgments of China, and vote in line with related regulations of the UN, without being influenced by outside hyping or smearing, Liu Xinsheng, a member of the UNHRC Advisory Committee and former Chinese ambassador to Cyprus, told the Global Times.

China's progress in its domestic human rights work, its efforts in promoting global progress in the human rights field and its support for the UN's work would help China win the seat, Liu said.

Some NGOs, including Human Rights Watch and Western politicians, have called for voters to block China from winning a seat in the election, for issues related to China's Hong Kong, Tibet and Xinjiang.

For example, The Guardian newspaper cited Lisa Nancy, the shadow foreign secretary of Britain, as saying that Britain must oppose giving China a seat over issues of its policies in Xinjiang.

In recent years, Western media, politicians, think tanks and NGOs have never given up on attacking China by hyping its policies in Xinjiang and Tibet regions. They are using the UN election to sensationalize things and pressure China, Jia Chunyang, an expert at the China Institutes of Contemporary International Relations, told the Global Times.

Some Western media claimed that China's membership in the UNHRC would affect the council's review of its human rights record. An expert close to the UN, who asked for anonymity, said China had joined the reviews three times and earned member states' recognition for its fair and objective work.

"China's performance in fighting the novel coronavirus is a best example to show that it can not only protect its own people but also actively help other countries. The UN and member states also welcome China to do more for the international community," the expert said.

The UNHRC is an inter-governmental body within the UN system made up of 47 states responsible for the promotion and protection of human rights around the globe. It has the ability to discuss all thematic human rights issues and situations that require its attention throughout the year.

The term of each seat is three years, and no member may occupy a seat for more than two consecutive terms. The council starts its yearly membership cycle on January 1. The seats are distributed among UN's regional groups as follows: 13 for Africa, 13 for Asia, six for Eastern Europe, eight for Latin America and the Caribbean, and seven for the Western European and Others Group.

This is not the first time for some Western countries and NGOs to launch attacks on China in the human rights field. In April, some US senators and EU politicians opposed the appointment of a Chinese official from the Chinese mission in Geneva to the consultative group of the UNHRC, claiming that the move would "affect the organization's independence."

However, analysts said that such groundless attacks only show some Western countries' increasing worries, as the human rights system and values they have boasted of have faded as more developing countries become aware of them using human rights as political tools.

The COVID-19 pandemic, which is a global tragedy, serves as an opportunity for us to see that some Western countries, which used to using human rights as excuses to attack other countries, put economic or  political factors or elections ahead of human lives, Jia said.

"More developing countries know that the human rights system of the West, its values and political system may not fit into their own environment. The West has its weak points," Jia said.

China's efforts in promoting domestic human rights work and its effective measures in handling the COVID-19 also serve as a contrast to some Western countries, analysts said, noting that being dissatisfied with the hegemony in the human rights field, more developing countries are making their voices heard.

Some observers said that Zhang's move showed China has changed its conservative and defensive strategy in the international debate on human rights, and it has gained confidence in its theory of human rights.

The anonymous expert close to the UN said that Zhang's move at the UN shows that China has always worked with other countries — especially developing countries — in promoting and implementing UN's principles on human rights.

For years, China and developing countries have been working to spread the idea that development has a huge and positive influence for people to enjoy their human rights, and cooperation in the field would promote international human rights, said the expert.

"We are also working to block some Western countries from using human rights as political tools to interfere with other countries' domestic affairs or using UN meetings to attack others," the expert said.