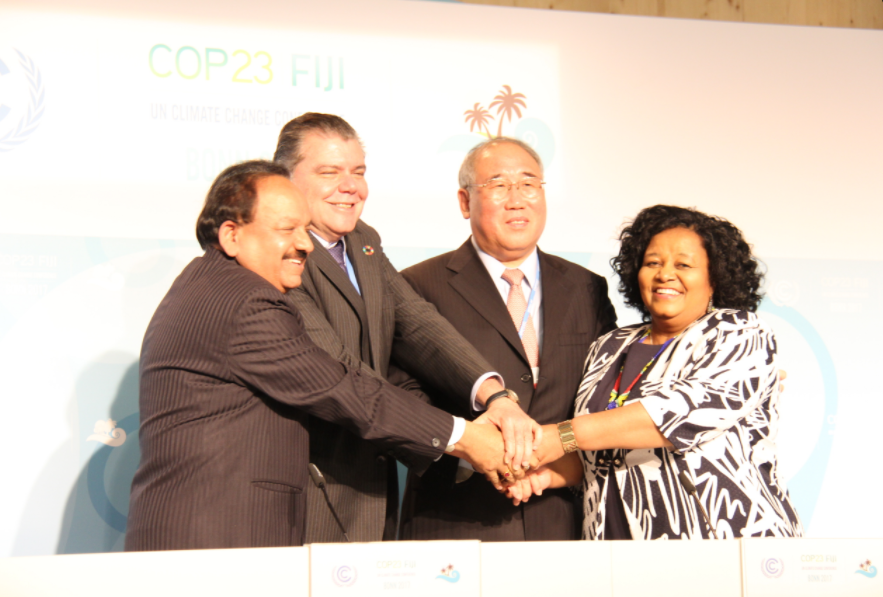 Bonn(People's Daily) - BASIC nations (Brazil, South Africa, India, China) held a joint press conference on Wednesday, urging developed countries to honor climate commitment and finance of $100 billion per annum by 2020. “Developing countries are taking their actions, having taken further actions than asked to. China for example, committed itself to reduce the carbon intensity of its economy (the amount of CO2 emitted per unit of GDP) by 40–45% during 2005–2020, now have already fulfilled a 42%,” said Xie Zhenhua, China's special representative on climate change affairs.

Ministers and officials from the four-nation group convened for a joint meeting earlier this week at COP23 in Bonn, Germany. 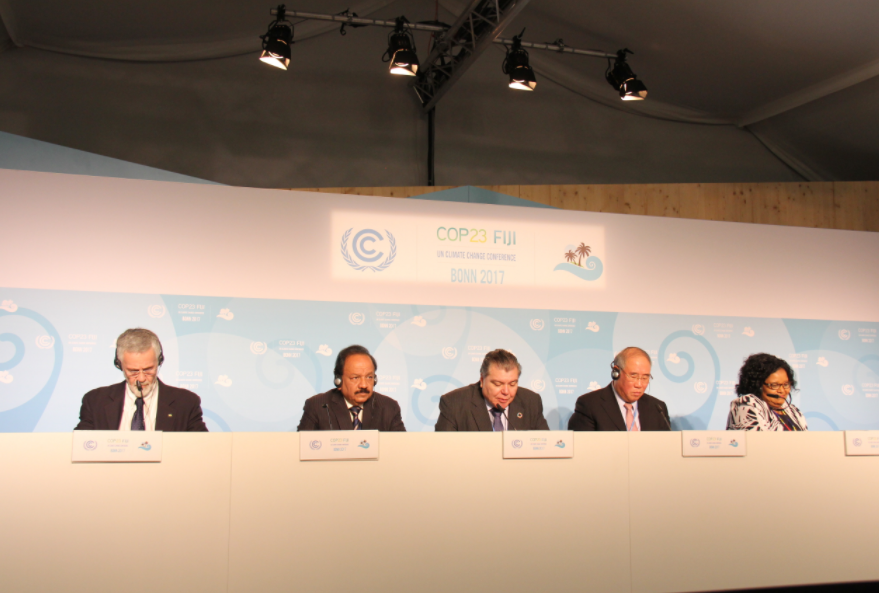 New methods in providing further financial and technology resources for developing nations were addressed. An emphasis on openness, transparency and the country-driven nature of negotiations.

BRICS ministers reiterated the work that would be required to achieve the 2020 climate goals, honoring the 2015 Paris Agreement.

“The pre-2020 is urgently needed. On behalf of BASIC, all countries should accelerate the pace going forward. Countries concerned with financial instruments that may prevent developing countries from fulfilling and increasing their ambition,” said Jose Sarney, Brazil’s Environment Minister.

Reiterating a target first announced in 2009, India’s environment minister Dr. Harsh Vardhan committed to a 25% reduction in carbon intensity by 2020. The country has so far witnessed a 12% reduction.

“We need to address climate justice,” Vardhan said, and added, “other countries must fulfill their commitments. Finance and tech support from developed countries is key.”