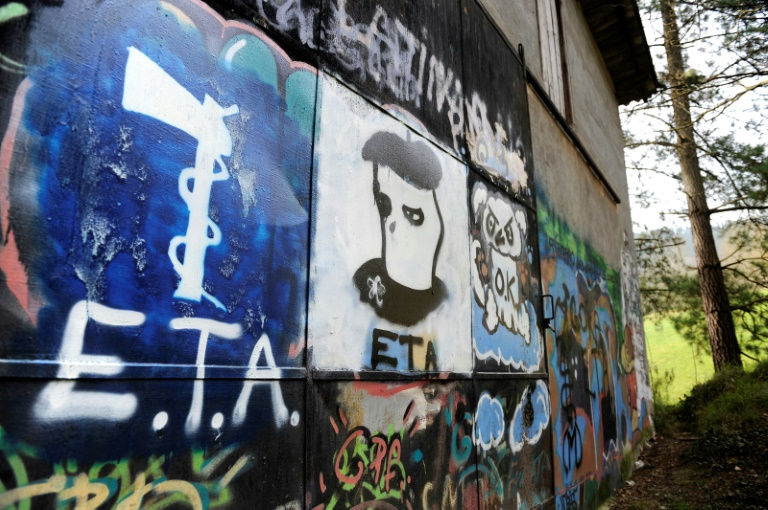 ETA waged an armed campaign for independence for Basque territories in Spain and France (Photo: AFP)

Basque separatist group ETA announced it was fully disbanding, the final step to the definitive end of its deadly decades-long independence campaign, in a letter published Wednesday.

"ETA has decided to declare its historical cycle and functions terminated, putting an end to its journey," the group said in a letter published by Spanish online newspaper El Diario.

"ETA has completely dissolved all of its structures and declared an end to its political initiative."

The letter was dated April 16 and addressed to various groups involved in recent peace efforts.

A Basque regional government representative told AFP that following the letter, ETA was expected make a further direct declaration of its disbandment on Thursday, probably in a video.

The letter was sent to figures such as former UN secretary general Kofi Annan to reassure them that ETA was firm in its decision to disband, the representative said.

ETA cautioned in its letter that its own dissolution did not end the deeper "conflict" between the Basque Territories and the Spanish and French states.

But its move marks what is expected to be the last of several key steps towards the formal break-up of the once-armed separatist group, blamed for more than 800 deaths.

ETA waged a nearly four-decade campaign of bombings and shootings for an independent Basque state in northern Spain and southern France.

It is classed as a terrorist organisation by the European Union as well as the Spanish and French governments.

Created in 1959 at the height of Francisco Franco's dictatorship, ETA is blamed for the deaths of at least 829 people.

Attacks by ETA and retaliation by Spanish state death squads traumatised Spain, peaking in the 1980s and 1990s.

Weakened in recent years by the arrests of its senior leaders, ETA announced a permanent ceasefire in 2011 and began formally surrendering its arms last year.

On April 20 it asked forgiveness from its victims for the first time for the "pain" caused by its decades-long campaign of violence.

Victims' campaigners complained that the call for forgiveness did not extend to those the group considered legitimate targets, such as police officers and politicians.

Some 300 ETA members are imprisoned in Spain, France and Portugal and up to 100 are still on the run, according to prisoners' families' group Forum Social.

The group has demanded that prisoners be moved to prisons closer to their families after the end of ETA.

International mediators are organising a peace conference in southwest France on May 4.