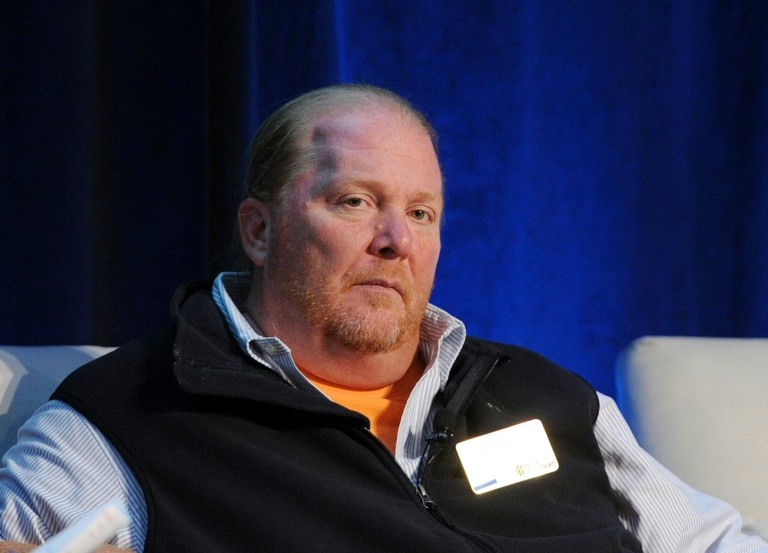 Mario Batali, 57, is one of the most famous figures in American cuisine (Photo: AFP)

Celebrity chef Mario Batali's restaurant group announced Monday it was ending its partnership with him following new sexual assault allegations -- as police in New York confirmed an investigation was underway.

In a statement, B&B Hospitality Group -- named after Batali and co-founder Joe Bastianich -- described the allegations he assaulted impaired women as "chilling and deeply disturbing."

"This was the first we learned of them," the group said of the claims, broadcast on CBS Sunday.

A woman who was employed at one of Batali's establishments told CBS he invited her to a party at New York's "The Spotted Pig" restaurant in 2005, where she drank white wine with him.

She alleged that she later woke up, suspecting she had been drugged, and found what appeared to be semen on her skirt. She said she called a crisis hotline before going to a hospital for an examination. However, she declined to file a police report, and her "rape kit" from the hospital was not processed. Batali, 57, said he "vehemently" denies assaulting the woman.

Another employee, Jamie Seet, meanwhile recalled in 2008 intervening to stop a similar assault she witnessed via the restaurant's surveillance footage.

B&B said Batali -- one of the most famous figures in American cuisine -- had been removed from operations across its 26 restaurants since December, when allegations of sexual misconduct first emerged.

It added he had already signed a letter of intent with Bastianich setting out the broad terms of his divestment.

"We have been actively negotiating with Mr. Batali to buy his interests in the restaurants ... We expect to have the final terms set by July 1," the group said.

Batali was accused in December of sexual misconduct over the course of at least two decades. As well as being removed from B&B's operations, ABC television network, which airs Batali's foodie show "The Chew," said it asked him to "step away" from the program.

The Italian-American is a popular TV personality whose empire includes cookbooks, cookware and food products along with B&B's 26 restaurants.

On Monday, the New York police confirmed it was investigating the allegations, without providing further details.