A batch of Chinese Sinovac vaccines for Timor-Leste were handed over at a ceremony on Monday in the capital city of Dili. 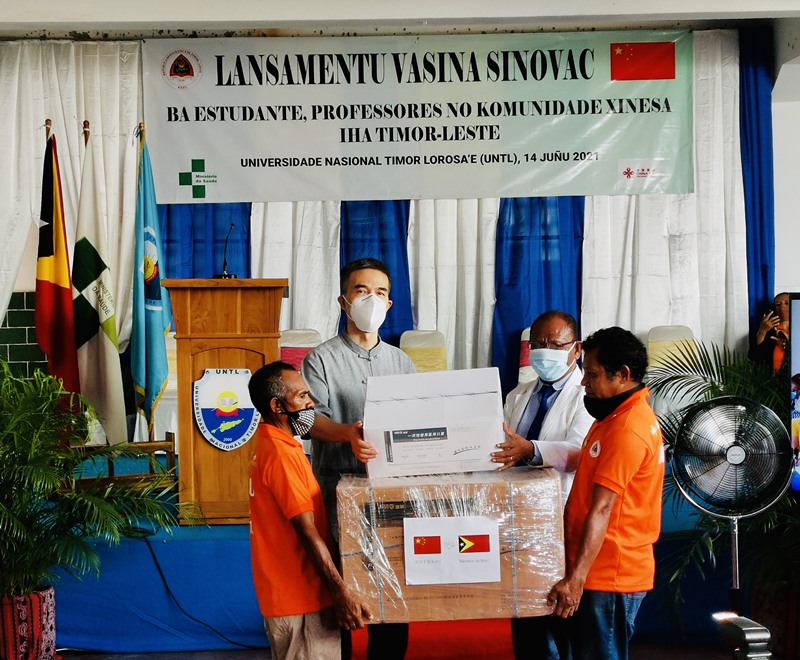 Timor-Leste Minister of Defense Filomeno da Paixão, his wife, teachers and students received doses at a ceremony marking the initiation of a Chinese vaccine inoculation program. The program is targeting university faculty members and students over 18. 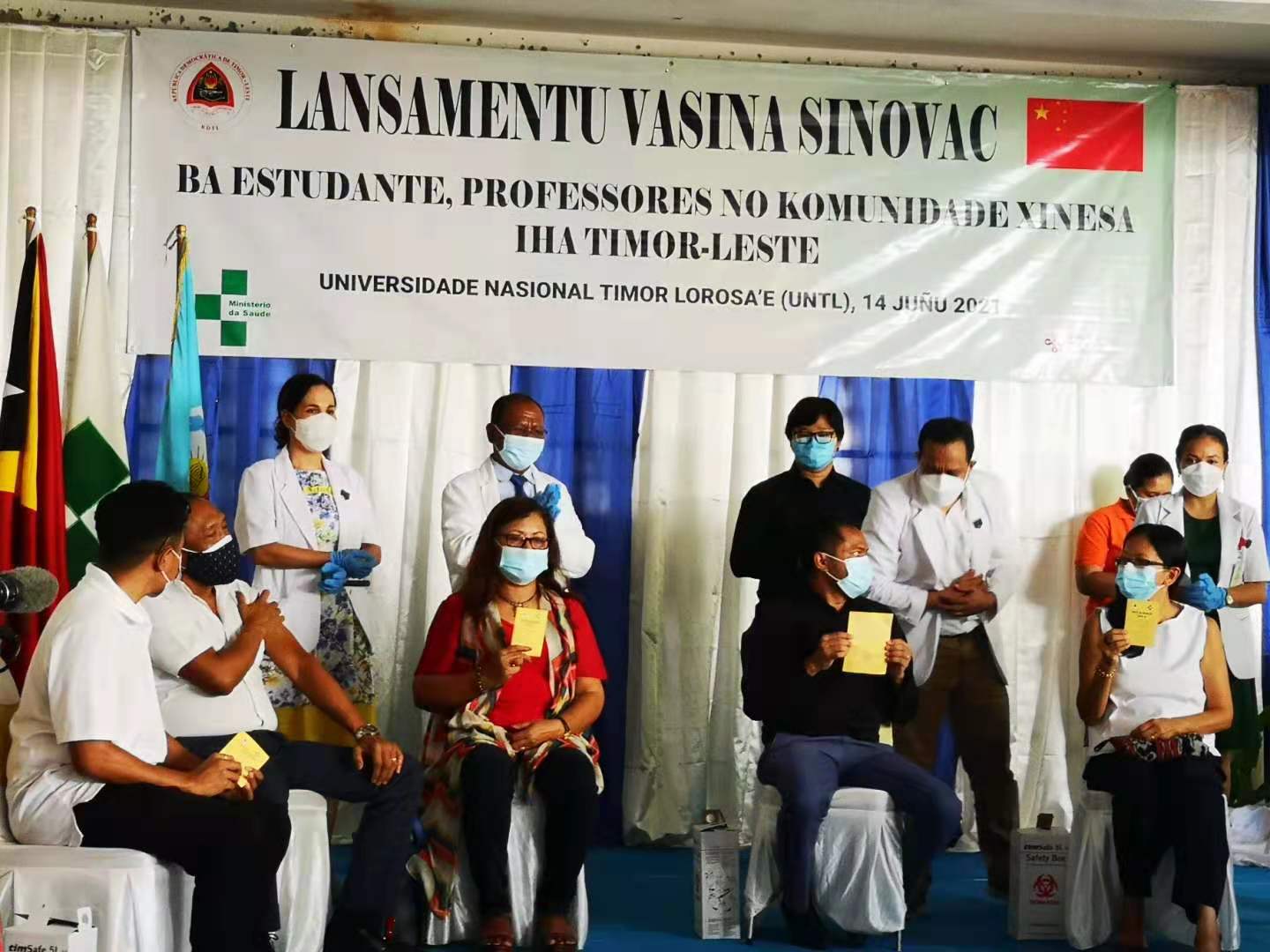 “Since the outbreak of the COVID-19 pandemic, the Chinese government has closely followed the pandemic situation in Timor-Leste and offered various forms of assistance,” Aniceto Guterres Aniceto Guterres, president of the national parliament, said at a ceremony in the National University of Timor-Leste. “As people here start to receive inoculations today, Chinese jabs will bolster Timor-Leste’s virus fight.”

“To start the vaccine inoculation on the traditional China’s Dragon Boat Festival, a time when Chinese people pray for health, is a great choice,” Xiao said.

The gift of Sinovac COVID-19 vaccines was valued by both Chinese Premier Li Keqiang and the Prime Minister of Timor-Leste, Taur Matan Ruak, Xiao noted, “as an embodiment of the two countries’ close friendship.”

“The attendance by the president of the national parliament and numerous other Timor-Leste government officials at ministerial level at this ceremony demonstrates the great trust that the Timor-Leste people have placed in the Chinese vaccine,” Xiao said.

China has also promoted cultural and educational projects in the country including the Chinese Government Scholarship, Xiao said.