Battle for witnesses looms as defense rests in Trump trial 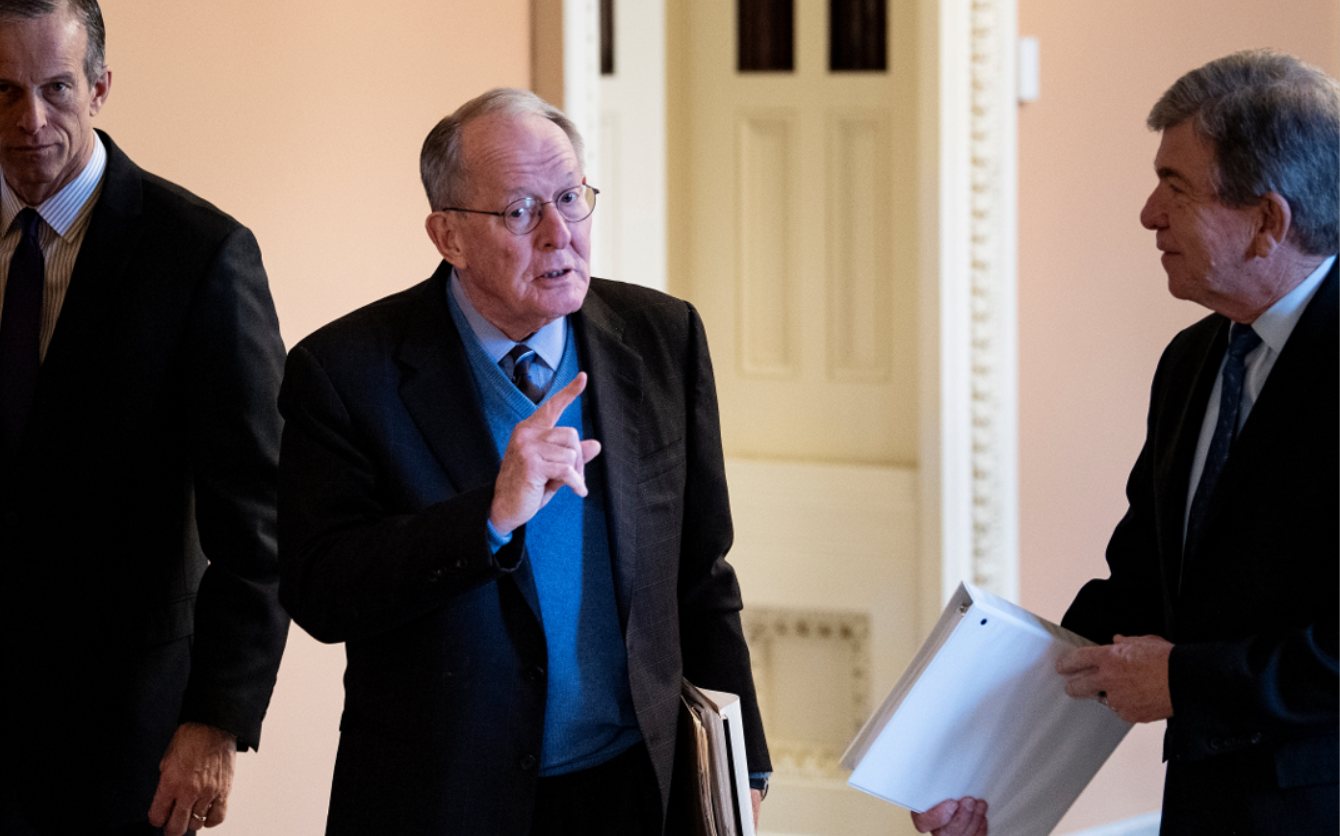 The fight over calling witnesses to testify in US President Donald Trump's impeachment trial intensified Tuesday after Trump's lawyers closed their defense calling the abuse of power charges against him politically motivated.

Democrats sought to have the Senate subpoena former White House national security advisor John Bolton to provide evidence after leaks from his forthcoming book suggested he could supply damning evidence against Trump.

But Republicans threatened to demand that Democratic presidential hopeful Joe Biden and his son Hunter also testify, in a move aimed at damaging the party's possibly best chance of defeating Trump in the November election.

At only the third ever presidential impeachment trial in US history, Trump's lawyers closed out their three-day defense in the Senate by calling for a speedy acquittal of Trump and accusing Democrats of bringing politically motivated charges in an attempt to reverse his 2016 election victory.

"What they are asking you to do is to throw out a successful president, on the eve of an election, with no basis and in violation of the constitution," Trump's lead counsel Pat Cipollone said.

"The American people are entitled to choose their president," he told the senators sitting as the jury. "We urge the Senate to reject these articles of impeachment."

Trump is accused of cheating in his 2020 reelection effort by pressuring vulnerable ally Ukraine to announce investigations into both Bidens and a spurious conspiracy theory, promoted by Russia, that Kiev helped the Democrats in 2016.

Instead they argued that the impeachment case was rooted in "policy differences" and that the charges against him, abuse of power and obstruction of Congress, are too weak and thinly-sourced to justify his removal from office.

They said a conviction would set a precedent for US politics that would result in retribution-driven political battles for years to come.

"The bar for impeachment cannot be set this low," said Jay Sekulow, another Trump lawyer.

"If partisan impeachment is now the rule of the day... future presidents -- Democrats, Republicans -- will be paralyzed the moment they are elected," he said.

Adam Schiff, the head of the Democrats' prosecution team, said that Republicans' arguments were "not particularly relevant to the charges against the president."

"The president's lawyers ... really did not, cannot, defend the president on the facts," he said.

The trial, which began in earnest seven days ago, turns now to senators submitting written questions to the prosecution and defense through presiding Supreme Court Chief Justice John Roberts over Wednesday and Thursday.

On Friday they are expected to take up the issue of calling witnesses, which Republicans originally believed they could defeat and bring the trial to a swift close with their 53-47 majority in the Senate.

But leaks from Bolton's coming book, suggesting he could provide evidence of Trump's wrongdoing appear to have convinced several Republicans to support calling witnesses.

Bolton reportedly says Trump told him in August that aid to Ukraine, totaling almost $400 million, would stay frozen until Zelensky announced investigations into Democrats, including the Bidens.

Late Tuesday Senate Majority Leader Mitch McConnell told Senate Republicans they did not have enough votes yet to block a witness call -- implying that at least four Republican senators would cross party lines and side with the 47 Democrats in an expected vote.

Trump and his supporters have pummeled Bolton in the media.

"If John Bolton says that in the book, I believe John Bolton," he said in Florida.

Senator Graham told Fox News that he expected Republicans would still be able to defeat the witness vote on Friday and the trial would be finished before the annual State of the Union speech which Trump is to deliver to Congress on Tuesday.

Trump himself, at a campaign rally in New Jersey, said the Democrats were carrying out "deranged partisan crusades."

But Graham, one of Trump's strongest defenders in the Senate, also threatened to make Democrats pay a price if they are determined to call Bolton.

Republicans would insist on subpoenaing the two Bidens as well as others linked to the Ukraine case.

He said they would want to know "was it legitimate for the president to believe there was corruption and conflicts of interest on the Bidens' part in the Ukraine?"