WORLD Be careful out there: UK police warn candidates about safety

Be careful out there: UK police warn candidates about safety 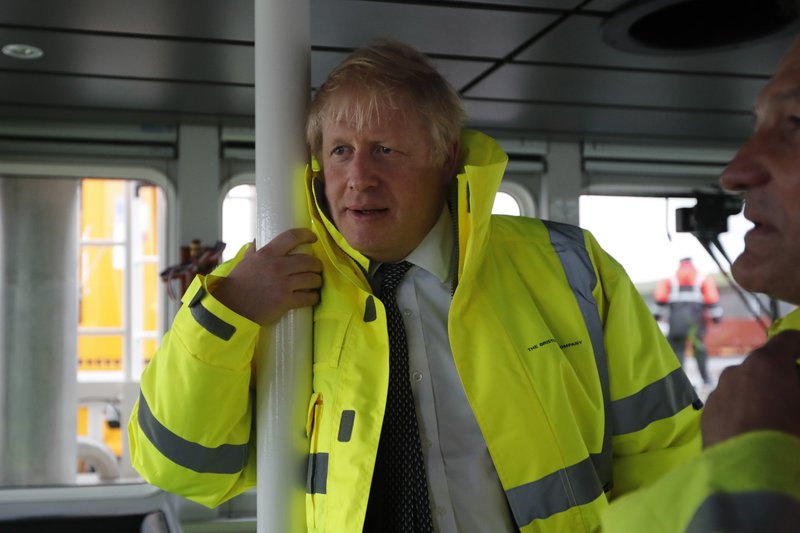 All 650 seats in the House of Commons are up for grabs in the vote but more than 70 lawmakers have announced they are not running for re-election amid Britain’s toxic political atmosphere.

Politicians on both sides of the Brexit argument over Britain’s impending departure from the European Union have received abuse and threats — even death threats — both in person and online. Those leaving include many moderate pro-EU Conservatives, Labour legislators who say their party has not stamped out anti-Semitism and high-profile female legislators, who have received a disproportionate amount of the abuse.

There also have been increasing concerns for British politicians’ personal safety since Labour Party legislator Jo Cox was stabbed to death during the 2016 Brexit referendum campaign.

The National Police Chiefs’ Council said Friday it is urging candidates not to campaign alone if possible and to contact local police in advance of campaigning in specific areas.

It also advised candidates to check that any material they have posted online does not release “sensitive personal information,” data that could possibly aid stalkers or those with malign intentions.

Chairman Martin Hewitt said all police forces will offer security briefings for candidates and will have a senior police officer responsible for handling safety issues.

“We’re not going to tell anyone to limit their campaigning or enthusiasm in any way, but we are taking precautionary steps ourselves and providing sensible advice to candidates,” he said.

The advice will be distributed to all candidates as part of an information package developed by police, the Electoral Commission and prosecutors.

It also suggests that candidates “take active steps around personal safety to keep themselves and their campaign staff safe” and make sure that someone knows where they are canvassing voters for support.

Police say candidates should keep a record of any intimidating behavior or abuse they encounter.

The advice stops short of suggesting that candidates avoid knocking on doors after dark, given that the extremely rare December election is taking place during the darkest time of the year.

Britain is holding a national election on Dec. 12, two years early, because Prime Minister Boris Johnson, a Conservative, wants to secure a majority so he can take the UK out of the EU by the next Brexit deadline of Jan. 31.

In the latest policy announcement, the left-of-center opposition Labour Party published ambitious and costly plans to provide free, fast broadband internet to the entire country, paid for in part by taxing huge tech companies including Facebook, Amazon and Google.

Yet Labour was also hit by more criticism over its allegedly lax stance toward anti-Semitism in party ranks.

Their letter, published in The Guardian newspaper, says Labour is under investigation for institutional racism, that two Jewish lawmakers have been bullied out of the party and that Labour leader Jeremy Corbyn has a “long record of embracing anti-Semites.”

The signatories say these concerns overshadow the argument that supporting Labour is the only way to stop Johnson’s Conservatives from taking the country out of the EU with or without a Brexit deal.

They say to ignore anti-Semitism “because Brexit looms larger is to declare that anti-Jewish prejudice is a price worth paying for a Labour government. Which other community’s concerns are disposable in this way?”

Such a rejection by traditional Labour supporters could hurt the party as it seeks to overthrow the ruling Conservatives. The Conservatives now have 298 seats in Parliament, which is short of a majority, to the Labour Party’s 243 seats. Analysts say the Conservatives need to flip Labour seats in central and northern England to win the majority needed to push Brexit through.

Most polls see the Conservatives leading, but for many British voters this year, their feelings about Brexit could trump traditional party loyalties.

Tactical alliances could play a part in the parties’ success.

On the pro-Brexit front, the Brexit Party has said it won’t run candidates in 317 districts where Conservatives have been strong so as not to split the pro-Brexit vote.

On the Remain side, three smaller parties — the Liberal Democrats, the Greens and the Welsh-based Plaid Cymru — have announced a deal to increase the chances of electing lawmakers who support remaining in the EU.