The continuous beam with the widest span on Indonesia's Jakarta-Bandung High-speed Railway closed on Monday, marking significant progress of the project. 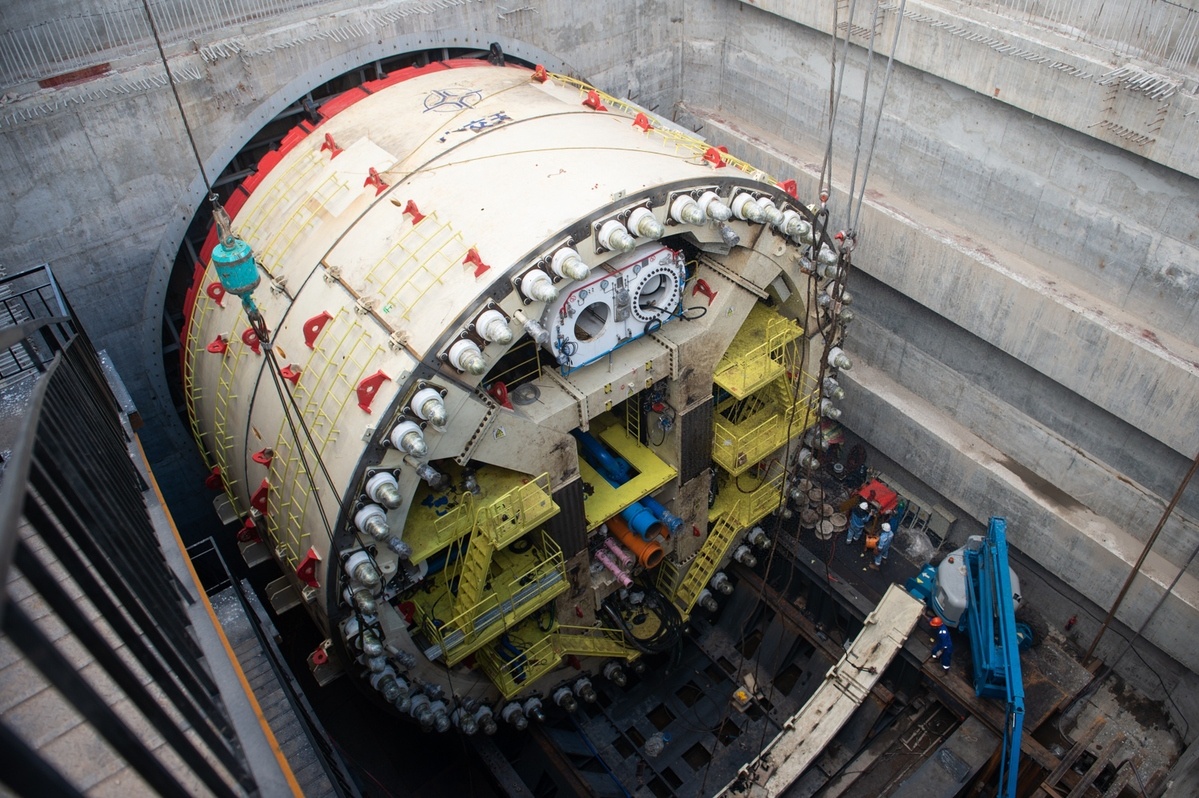 File photo: A shield tunneling machine being assembled is pictured at the construction site of the $6-billion Jakarta-Bandung High-Speed Railway project on March 20, 2019. [Photo/Xinhua]

Engineer Xia Jian from China Railway Design Corporation, the railway's designer, said the beam crosses expressways and two ramps, and the surrounding environment is complicated. The design and construction of the beam is very difficult.

The length of the Jakarta-Bandung High-speed Railway will be 142 km, with a designed speed of 350 km/h.

When it is completed, it will cut travel time between Jakarta, Indonesia's capital, and Bandung from more than 3 hours to 40 minutes.

Construction of the line started in 2018.