Beaten but not vanquished, Macron seeks to shakeup EU parliament 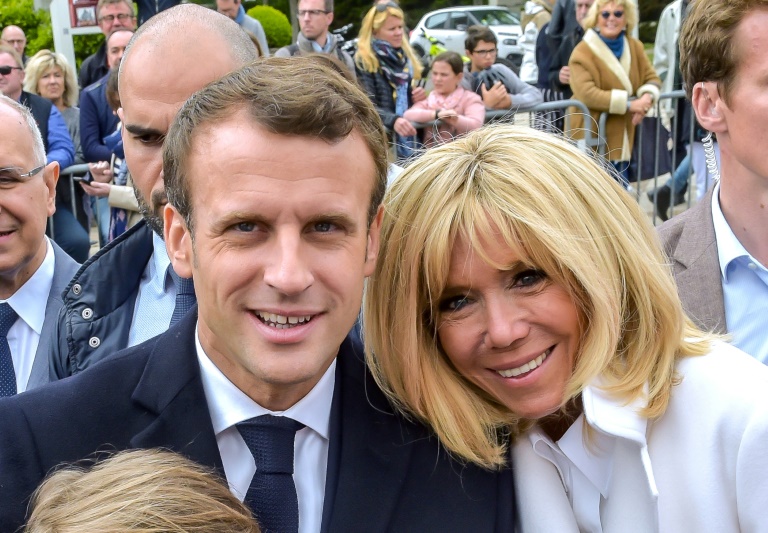 French President Emmanuel Macron, seen with his wife Brigitte, will try to form a broad centrist coalition within the EU parliament. (Photo: AFP)

French President Emmanuel Macron tasted defeat in European elections, but not disaster, and is set to continue pushing both his pro-EU agenda and a re-alignment of parties in the EU parliament.

Macron's Republic on the Move (LREM) party finished second behind the far-right National Rally of his arch-rival Marine Le Pen, but the two parties ended with less than 1.0 percentage point separating them -- on 22.41 percent and 23.31 percent respectively.

The vote was seen as a test for Macron domestically after months of anti-government protests, while his credibility in Europe as a champion of deeper integration was also judged to be on the line.

"A disappointment, but not a defeat for the Elysee," headlined Le Parisien newspaper on Monday, while an editorial in the Les Echos business daily said Macron's party was "resisting well" two years after his election.

The 41-year-old's priority will now be trying to increase his influence in the European parliament where LREM and its centrist allies will send 23 MEPs, the same number as Le Pen's RN.

His long-standing objective is to re-draw the political map of the European parliament, long dominated by the centre-right EPP grouping and the centre-left S&D -- in the same way as he broke the stranglehold of France's traditional parties.

Macron's EU-level partners, who form the ALDE group, finished third in Sunday night's vote, but the French leader is now aiming to broader the coalition to include new partners, particularly Greens who made major gains.

"The group that we are going to join is going to be a swing group which will try to be a driver in the creation of a progressive alliance. Why not with the Greens?" French government spokesman Sibeth Ndiaye told BFM television on Monday.

She added that ALDE would be renamed.

On Monday night, Macron will hold talks in Paris with victorious Spanish Prime Minister Pedro Sanchez whose Socialist party is set to become the biggest member of the S&D grouping after topping polls in Spain.

"At the European level, the president is still manoeuvring to form a large progressive alliance, a force that will be essential in the new parliament," an aide to the French leader told AFP on Sunday.

But Macron's ambitions, like his broader agenda for new EU initiatives, are likely to face resistance and it is far from certain that he can repeat his feat of fracturing Europe's centre-right and centre-left parties, as he did in France.

In a sign of the difficulties in proposing a deal with the Greens, influential and outspoken Belgian MEP Philippe Lamberts appeared to rule out an alliance on Sunday, saying that Macron "couldn't give a shit" about the environment.

Lamberts, co-leader of the Greens, delivered a caustic speech to Macron when he visited the European parliament in April last year, saying he had betrayed France's values of liberty, equality and fraternity.

Some analysts see the ALDE grouping as increasing its influence in the new parliament, but as remaining a distinct group along with the Greens.

"Centrists and liberals are now strong enough to say to the PPE and S&D, you need to work with us and organise a four-way coalition," Sebastien Maillard from the Jacques Delors Institute, a think-tank, told AFP.