WORLD Beating Boris: Race to replace UK's May kicks off

Beating Boris: Race to replace UK's May kicks off 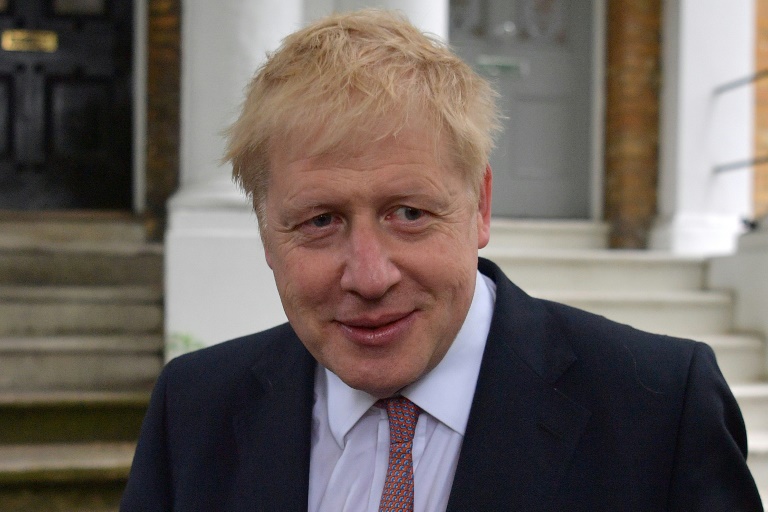 The contest to replace Theresa May as Britain's next leader heated up on Monday, with candidates lining up to define themselves against the "bluff and bluster" of frontrunner Boris Johnson.

Eleven Conservative MPs are vying to succeed May, who quit as the party's leader on Friday over her failure to take Britain out of the European Union on time.

She remains premier until her replacement is chosen, likely in late July, and whoever it is will automatically enter Downing Street.

The race is dominated by Britain's looming EU exit on October 31, with leading Brexiteer Johnson, the former foreign secretary, among those talking tough on the need to renegotiate the divorce terms or leave without a deal.

The bombastic former London mayor has been keeping a low public profile but is campaigning hard behind the scenes, and his rivals tacitly acknowledged he is the one to beat.

Environment Secretary Michael Gove, who is battling a scandal over his admission that he took cocaine, jeered at Johnson for shunning the limelight.

"We need someone who has been tested in the heat of battle.. not someone who will hide in their bunker," said Gove, who also criticised Johnson directly for his newly-announced proposal of cutting taxes for the rich.

Gove, whose decision to run for the premiership three years ago scuppered Johnson's chances then, attacked his party colleague's hardline Brexit policy saying it could lead to the opposition Labour Party winning power.

At his own campaign launch, Foreign Secretary Jeremy Hunt also lambasted the gaffe-prone Johnson, presenting himself as a "serious leader" for "serious times".

Hunt opposed Brexit in the 2016 EU referendum but said that the Conservatives -- under pressure from populist eurosceptic Nigel Farage's new party -- must deliver on the result or face "annihilation" in the next election.

He received a boost with the endorsement of eurosceptic Defence Secretary Penny Mordaunt, although he is likely to anger some in the ruling party by refusing to rule out another Brexit delay.

"I'm the conviction Brexiteer with the plan, the discipline and the focus to lead us out by the end of October," he said, while also attacking Johnson's plans for a tax cut for the rich.

May, who took office after the referendum, was forced to quit after failing repeatedly to get her EU divorce deal through parliament and delaying Brexit twice in the process.

Brussels says it will not renegotiate the terms, which cover Britain's financial settlement, the rights of EU citizens and the Northern Irish border.

But many of the leadership candidates insist they will try.

Johnson has won praise from US President Donald Trump for threatening to walk away with no deal at all.

But he drew a rebuke from Paris on Sunday for saying Britain may withhold the multi-billion-euro divorce payment which May has agreed, its liabilities from four decades of EU membership.

"Not honouring payment obligations is a breach of international commitment equivalent to a default on its sovereign debt," a source close to French President Emmanuel Macron told AFP.

Asked about "no deal", Hunt said: "I would be prepared to without a deal if there was a straight choice between no deal and no Brexit, but I'd do so with a heavy heart."

He claimed at the weekend that he had received encouraging signals for renegotiating the Brexit deal from German Chancellor Angela Merkel.

In response, a German government spokeswoman referenced a previous remark by Merkel that the deal cannot be reopened, although a declaration on future ties could be.

Health Secretary Matt Hancock, Interior Minister Sajid Javid and the Conservative Party's former leader of the House of Commons Andrea Leadsom are also in the running among several others.

The 313 Conservative MPs will begin voting on Thursday.

They will hold a series of secret ballots to whittle down the field to a final pair, who will be put to around 160,000 party members from next week to choose Britain's next prime minister.