WORLD Beau Biden, an 'inspiration' for US Democratic candidate

Beau Biden, an 'inspiration' for US Democratic candidate

Joe Biden once again paid tribute to his son Beau, who died of cancer in 2015, during the first presidential debate, yet another sign of how large a role he plays in the Democratic challenger's campaign to reach the White House. 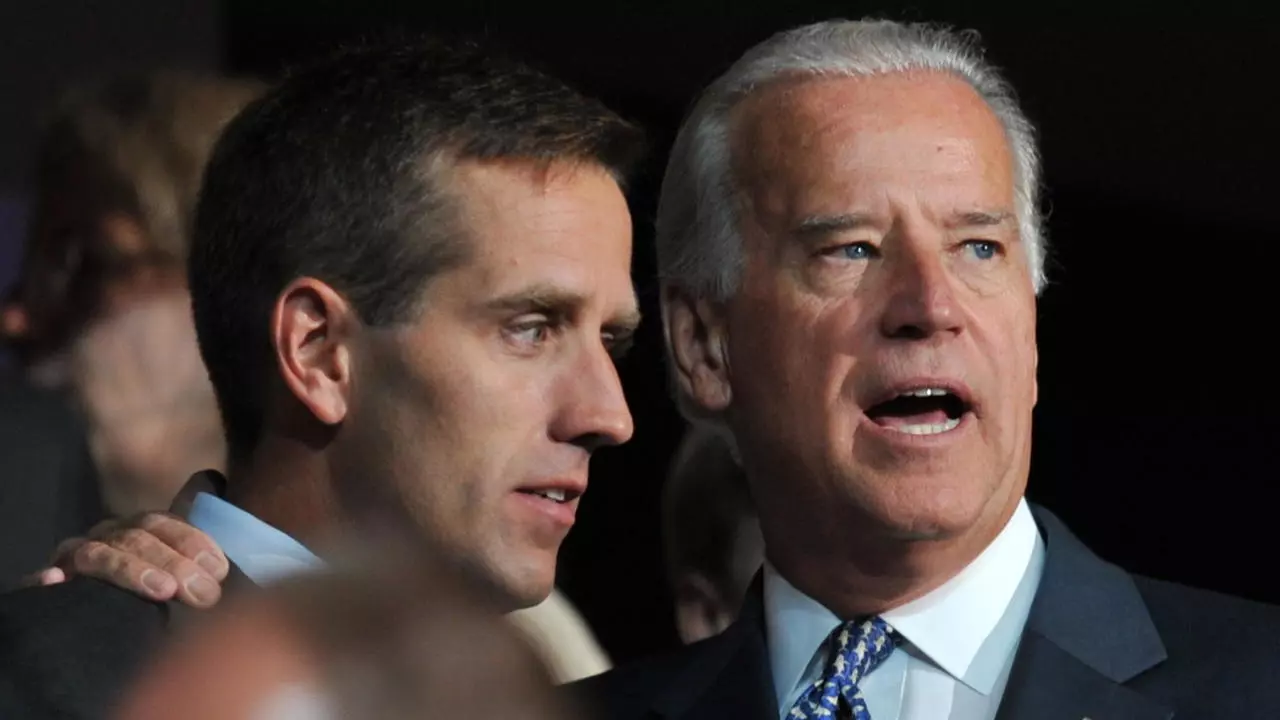 "Even though he is no longer with us, every day he still inspires the next president for the United States," said a voice-over at the Democratic National Convention when the former vice president formally accepted his party's nomination in August.

Ever since Beau Biden succumbed to a brain tumor at the age of just 46, his septuagenarian father, visibly moved, mentions him at almost every public occasion.

His tributes have recently been infused with new force after reports that President Donald Trump referred to US soldiers who had been killed in combat as "losers."

Delaware's attorney general from 2007 to 2015, and an Army reservist who served in Iraq, Beau had flirted with the idea of following his father's footsteps into the Senate, and seemed destined to hit the national stage.

"My son... wasn't a loser," said Biden, his voice rising, on the podium Tuesday night.

But at the mention of his idealized lost son, the Republican president immediately raised the name of Biden's other, more problematic, offspring. "Are you talking about Hunter?" Trump said.

Hunter, 50, a lawyer, was at the center of the Ukrainian affair that led to Trump being impeached. The Democrats accused Trump of abusing his powers by pressing the new Ukrainian leader to launch an investigation into Hunter's activities on the board of a Ukrainian energy company.

"Where is Hunter?" asked Trump, who since his acquittal by the Republican-controlled Senate has not stopped calling Biden and his son "corrupt" for son using the father's name to land lucrative jobs and contracts.

On Tuesday night, he also raised the issue of Hunter's drug problems, which the younger Biden has himself admitted to in the past.

The indignant Democratic candidate snapped back at the real estate mogul that his son, "like a lot of people you know at home, had a drug problem. He's overtaken it. He's fixed it...and I'm proud of him."

But as though he was continuing his interrupted homage to his lost son, Biden appeared again on the campaign trail Wednesday wearing a basketball cap emblazoned with the name of the Beau Biden foundation, which fights against child abuse.

The influence of Beau on his father is undeniable, and Biden himself makes no attempt to hide it.

His death at 46 made Biden, still in mourning, slow to take up the challenge of running to become the Democrats' presidential nominee in 2015 and 2016. In the end, he withdrew from the race.

Now his party's candidate, the former right-hand man of Barack Obama set his grief aside in January but the spirit of his son still moved him.

"Beau should be the one running for president, not me," Biden said. "Every morning I get up Joe, not a joke, and I think to myself, 'Is he proud of me?'"

His son's memory even played a role in his selection of California senator Kamala Harris as his running mate. Beau and Harris "grew close while fighting to take on the big banks -- and he had enormous respect for her and her work," Biden said.

Beau and Harris were prosecutors during the financial crisis of 2007-2009.

His son's death was not the first tragedy to afflict Biden.

In 1972, just after he was elected to the Senate, his wife and daughter were killed in a car accident. His two sons were injured and it was at their hospital bedside that he decided to take up his seat in Congress.

He commuted by train most days to Washington from his home in Wilmington, Delaware, four hours a day, so he could raise them.

Those years forged a strong bond in the family.

"One of my earliest memories was being in that hospital, Dad always at our side," recalled Beau at the 2008 Democratic convention, moving Joe and his second wife Jill to tears.

"Five years later, we, my brother, dad and I, married my mom, Jill," Beau said.

It was Beau too who appeared on stage at the 2012 to present Obama's vice president. "My father, my hero: Joe Biden."

Last August, despite his death, he occupied the position of honor at the convention, this time marking his father candidacy for the White House itself.

"We wanted to give Beau the last word," said Hunter, introducing an excerpt from his brother's 2012 speech.

Their half-sister Ashley added, "Beau, take it away."