China has called on Canada to join it in safeguarding the global free trade system and promote the creation of the free trade area between the two countries. 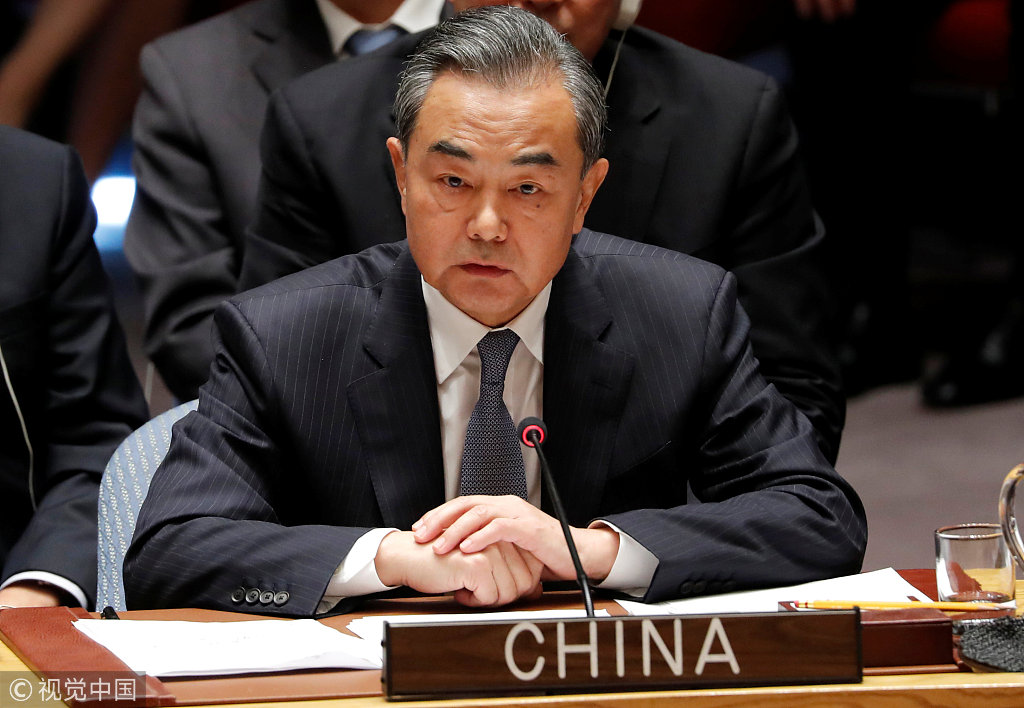 Speaking with Canadian Foreign Minister Chrystia Freeland by phone on Wednesday, State Councilor and Foreign Minister Wang Yi said China has been consistent in upholding free trade and safeguarding a multilateral trading system with the World Trade Organization at its core.

The conversation took place shortly after Canada concluded talks for the US-Mexico-Canada Agreement, which has yet to be approved by the governments of all three countries, including the US.

If the new agreement is realized, it will replace the North American Free Trade Agreement and give the US a veto when Canada or Mexico enters into a free-trade agreement with a "nonmarket economy"－language often used to describe China.

Wang said China opposes trade protectionism in any form as well as double-standard practices, and any attempt to hinder China from further modernization will not succeed.

Freeland said the signing of the USMCA should not undermine the legitimate rights and interests of other countries, adding that Canada will advance negotiations on free trade agreements with other countries based on its own decisions.

In a recent interview with Reuters, US Secretary of Commerce Wilbur Ross compared an article in the USMCA with a poison pill. The new article implies that countries of the USMCA will refrain from entering into trade agreements with countries that do not belong to the market.

China hopes free trade arrangements in any region or any form should be based on principles of openness, transparency and inclusiveness in order to create a freer and enabling environment for global trade, Foreign Ministry spokesman Lu Kang said on Thursday at a regular news conference.

On the same day, Commerce Ministry spokesman Gao Feng said there is no article referring to the notion of a "nonmarket country" in the WTO's multilateral trade system.

Although the special article in the USMCA does not name China directly, it might set an example for participating countries to follow the US lead if they want to negotiate separate agreements with China, as the US does not classify China as a "market economy", observers said.

The article indicated that trade frictions between China and the US are extending from bilateral relations to third party countries, said Chen Fengying, a senior researcher at the China Institutes of Contemporary International Relations.

In this context, the rules-based multilateral trade system must be upheld, reformed and developed to counter isolationism, Chen added.