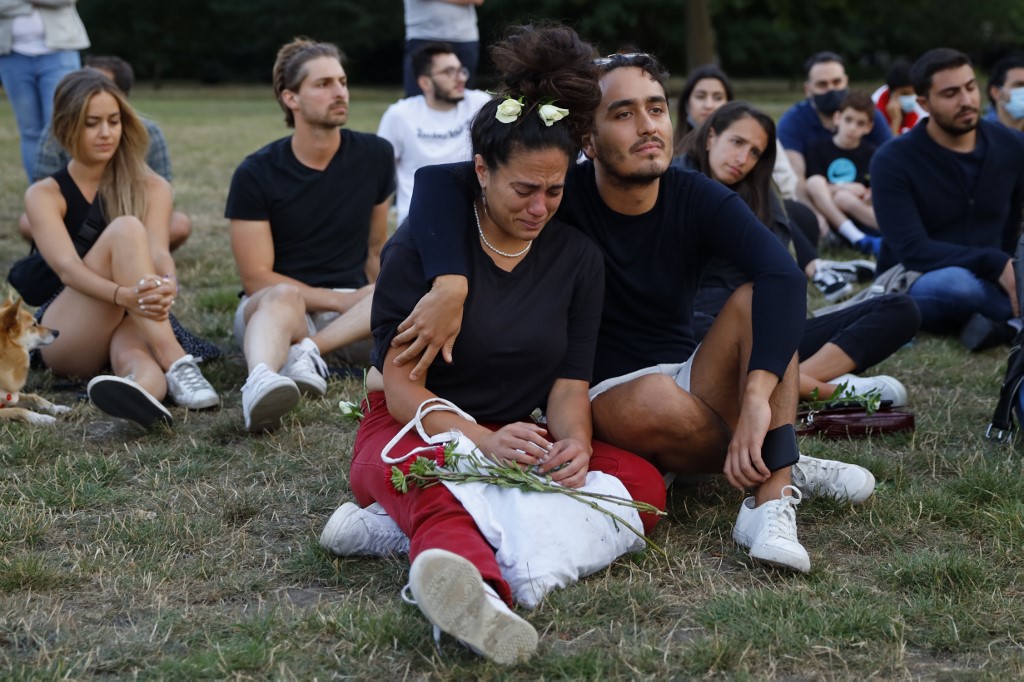 Lebanese come together for a vigil held at Kensington gardens in central London to honour the victims of the Beirut blast on August 5, 2020. (Photo: AFP)

BEIRUT, Aug. 5 (Xinhua) -- The Lebanese cabinet announced on Wednesday a state of emergency in Beirut for two weeks, while the death toll from the deadly blasts at the Beirut port has climbed to 135.

Two huge explosions rocked Port of Beirut on Tuesday at around 6:10 p.m. local time (1610 GMT), shaking buildings all over Lebanon's capital while causing heavy damage in the city.

Health Minister Hamad Hassan announced that so far the explosions have left 135 people dead and 5,000 others injured.

The state of emergency will be under the supervision of the Lebanese army who will maintain security in the city.

Primary information reveals that ammonium nitrate stored since 2014 in warehouse No. 12 at Port of Beirut may have caused the explosions.

The cabinet decided to put under arrest port officials who were aware and involved in the storage of the 2,700 tonnes of ammonium nitrate at the Port of Beirut.

The cabinet also urged the Public Works Ministry to secure import and export activities through Port of Tripoli, given the destruction inflicted by the accident.

The High Relief Commission will work on opening schools and hotels for people who lost their houses.

Investigations into the disaster are ongoing and the Higher Defense Council promised to reveal some results from investigations within five days.