WORLD Beirut deaths near 180, with 30 missing 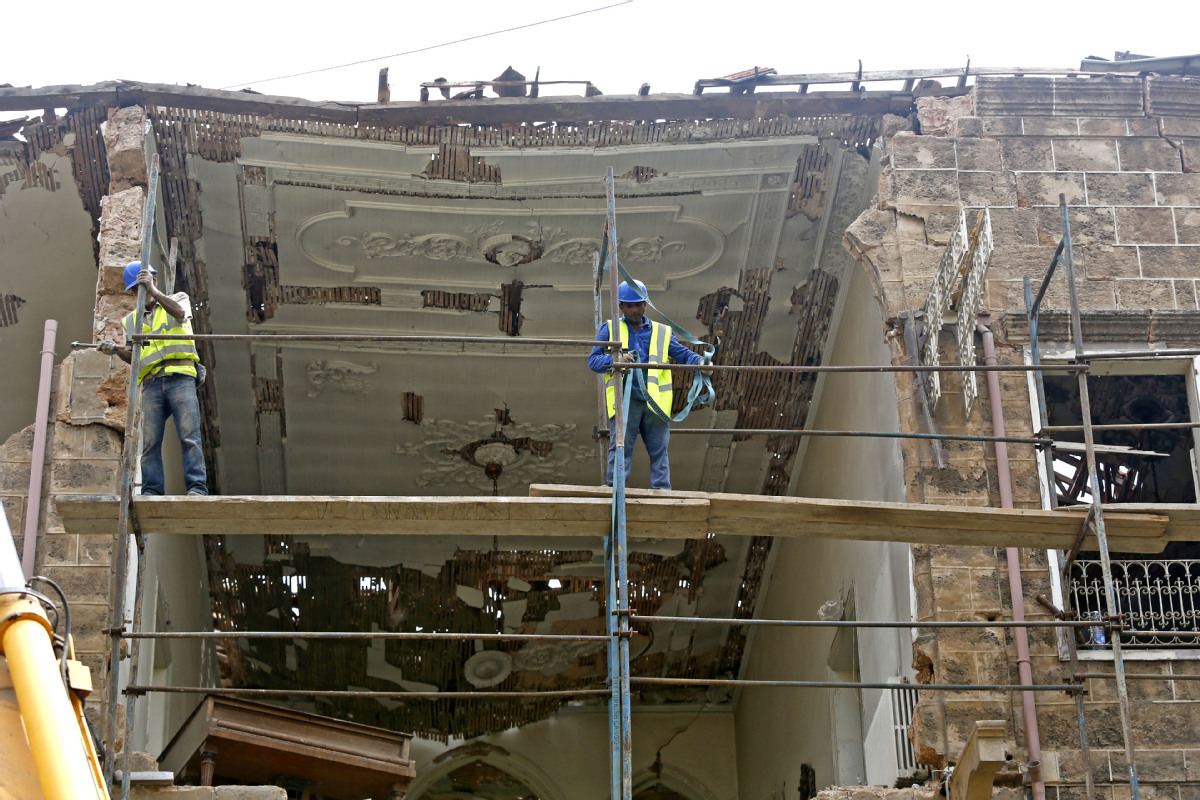 Workers try to stabilize a damaged building in Beirut on Thursday. Nearly 600 heritage buildings were damaged due to the explosions that rocked the Lebanese capital on Aug 4. LAL JAWICH/XINHUA

BEIRUT－The death toll from this month's explosions in Beirut has risen to nearly 180, with an estimated 6,000 people injured and at least 30 missing, the United Nations said on Friday. The update comes after the United States said it would send FBI agents to the Lebanese capital to help in investigations.

The explosions on Aug 4, centered on the city's port, have affected operations at six hospitals, up from an initial three, and damaged more than 20 clinics in the worst-hit parts of Beirut.

The World Bank, in a preliminary assessment, said 80 percent of residential buildings and infrastructure was impacted, aside from the destruction to the port. Wastewater systems in central Beirut and an electrical substation in one neighborhood also were severely damaged, it said.

"Beyond the human tragedy, the economic impact of the explosion could be large," the report said, including a decline in trade, economic activities and government revenues.

Mobile health clinics run by the UN's refugee agency are providing medicines and health services to those most in need, and the world body's children's fund is distributing 10,000 tetanus vaccines, 42 emergency kits and emergency drugs to primary healthcare centers in need, he said.