BEIRUT, Jan. 3 (Xinhua) -- The new director of Beirut's port said there are still 52 containers of dangerous acids at the port and a German company is working to ship them away, the pan-Arab daily Asharq Al-Awsat reported Sunday. 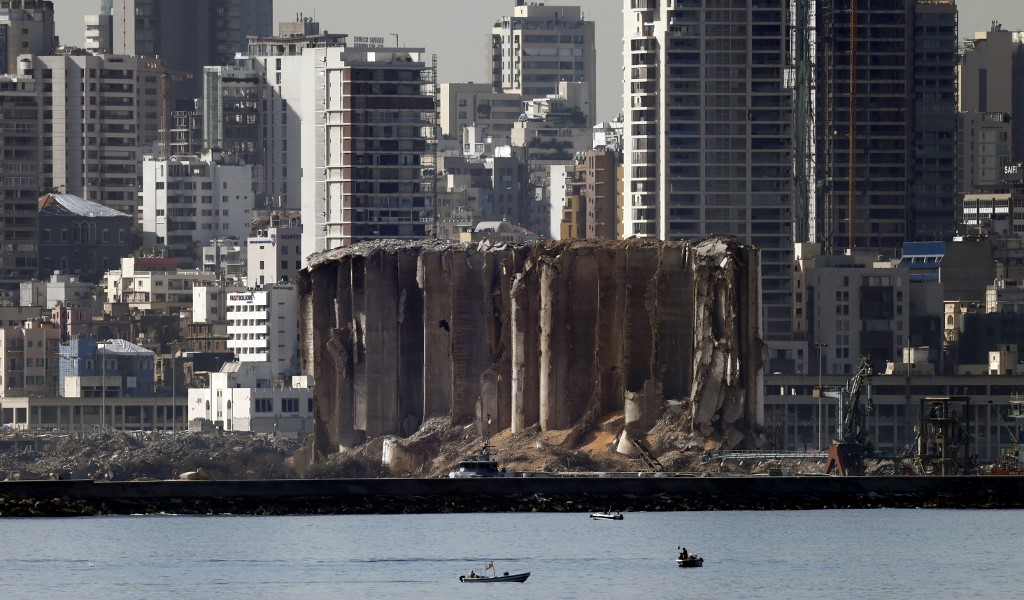 The destroyed silo is pictured on October 26, 2020 at Beirut's port following the August 4 massive chemical explosion at the site which that caused severe damage across swathes of the Lebanese capital. (File photo: AFP)

The German company Combi Lift is properly packaging the acids of eight different types and will ensure their shipping according to European standards, Asharq Al-Awsat quoted the new director Bassem Al-Kaissi as saying.

The move comes after reports issued by the Lebanese and German environment ministries about the presence of acids at the port.

Kaissi attributed the presence of acids at the port to negligence and the long administrative procedures needed to destroy or re-export them.

He said the Lebanese army has checked 725 out of the 10,000 containers available at the port in about a week.

Two huge explosions ripped through the Port of Beirut on Aug. 4, 2020, killing about 200, injuring at least 6,000 and leaving 300,000 homeless. A big part of the Lebanese capital was destroyed in the disaster.

Investigations pointed to the roughly 500 tons of ammonium nitrate left at the port as the cause of the explosions, as stated by caretaker Prime Minister Hassan Diab last month.