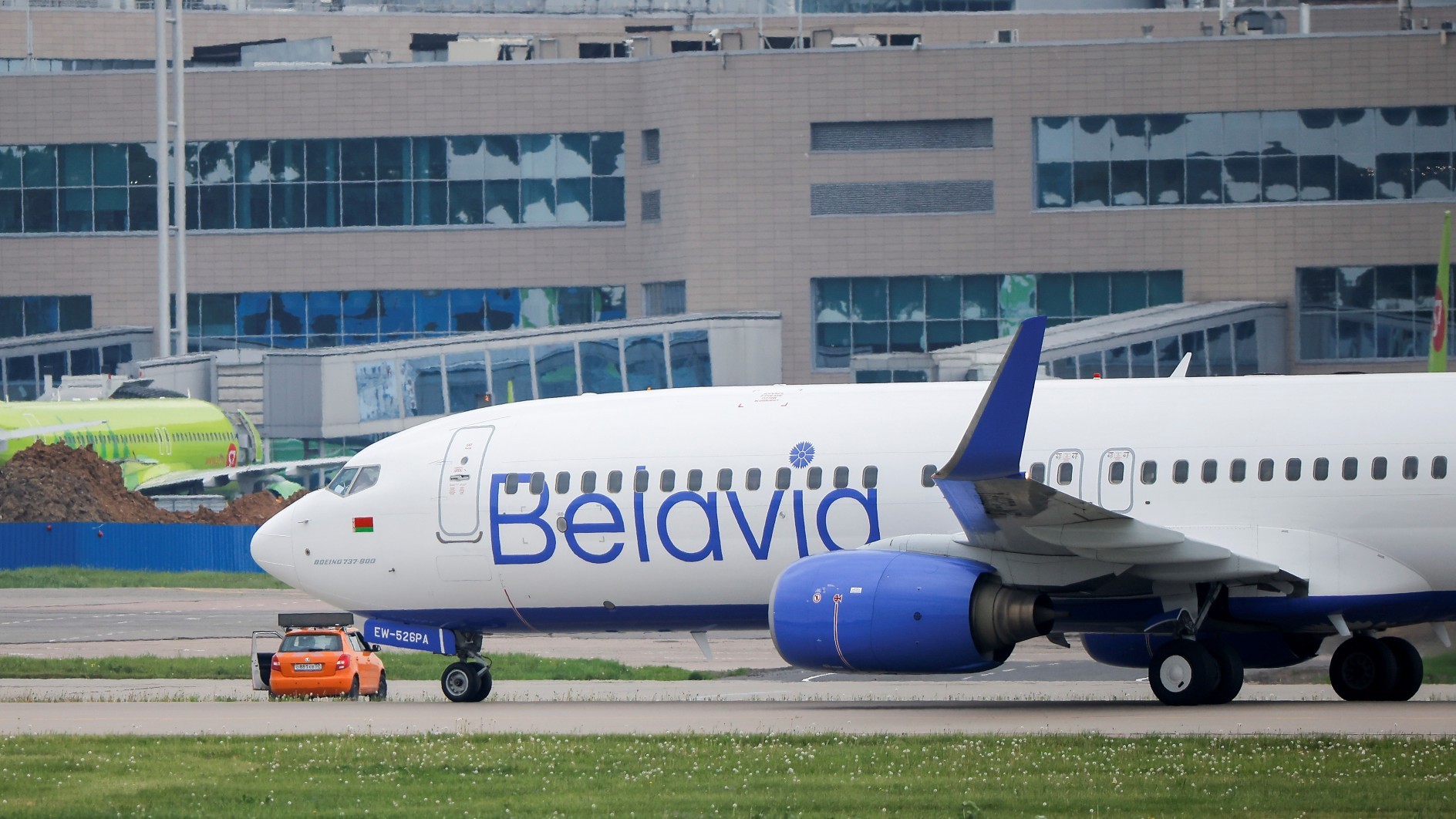 Most of Belarus's neighbors and many other European nations have banned Belavia flights. (Photos: CGTN)

The head of Belarus's national airline Belavia condemned the decision by numerous European Union (EU) countries to impose airspace restrictions on the carrier following the forced landing of a passenger jet in Minsk, labeling the decision "despicable."

Most of Belarus's neighbours and many other European nations have banned Belavia flights amid outrage over Sunday's forced landing of a Ryanair jet en route to Lithuania from Greece and the arrest of a dissident journalist on board.

The EU has proposed closing its airspace to state-owned Belavia and stopping it from landing at EU airports. Belavia has said it has been banned from flying to Lithuania, Latvia, France, Sweden, Britain, Finland, the Czech Republic and Ukraine.

In a post on his Facebook page on Saturday, Belavia director Igor Tcherginets said such steps amounted to sanctions on the carrier, which he described as innocent.

"It is evident that these governments planned not only to close their countries for landing by our airplanes but also, with an especially fascist perversity, they are closing air corridors one by one. They are mocking us," Tcherginets wrote. 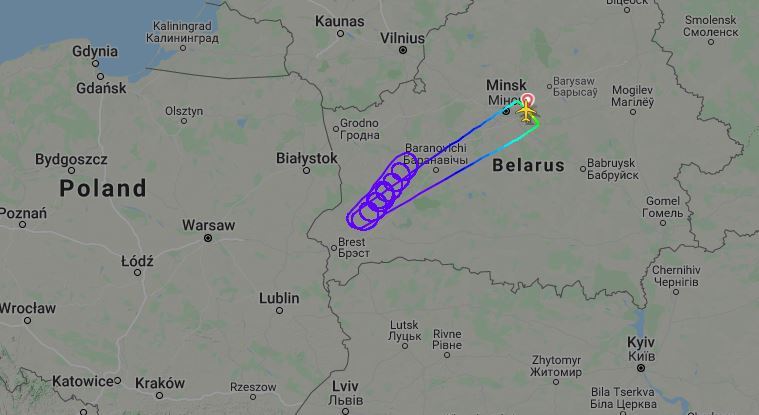 Belavia fight 869 from Minsk to Barcelona on May 26 was kept in a holding pattern on the Polish border before being told to return to Minsk.

Which countries have banned Belavia from their airspace?

• The United Kingdom was the first country to ban flights by Belarus on May 24.

• France, Poland, Lithuania, and Latvia followed on May 25.

• Estonia banned all flights to and from Belarus and all aircraft registered in Belarus from using its airspace on May 27.

• As of 28 May, Ukraine implemented a total ban on Belarusian airlines in its airspace.

• Sweden has noted it has stopped Belavia flights, but makes no mention about overflights at this time.

• Finland has also banned flights by Belarusian airlines from using their airspace.

• On 28 May Cyprus banned all flights by Belarusian aircraft

Flightradar24 has produced an updated map of where Belavia flights are banned.

Tcherginets criticized European governments for imposing the restrictions before the International Civil Aviation Organization had investigated the incident.

"All this is happening before an investigation of the incident, for which there may be some guilty parties, but Belavia is definitely not among them," he added.

"They punish innocent Belavia without even beginning an investigation. It's despicable."

Belarus had said it was responding to a bomb threat when it scrambled a MiG-29 fighter plane to escort the Ryanair jet down, and authorities in Minsk then arrested Roman Protasevich - a blogger and critic of President Alexander Lukashenko - and his girlfriend.