Dissident journalist Roman Protasevich, who was arrested by Belarusian authorities on May 23 when his Ryanair flight from Athens to Vilnius was forced to land in Minsk, has been moved from a detention facility to house arrest, said the Belarus prosecution authority on Friday.

His father Dmitri Protasevich told the BBC his son was now in a rented flat in the capital, while his Russian girlfriend, Sofia Sapega, who was arrested on the same day, is staying in a separate rented flat. 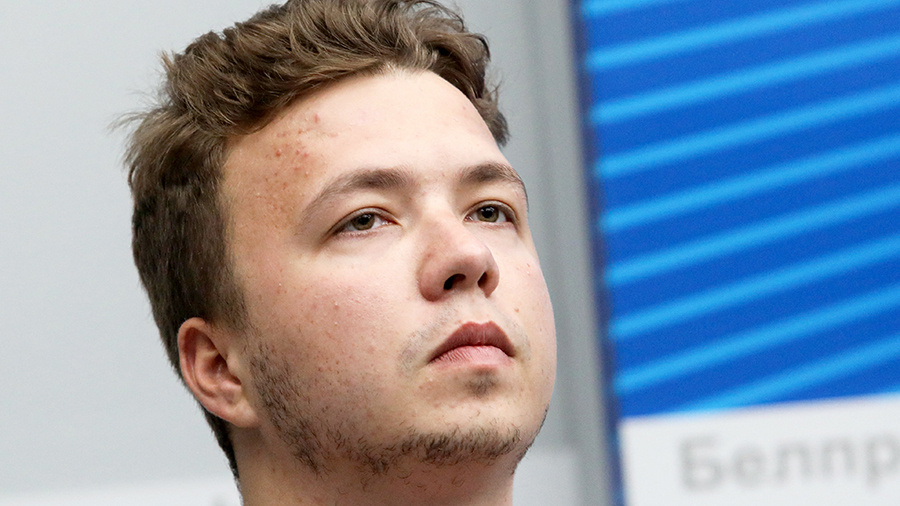 Belarus authorities have said Protasevich is an extremist who has facilitated violence in the country. (Photo: AFP)

The Belarusian Investigative Committee said in a statement that it had "found it possible" to move the two to house arrest because the pair had given "consistent confessions" and are cooperating with investigators.

Protasevich is facing up to 15 years in jail if convicted of taking part in organizing the protests that shook Belarus last year in response to the presidential elections in which Alexander Lukashenko claimed his sixth consecutive term in power. Sapega has been accused of causing unrest. It was alleged by the protesters that the vote was rigged.

Belarus state media aired Protasevich's confession at the beginning of June, which the dissident later confirmed wasn't made under duress. But Protasevich's father told the BBC that both his son and Sapega are "still under the full control of the authorities."

Opposition politician Sviatlana Tsikhanouskaya, who ran against Lukashenko in the 2020 election and was forced to leave for Lithuania for fear of arrest, after the results led to nationwide protests, said the fact that Protasevich is not in a cell is good news.

"But house arrest does not mean freedom ... They remain hostages," she added.