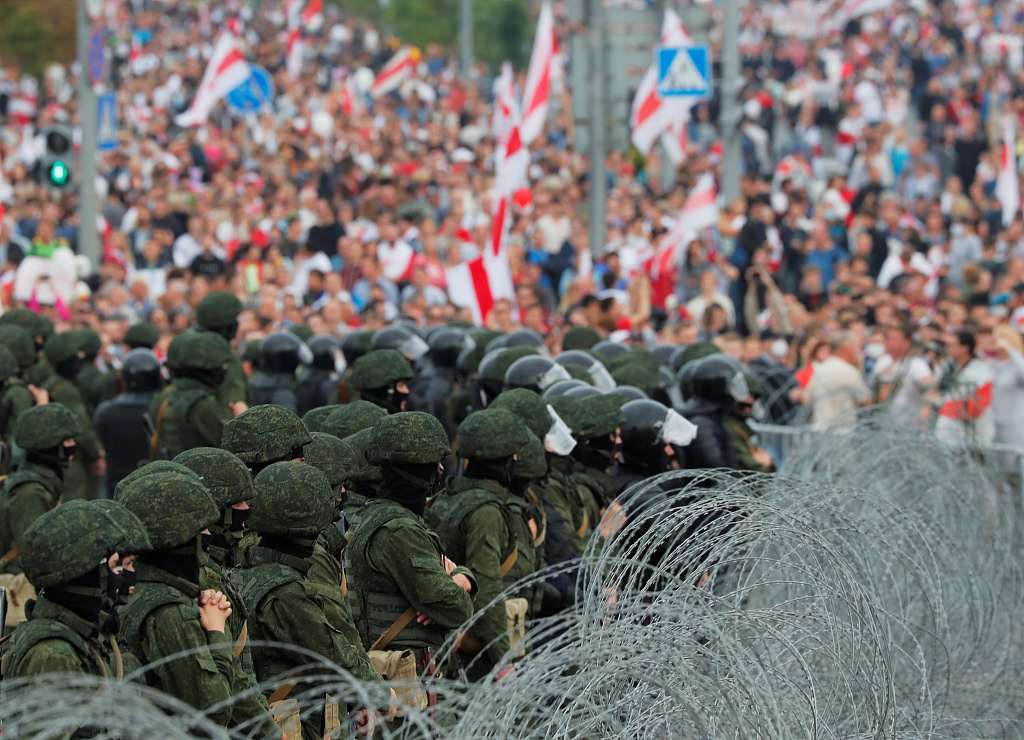 The United States imposed sanctions on eight Belarusian officials on Friday, accusing them of involvement in rigging President Alexander Lukashenko's re-election victory in August or the violent crackdown on protests that followed.

The move came after the European Union announced sanctions on 40 people, including the interior minister and the head of the election commission, achieving a breakthrough on the issue at summit talks in the early hours of Friday morning.

Lukashenko was spared, in line with the EU's policy of punishing powerbrokers as a last resort. He denies electoral fraud and says the protests are backed from abroad.

Lukashenko's government announced retaliatory sanctions against unidentified officials in several EU countries, recalled its ambassadors to Poland and Lithuania for consultations and nudged both countries to reduce the size of their embassy staff in Minsk.

"We are not going to summon our ambassadors for consultations, and we will definitely not do anything to reduce personnel," Lithuanian Foreign Affairs Minister Linas Linkevicius told reporters, adding that if "the advice becomes a request, then we will take appropriate measures."

The U.S. sanctions also targeted Belarusian Interior Minister Yuri Karaev and his deputy. Those under sanctions are subject to asset freezes and a ban against Americans doing business with them. Earlier on Tuesday, Britain and Canada imposed sanctions against Belarus with travel bans and asset freezes on Lukashenko, his son Viktor and other senior officials.

Putin and Lukashenko: Deepening the integration of Russia-Belarus Union State 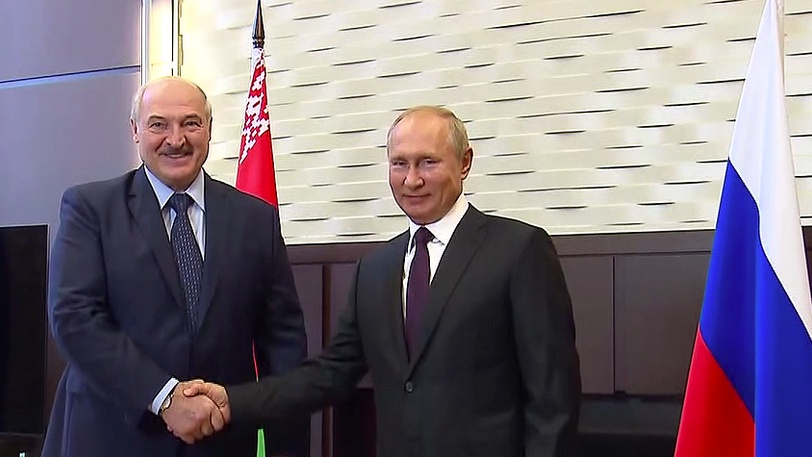 Belarus has been caught up in street protests for nearly two months. The largest anti-government demonstrations in the history of the country have posed the biggest challenge to Lukashenko's 26-year rule and sanctions from Western countries have pushed Belarus back towards traditional ally Russia, which has propped up Lukashenko's government with loans and an offer of military support. Moscow sees its ex-Soviet neighbor as a strategic buffer against the EU and NATO.

Lukashenko and Russian President Vladimir Putin spoke by phone on Friday, expressing confidence that "the problems that have arisen will soon be resolved," the Kremlin said.

Lukashenko's government announced it had drawn up a list of people who were banned from traveling to Belarus in retaliation for the EU sanctions. It did not name the officials or the countries they were from.

"...we are imposing visa sanctions against the most biased representatives of European institutions, including the European Parliament and the states – EU members," foreign ministry spokesman Anatoly Glaz was quoted by the official Belta news agency as saying.

"The list is symmetrical in many ways. We have decided not to make it public for now."

Russia's foreign ministry said the Belarusian sanctions would apply in Russia as well.

Read more: Will Belarus' Lukashenko fight until the end? 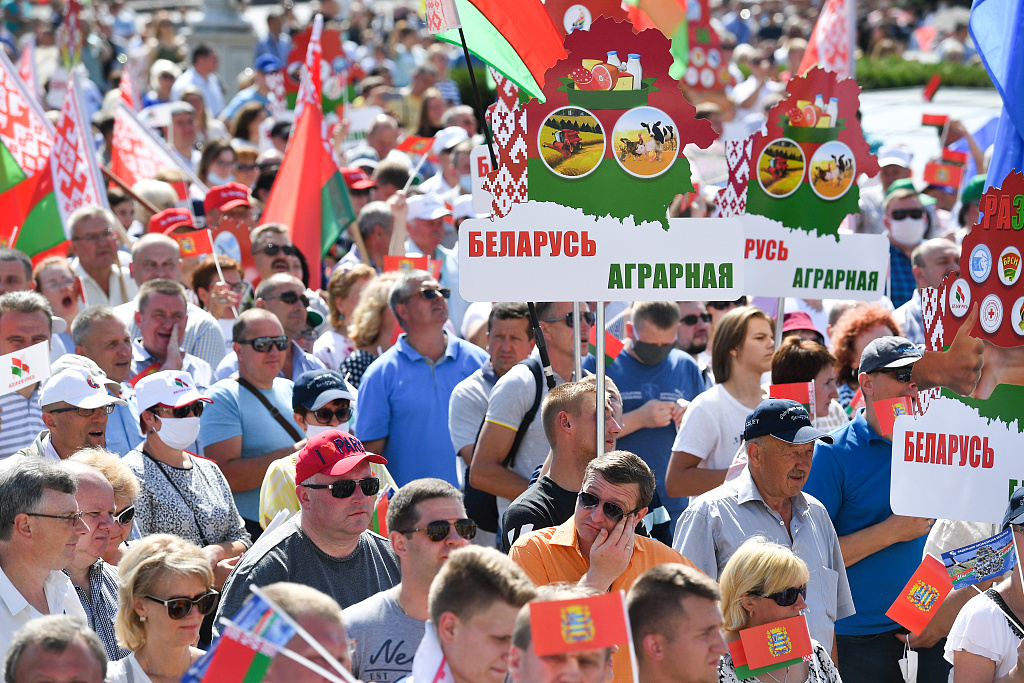 A mass rally was held to support the government in maintaining national peace in the center of Minsk, Belarus, August 16, 2020. (Photo: VCG)

"Decide the fate of Belarus independently"

As the country faces unprecedented external and internal pressure, Lukashenko's government promised it would focus on issues related to employment, creation of new jobs, payment of salaries, pensions and social benefits, but refused external mediation which it claimed was "questionable.".

"Today it is of crucial importance to listen to public initiatives and find a common language with young people. After all, it is not always that the youth can objectively assess the actions they are pushed to take," Chairman of the House of Representatives Vladimir Andreichenko said.

The government had continuously claimed that Western media is lodging an "unprecedented information attack" against Belarus and the protests have been brought about from the outside.

The speaker of the upper chamber of parliament Natalya Kochanova on Friday strongly condemned Poland, Lithuania, Latvia, Ukraine and other foreign countries for interfering in its internal affairs.

"We have adopted statements stressing that the Belarusian people will independently decide the fate of their country and will continue working on the evolutionary development of the economy, political system, social and humanitarian sector," the speaker said.

The Belarusian authorities on Friday announced the government was stripping journalists working for foreign media organizations of their accreditation, and asked them to reapply for their permits.