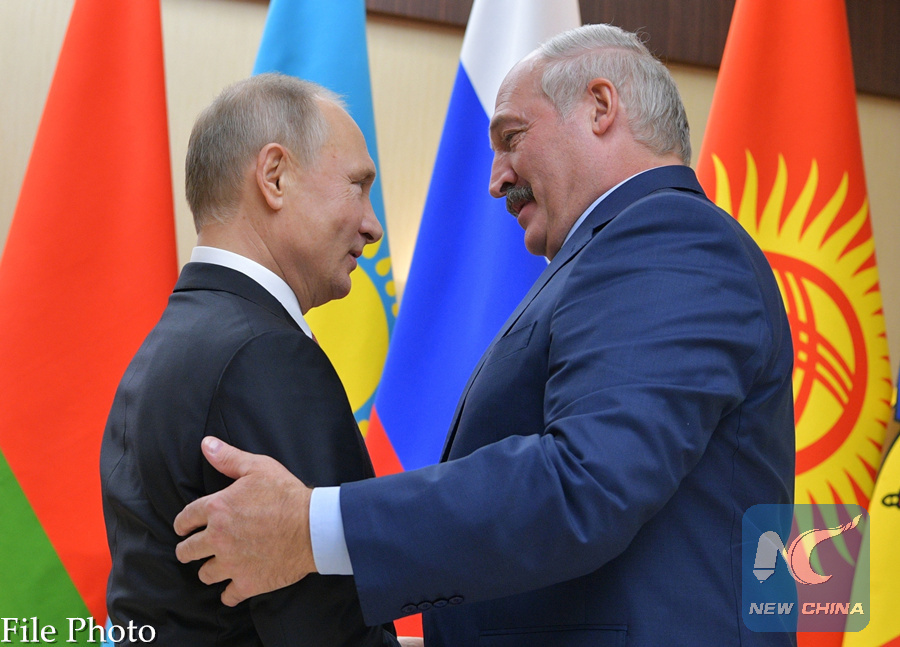 Russian President Vladimir Putin (L) and Belarusian President Alexander Lukashenko greet each other ahead of an informal meeting of the CIS leaders outside Moscow, Russia, Dec. 26, 2017. Photo: Xinhua

In January 2017, Belarus introduced a five-day visa-free policy for citizens of 80 countries, including 39 European countries and the United States. After that, Belarus and Russia started to have differences regarding their shared border.

Lukashenko said at a conference in Minsk that the liberalization of Belarus visa regulations for foreigners has caused concerns by Russia.

He added that the Belarus-Russia border is often called "the strangest border in Europe" on the Internet and elsewhere.

The president said that the law enforcement bodies of Belarus and Russia maintain constructive and systematic cooperation.

Border controls along the Belarus-Russia border were lifted after the two countries signed the Treaty of Friendship, Good-Neighborliness and Cooperation in 1995.