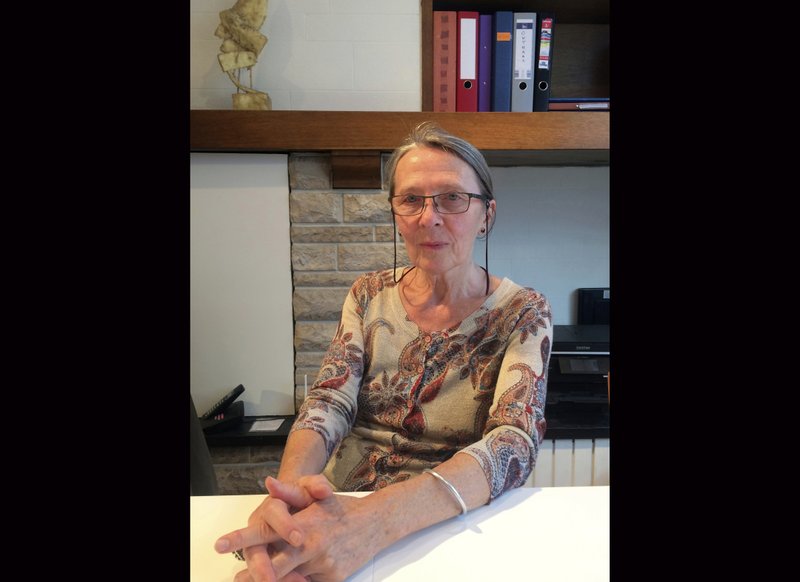 In this Thursday, June 29, 2017 file photo, psychiatrist Dr. Lieve Thienpont poses during an interview with The Associated Press, in Ghent, Belgium, one of the few countries that allow for euthanasia. (Photo: AP)

Belgium’s euthanasia law survived a key test on Friday when a high court acquitted three doctors of charges of manslaughter by poisoning in a landmark ruling involving a woman who suffered from mental problems.

There were fears in the medical community that a conviction would have had a chilling effect on doctors who need to cooperate on over 2,000 euthanasia cases each year.

“This is relief for all doctors who have to carry out such tough tasks,” said defense lawyer Walter Van Steenbrugge. “If this would have gone the other way, so many doctors would have been in real deep trouble,” he said, implying few would want to risk assisting in euthanasia if it meant that they could face manslaughter charges.

The three doctors were involved in the euthanasia of a 38-year-old patient, Tine Nys, who suffered with mental problems and died in 2010.

Her family took the case to court, arguing that the euthanasia should never have happened, claiming her mental state wasn’t hopeless and treatment was still possible. Nys had struggled with psychiatric problems for years and had attempted suicide several times.

“This is such a relief. This has been with us for 10 years,” psychiatrist Lieve Thienpont, one of the acquitted doctors, said. The 12 jurors took eight hours to weigh the question of guilt and when they came to their verdict early Friday, more than 100 remaining attendees in the court room broke out in wild applause.

Belgium is among a few countries that allow euthanasia.

Lawyer Fernand Keuleneers, who is on the Nys family’s legal team, complained that Friday’s ruling turned euthanasia into a free-for-all.

“The euthanasia law is now beyond any controls,” he said. “Everyone can do what he or she wants. The political world is facing a massive problem.”

There were 2,357 cases of euthanasia in 2018 in Belgium, a nation of 11 million. More than 40% involved patients over 80 years. There were 57 cases centering on psychological or behavioral issues. Patients need to be of sound mind, face a medically hopeless future, face sustained and unbearable suffering because of a serious incurable disease and have made a repeated request for euthanasia.

In the Nys case, the criminal complaint by the family was only granted on appeal after it was first rejected by a lower court.

It was something that riled the defense lawyers, some of whom thought there were conservative political forces at work to bring the case to the court where a citizens’ jury would rule on the case.

Even if the two-week court case laid bare sloppy procedures by some doctors and imperfections in the law, it did in the end protect the principles of the practice.

“People will continue to hold on to the right of a dignified death when death is inescapable,” Thienpont said.

After the high-drama trial, the issue is set to continue to dominate political headlines in this predominantly Roman Catholic nation where religious influence has been steadily on the wane since World War II.

The liberal Open VLD party, which has been a prime mover on the legislation even before the 2002 euthanasia law, said that such independent decision-making should be expanded.

“That is what we are fighting for,” Open VLD chief Gwendolyn Rutten said. “It deserves security and expansion, also for people with dementia.”