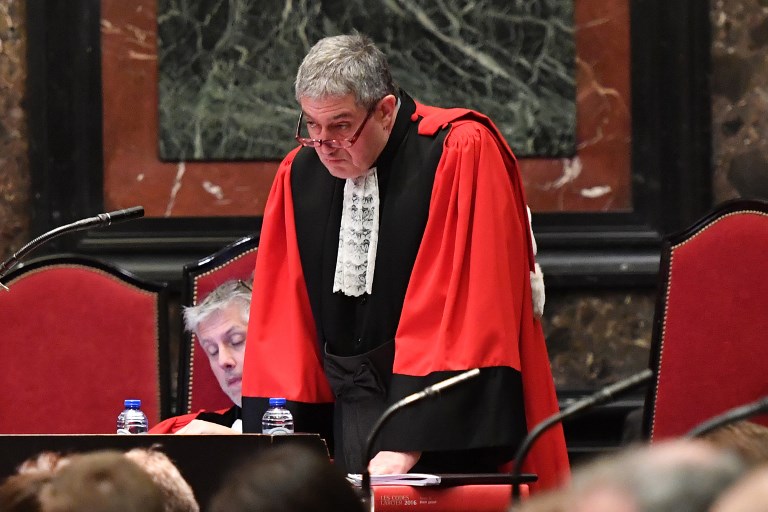 An alleged French jihadist accused of returning from Syria and shooting dead four people in an attack on the Jewish Museum of Belgium in central Brussels appeared in court Thursday.

Mehdi Nemmouche, allegedly the first foreign fighter to return to stage a terror attack on European soil, is charged with murder in the May 24, 2014 attack.

Since then there have been several deadly attacks in both France and Belgium by militants connected to or inspired by movements like the Islamic State group.

The 33-year-old confirmed his identity in the Brussels criminal court alongside his alleged accomplice, fellow French citizen 30-year-old Nacer Bendrer.

"Mehdi Nemmouche, 33, no profession," said the young man, with a thin beard and a dark jumper, who was brought to court under tight security.

No pleas were submitted at what was a pre-trial hearing, but defence lawyer Sebastien Courtoy said Nemmouche wants, after four years in custody, "to see his innocence recognised."

Thursday's hearing was arranged to finalise the witness list before the full trial, which is due to start next month, but was the pair's first public appearance.

Between 150 and 200 witnesses will be called when the main trial gets under way after January 10.

In the attack, a man opened fire with an assault rifle in the Jewish Museum of Belgium, killing two Israeli tourists, a French volunteer and a Belgian receptionist.

Prior to the attack, Nemmouche is said to have fought in Syria as part of a jihadist faction and is accused of acting as a jailer to kidnapped French journalists.

During the investigation he acknowledged playing a role in the anti-Semitic assault on the museum, but denied that he was the shooter.

Another suspect, caught on a security camera walking with Nemmouche by Brussels' Gare du Nord station after the attack has never been identified.

Nemmouche was himself arrested on May 30, 2014, arriving at a bus station in the southern French city of Marseille with a bag containing several firearms.

His co-defendant Bendrer, a petty criminal from Marseille, was arrested at a later date with weapons, but his lawyer has insisted he had nothing to do with the attack.

Investigators say Nemmouche was in Syria from 2013 to 2014 and met Najim Laachraoui, a member of the gang which carried out bombings in Brussels in March 2016, killing 32 people.

The same Brussels cell is also alleged to have carried out the gun and bombing attacks on November 13, 2015 in Paris that killed 130 people and wounded hundreds.

The Islamic State group, which drew thousands of jihadists from Europe to parts of Syria and Iraq under its control, claimed responsibility for these attacks.

Nemmouche is expected to face a separate trial in France for holding French hostages in Syria. He was charged in connection with that case in November last year.

Born in the northern French town of Roubaix to a family of Algerian origin, he is being held in a Belgian prison.

Belgium's Jewish community will be watching the trial closely, and its leaders have previously underscored the anti-Semitic nature of the museum attack.

The Jewish community was also singled out in attacks in the French city of Toulouse in March 2012, the Paris suburbs in January 2015, and in Copenhagen in February 2015.

The EU Agency for Fundamental Rights reported earlier this month that nine out of 10 European Jews believe anti-Semitism has worsened in the last five years.