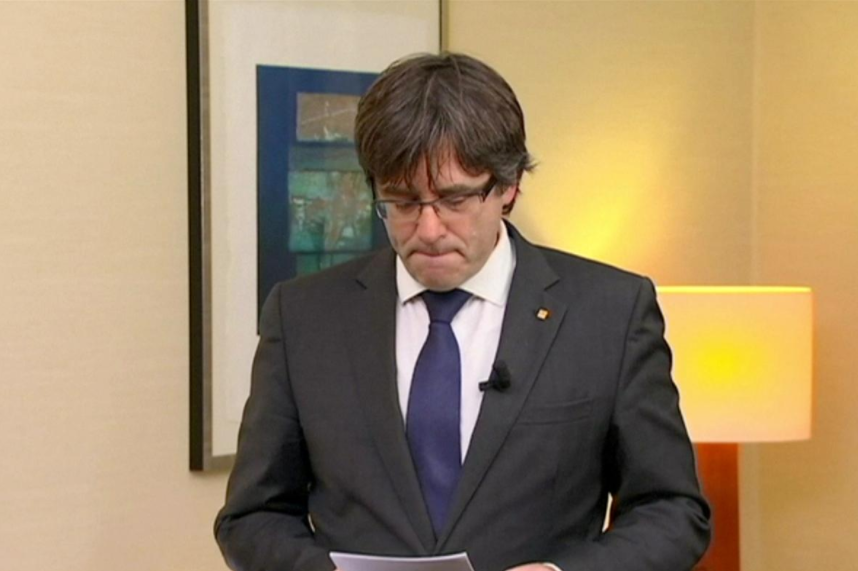 Sacked Catalan President Carles Puigdemont makes a statement in this still image from video calling for the release of "the legitimate government of Catalonia", after a Spanish judge ordered nine Catalan secessionist leaders to be held in custody pending a potential trial over the region's independence push, in Brussels, Belgium, November 2, 2017. TV3 via REUTERS TV

Puigdemont, who faces charges of misuse of public funds, disobedience and breach of trust relating to the secessionist campaign, turned himself in to Belgian police earlier on Sunday.

The judge decided to grant the five people conditional release pending a ruling by a court on whether to execute the European arrest warrant issued by Spain, VRT said.