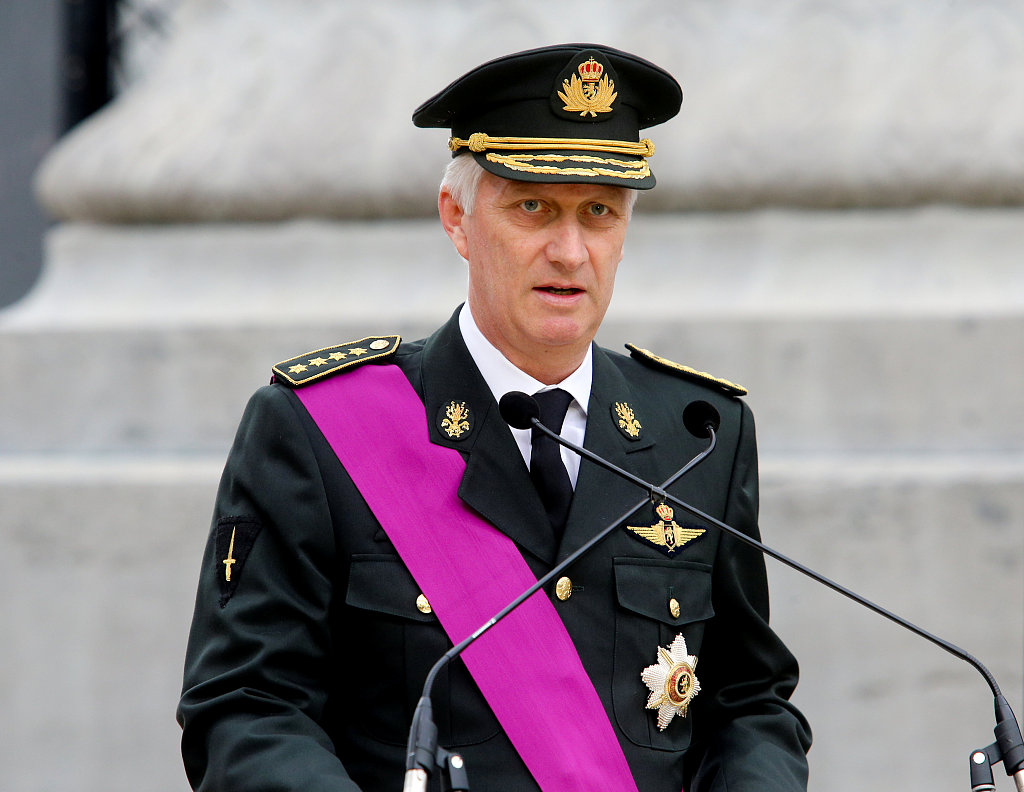 The military ceremony, which is held every year at the Congress Column in Brussels, started with King Philippe leading a one minute's silence to mark the 100th anniversary of the end of the First World War.

Later, he delivered a heartfelt speech calling on the youth in Belgium and around the world to become true heroes.

"I would like to say to the young people here, the day will come when we will no longer enjoy the heartening presence of the veterans who defended our territory. I am committed to keeping alive, with you, the memory of those who sacrificed themselves for us and the values for which they fought", said the Belgian sovereign.

"This Congress column, erected in honor of our first parliament and our first sovereign, is guarded by the unknown soldier. It embodies a message from the past, but it also points the way to our future", he added in a speech to Presidents of the House and Senate, Siegfried Bracke and Christine Defraigne, representatives of the government and the corporate bodies.

Since the 100th anniversary of the outbreak of the First World War in 1914, Belgium has organized a series of commemorative events every year on the 11th of November.

In recent years, Belgium has also began commemorating the contribution of Chinese workers during the First World War. On Nov. 9 of this year, an exhibition of photographs took place in Bruges in memory of the "Chinese Labor Corps" active throughout the First World War.

A day later, the Chinese Embassy in Belgium organized a ceremony in Poperinge, West Flanders, to commemorate the "Chinese Labor Corps" who made an extraordinary and lasting contribution to peace and reconstruction in Europe during and after the First World War.