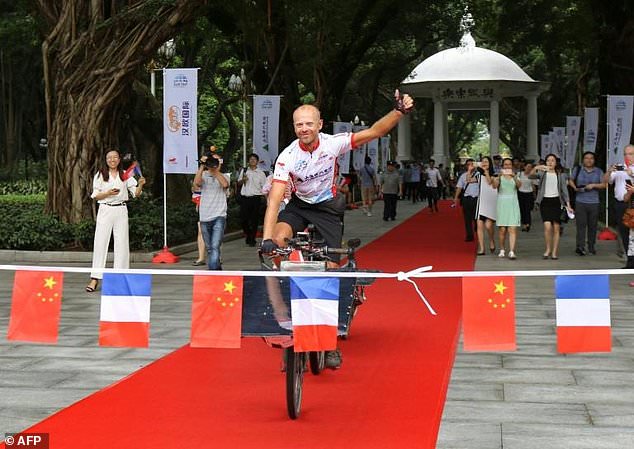 A Belgian cyclist rode 12,000 kilometres from the French city of Lyon to the southern Chinese city of Guangzhou in just 49 days to win an inaugural solar-powered electric bike race aimed at promoting renewable energy.

Raf van Hulle's journey took him through Germany, Ukraine, Russia, then Kazakhstan before riding into China, cycling an average of 270 kilometres daily.

He struggled through 3,000 kilometres of slopes amid scorching heat in the Gobi desert, which saw him pedalling unassisted in temperatures of over 40 degrees Celsius to avoid overheating his bicycle's battery. 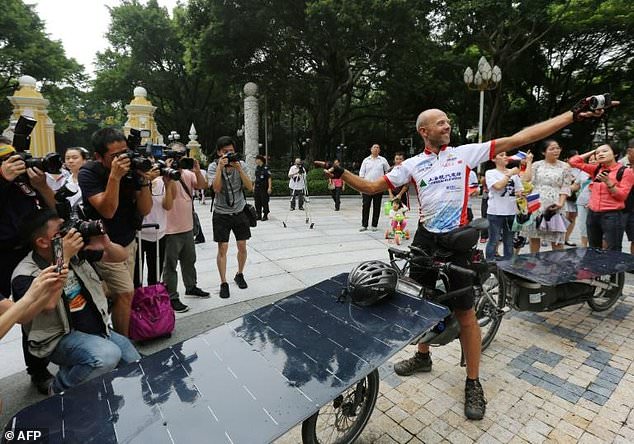 "I am very happy to have won, but also not to have damaged my bike, which is quite expensive," van Hulle told AFP.

The bicycle, which has a solar panel in the front and another on a trailer behind, is used for his daily commute, added the architect, who arrived in Guangzhou on Friday.

The race started in mid-June with 39 participants -- they were given 100 days to get from Lyon to Guangzhou without a fixed route -- with about 30 competitors remaining.

"This performance of solar (energy) applied to mobility and cycling is a success for the development of renewable energy," Sun Trip founder Florian Bailly told AFP.

This edition of the race picked China because of its position as the world's largest emitter of greenhouses gases, but also as the first country to invest in solar energy, Bailly added.

With the support of the French and Chinese governments, he believes the race could become a regular affair.