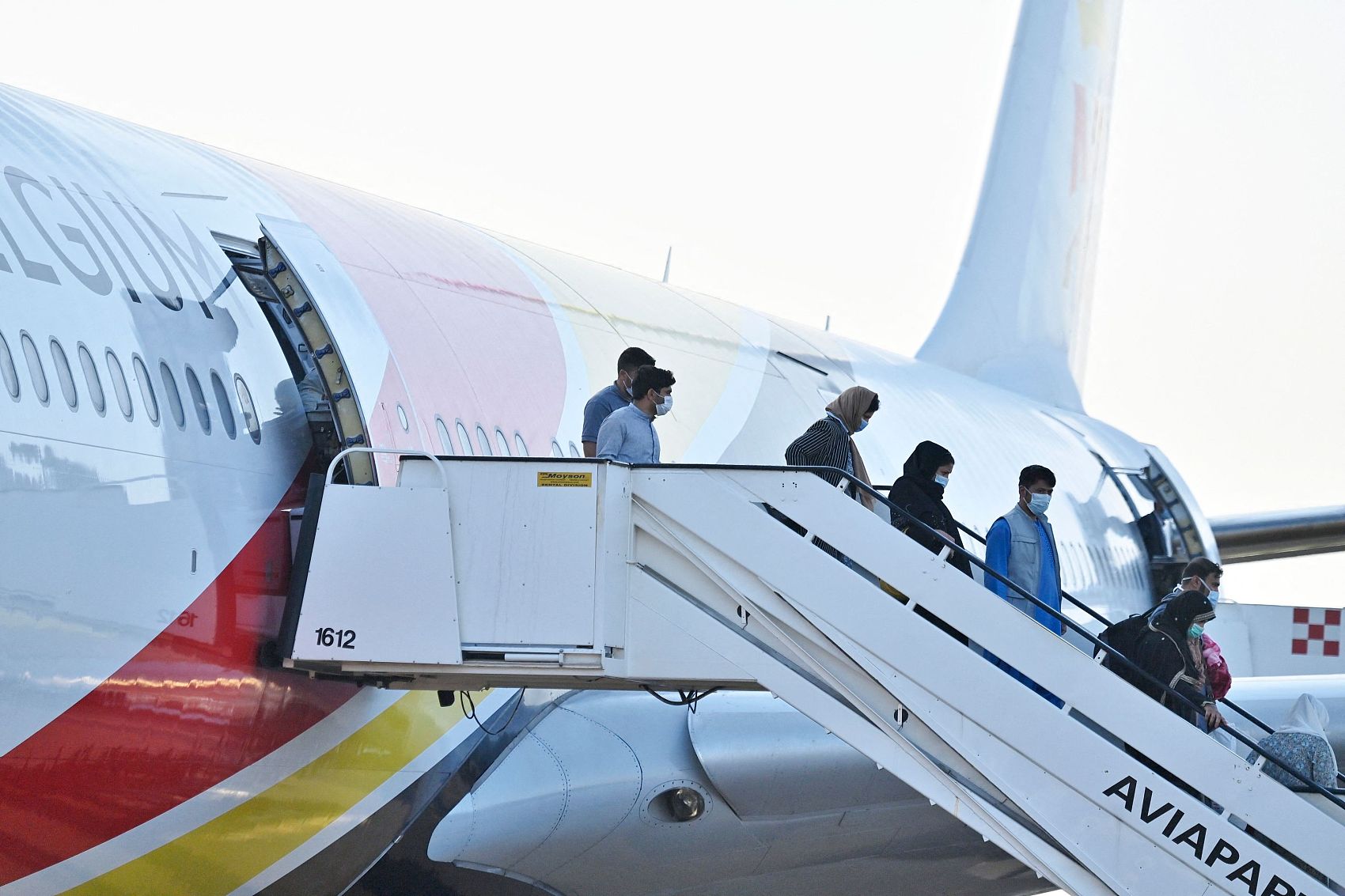 People disembark at the arrival of a chartered Air Belgium airplane carrying evacuated people from Afghanistan, at the military airport in Melsbroek, on August 24, 2021. (File photo: CFP)

"Safety has always been our priority. The situation deteriorated dramatically on Wednesday. We obtained information from an American source that there was a risk of a bomb attack (at Kabul airport)," said the prime minister.

However, he added, "that does not mean that it is the end of the assistance we can provide to the Afghans."

"What is happening in Afghanistan is a tragedy. Images of human suffering in recent days are very harsh and very moving," said Minister of Foreign Affairs Sophie Wilmes.

According to Wilmes, "during the six-day operation, 1,100 people under Belgian responsibility have been evacuated from Kabul to Islamabad."

According to a statement released by the Belgian Ministry of Defence, two planes with evacuees on board landed on Belgian soil Wednesday morning. One Airbus A330 MRTT aircraft had 196 people on board, while an Air Belgium flight brought 272 people back to the country.

In recent days, seven flights have been in operation from Islamabad to Melsbroek Military Airport in Belgium, with people evacuated from Kabul on board.