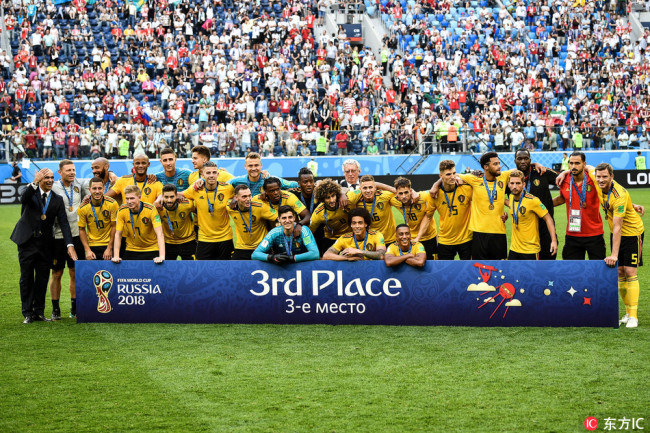 Belgium has achieved its best World Cup finish by beating England 2-0 in a third-place playoff, a game neither team really wanted to play.

Thomas Meunier gave Belgium the lead in the fourth minute when he prodded a Nacer Chadli cross past Jordan Pickford in the England goal.

Belgium was a constant threat on quick, incisive counterattacks and made it count again when Eden Hazard scored from a Kevin de Bruyne pass in the 82nd. Belgium’s previous best finish at the World Cup was fourth place in 1986.

It was Belgium’s second win over England in the tournament, following the 1-0 victory in the group stage.

Defender Toby Alderweireld denied England’s best chance of the game, sliding on the goal line to clear a chip from his Tottenham teammate Eric Dier.

De Bruyne collected the ball in midfield and turned and ran at England. He then slipped ball into Hazard as Jones got his feet in a muddle. That’s something Hazard never does: instead he bore down and Pickford and picked his spot into the bottom corner.

Romelu Lukaku was dropping deep, turning and playing a lovely ball behind Phil Jones into Nacer Chadli wide on the left. His sweet cross sent the ball right to Meunier, who slid in and secured the goal with his shin.

The formation of two teams. 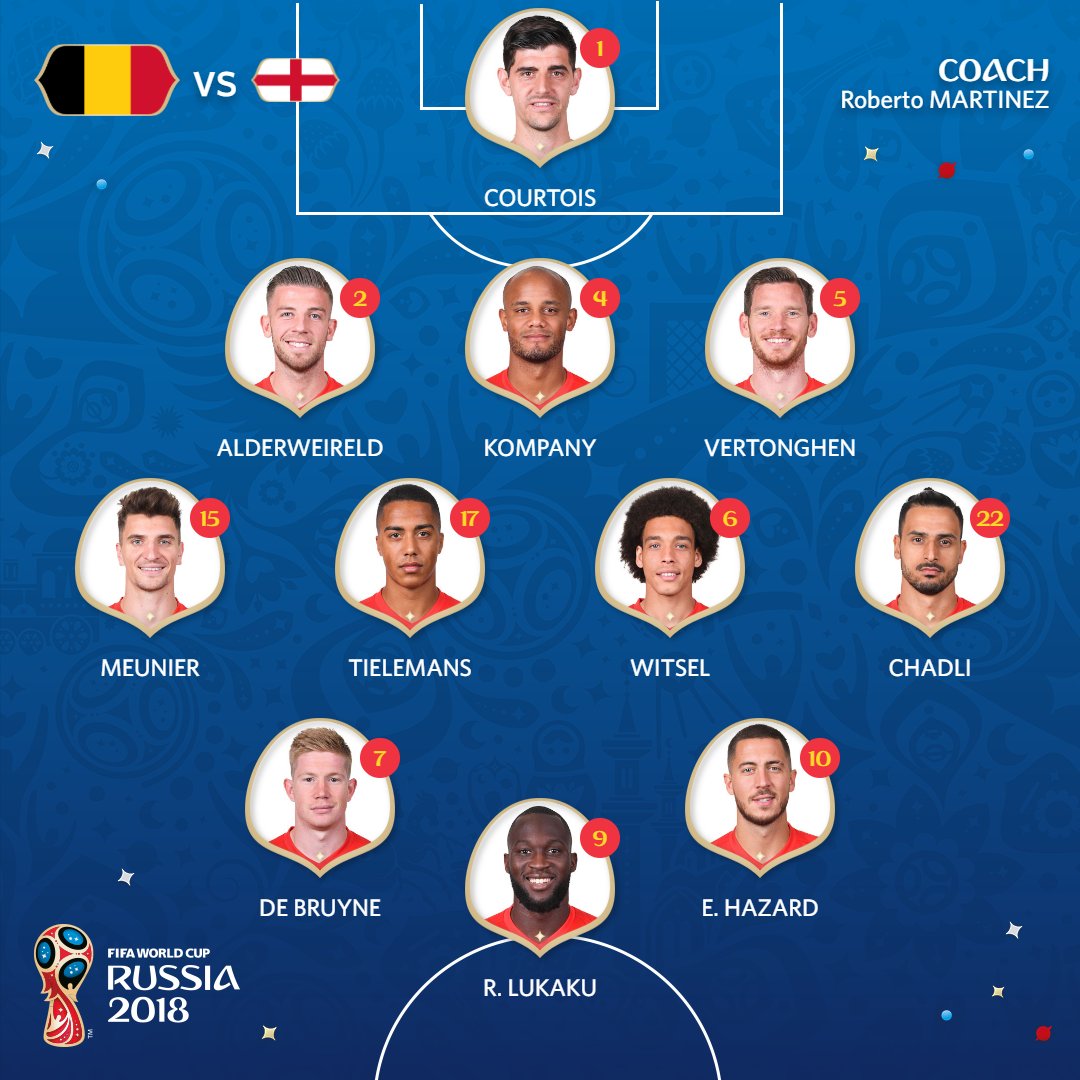 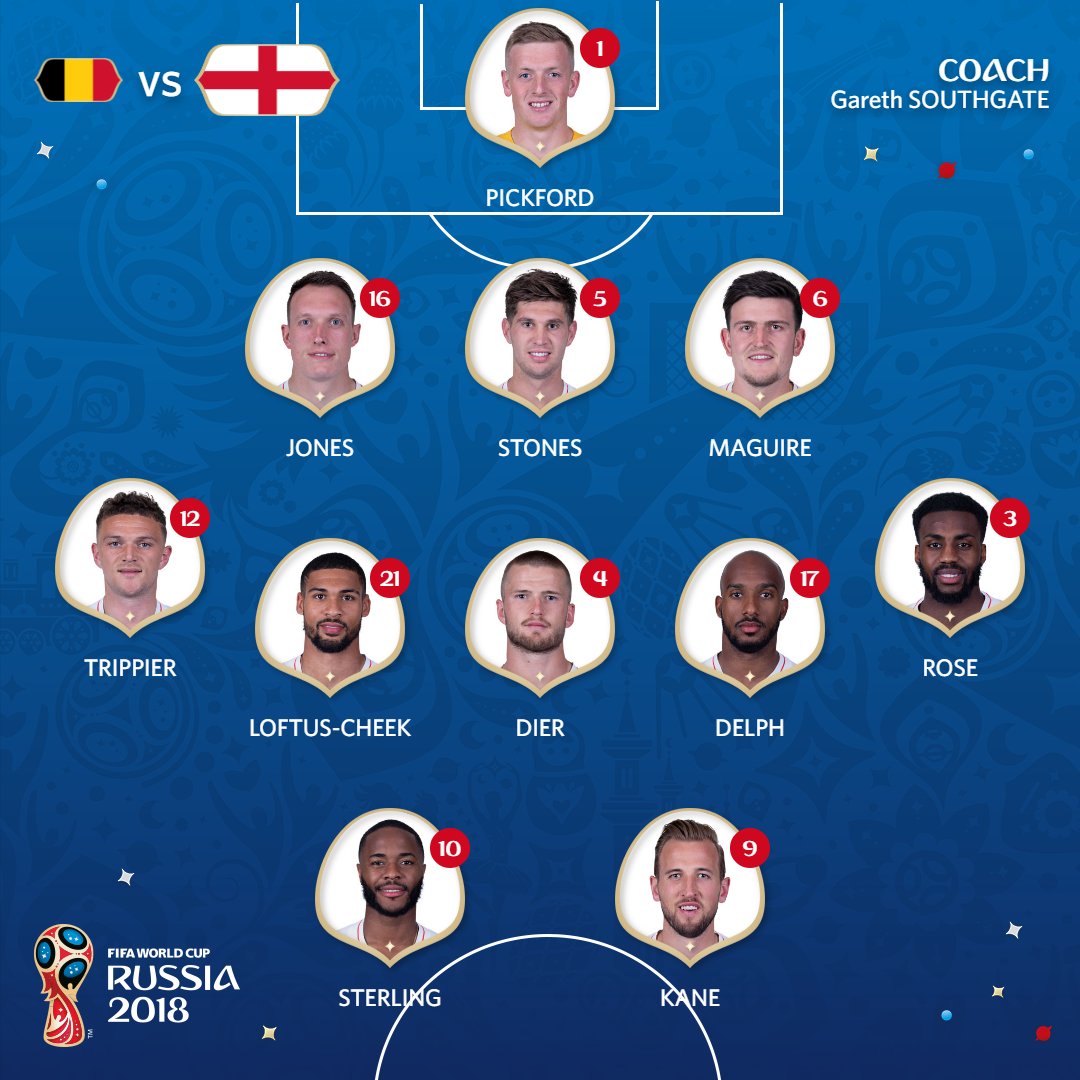