Belgium, with the worst COVID-19 infection rate in Europe, began its second national lockdown on Monday. The lockdown will last until mid-December. 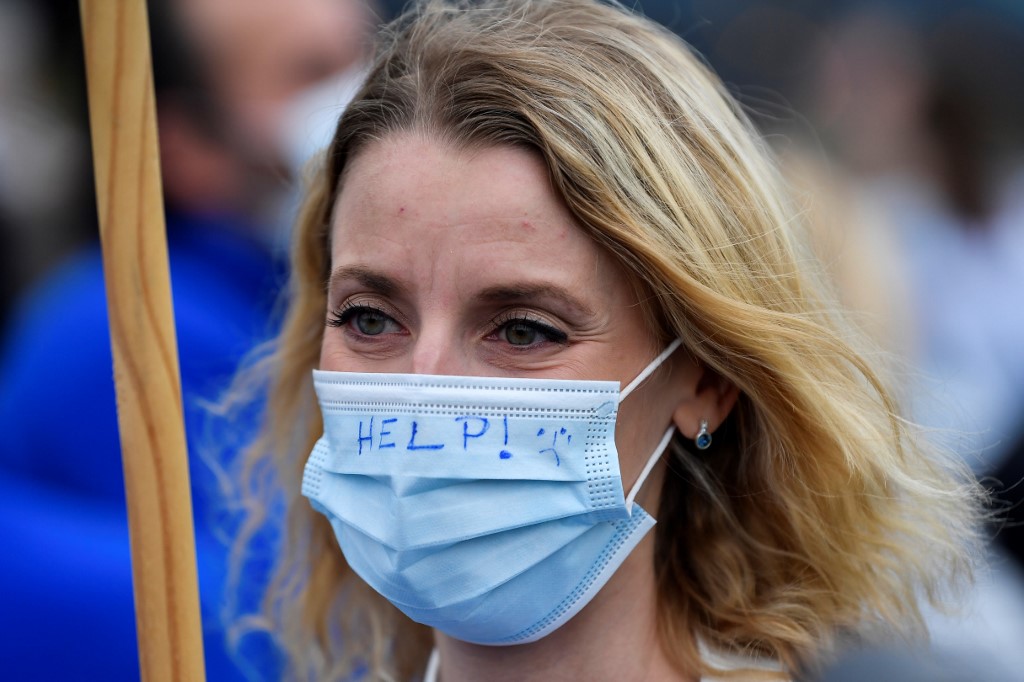 A woman looks on as she takes part in a demonstration in front of the hospital MontLegia, in Liege, gathering employees, including members of the medical staff, and called by the Belgian trade union National Center of employees (Centrale nationale des employes - CNE), on October 29, 2020 as the country faces a second wave of infections to the Covid-19, the novel coronavirus. (Photo: AFP)

According to the Belgian health authorities Sciensano, Belgium experienced a skyrocketing increase in COVID-19 confirmed cases in the past few months, with the highest daily record at around 240,000. This number surpassed the highest peak in the first wave.

Under the circumstances, the Belgium government decided to apply a second lockdown last week.

“Our country is in a state of sanitary emergency. The pressure is immense, as you have undoubtedly seen in recent days,” said Alexander De Croo, the prime minister of Belgium. “At the moment, there is only one choice. We have to limit our physical contacts as much as possible.”

The major measures for the second lockdown is more strict, including wearing a mask, working from home, closing restaurants and bars, stopping large gatherings in public places. However, the food stores, bookstores, supermarkets, tele-stores and many other stores and services are still open to public. People in Belgium can still travel abroad, even though they are strongly discouraged by the government.

As of Monday, there were 441,018 confirmed cases and 11,737 deaths. Now there are 6,823 patients in the hospitals, with 1,223 in critical condition. The Belgian public health system is almost overwhelmed with new patients. Germany will accept patients from Belgium, according to the agreement with the two governments.

"The Belgian government is not well-prepared for the pandemic," some public health experts commented in the media. The following weeks will be hard for this country.