Benefits of US economic expansion spread out more unevenly than before

The US economy added 224,000 jobs in June and the unemployment rate rose to a historical low of 3.7 per cent. According to local reports, this round of the economic expansion has became the longest in US history, surpassing the 1990s boom, which lasted a decade. 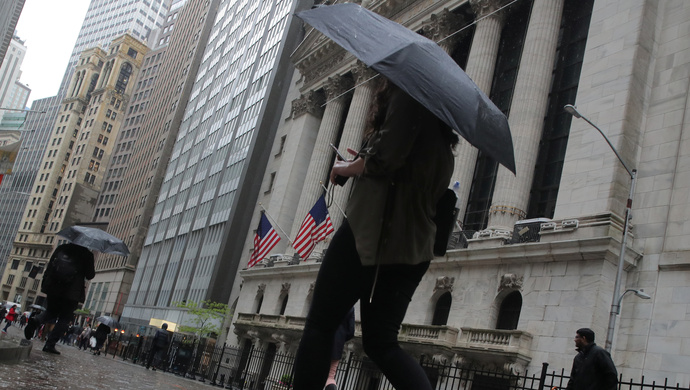 However, there are still signs that this expansion has been weaker and its benefits distributed far more unevenly than in previous growth cycles, leaving many Americans in a vulnerable position.

Half of US jobs pay less than $18.58 an hour and more than a third pay less than $15, which makes it difficult for people to save or invest for a better future. One in five children in the United States are living in poverty, according to the annual Kids Count Data Book released recently.

Poverty is measured in the US in two ways, but both focus on a lack of income. It means those who may have some income but lack other key necessities, like health insurance and access to quality education, are missing in official poverty data.

The first way that the US monitors poverty is through the official measure. This compares a family’s pre-tax income to a threshold. For instance, in 2017, a family of four was considered poor if its pre-tax income fell below about $26,000. Using this measure, in 2017, 12.3 per cent of the US population, or 39.7 million people, were poor.

The second measure is the Supplemental Poverty Measure which adjusts after-tax income by adding resources, such as food stamps, and taking away essential expenditures, such as medical out-of-pocket and childcare expenses. According to this measure, in 2017, 13.9 per cent of the population, or 44.9 million people, were poor.

The Washington Post said 40 per cent of Americans still struggle to pay bills. In a report, the US Daily talked with 30 Americans who were unable to pay all their bills, and a clear pattern emerged: Most were able to eke out a living until they faced an unexpected crisis such as a job loss, cancer, car trouble or storm damage. The extra expense caused them to get behind on their bills, and they never fully recovered. To get by, Americans have borrowed heavily in recent years. Total US household debt is now $13.7 trillion, surpassing the 2008 peak in dollar terms, according to the Federal Reserve Bank of New York. The surge in debt this time around is for cars and college, not mortgages.

“While near-term US growth momentum appeared to remain firm in early 2019 — a 3.2% increase in real GDP in first quarter of 2019 — much of this gain reflected one-off factors such as inventory building, a post-shutdown snapback in government spending and a boost in net exports that flies in the face of a weakening in global trade”, Stephen Roach, a Senior Fellow at Yale University's Jackson Institute of Global Affairs and a Senior Lecturer at Yale's School of Management told People’s Daily. He said with these factors expected to unwind and probably work the other way, US growth already seems to be receding, with most estimates now calling for just a 1-2 per cent gain in second quarter of 2019. With US capital spending indicators turning soft again in April — an outgrowth of trade-war-related uncertainty — a slowing of US GDP growth from the elevated 2.9 per cent pace of 2018 remains a distinct possibility.