The US sanctions slapped on a controversial Russian gas pipeline to Europe will likely delay the project's completion by several months to the second half of 2020, a top German official said Monday. 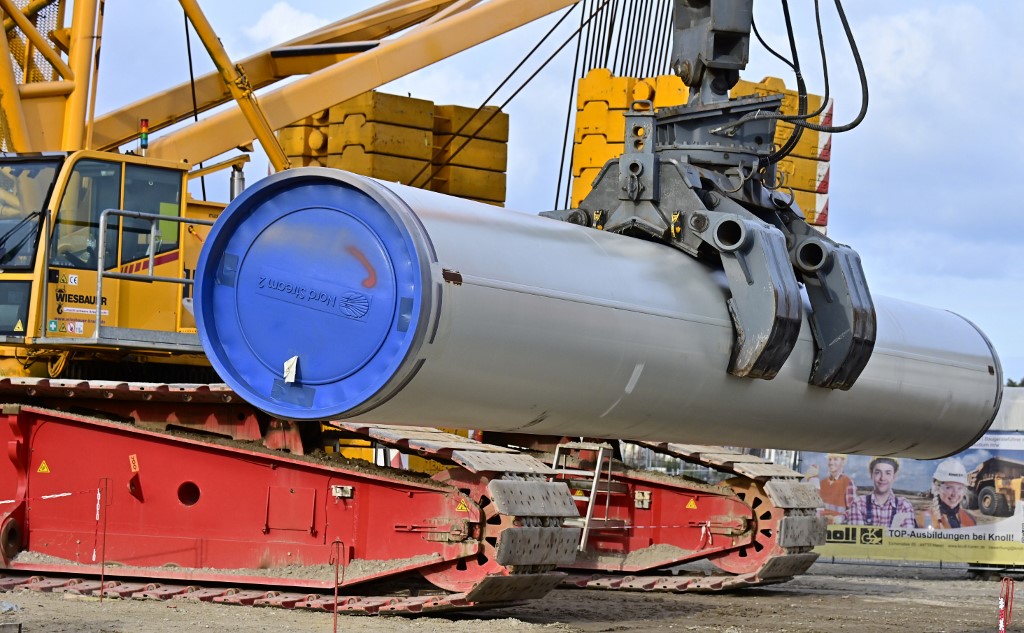 In this file photo taken on March 26, 2019 works are under way at the construction site of the Nord Stream 2 gas pipeline in Lubmin, northeastern Germany. (File photo by AFP)

"I expect the pipeline to be finished in the second half of 2020," Peter Beyer, Chancellor Angela Merkel's transatlantic coordinator, told German radio.

The Nord Stream 2 pipeline was initially slated for completion in early 2020 with a view to being operational in mid-2020.

Moscow and Berlin have reacted angrily to the sanctions imposed by Washington on Friday over the 9.5 billion euro ($10.6 billion) pipeline under the Baltic Sea that aims to double Russia's natural gas deliveries to Germany.

Speaking to Deutschlandfunk radio, Beyer said that although the sanctions would "postpone the completion" of the pipeline, he believed "alternative" solutions could be found that would nonetheless "be more expensive".

The United States has long opposed Nord Stream 2, saying the pipeline would give Russia too much influence over security and economic issues in western Europe.

It would also allow Russia to reroute supplies from overland pipes running through Ukraine, with Kiev expressing concerns that this would deprive them of vital leverage over its giant neighbour.

Critics however have also pointed out that Washington's resistance to Nord Stream 2 comes as the US is trying to sell more of its own, more costly liquefied natural gas (LNG) to Europe.

The Russian government on Monday insisted the sanctions would not be allowed to derail the project as Moscow weighs its response to Washington.

"Such sanctions are unacceptable for us, and we are confident that such measures won't prevent finishing the construction of such an important project," Kremlin spokesman Dmitry Peskov told reporters.

"In any case, we won't leave such steps unanswered," he said.

"As to when and how this will be done, this will depend on Russia's national interest."

In Berlin, Merkel's spokeswoman Ulrike Demmer said discussions were ongoing with the different parties to find a solution.

"And we will continue to express our view that we don't condone such extra-territorial sanctions," she said.